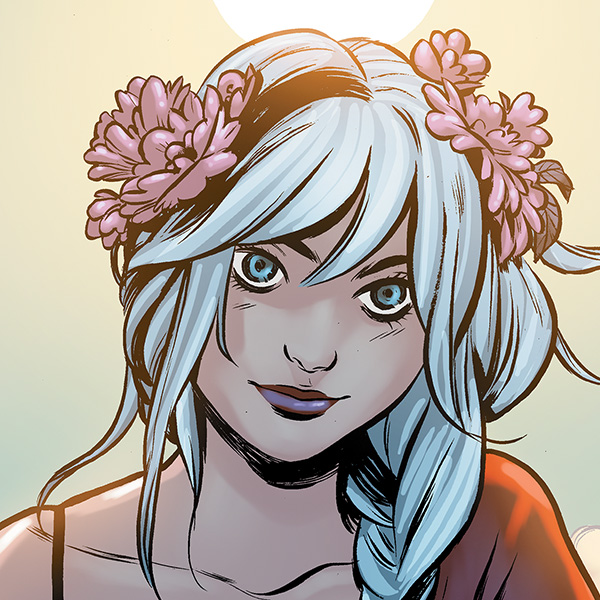 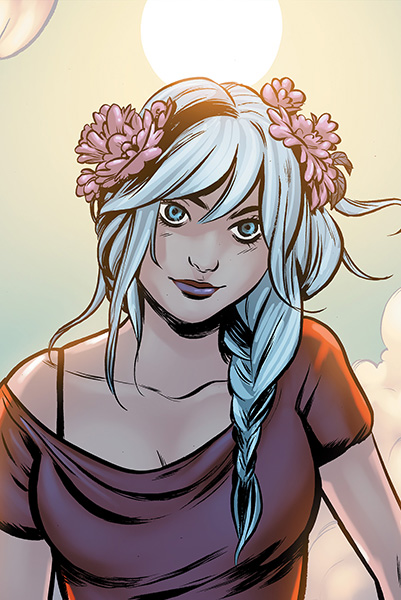 Heir to a host of dark magical powers, Abigail Arcane prefers to use her empathetic powers to help others as ally, friend, and lover to Swamp Thing.

Heir to a host of dark magical powers, Abigail Arcane prefers to use her empathetic powers to help others as ally, friend, and lover to Swamp Thing.

The woman known as Abigail "Abby" Arcane has been a fixture in the world of the elemental called the Swamp Thing since almost the very beginning. Born with psychic abilities and into an aristocratic family, her striking white hair with jet black streaks set her apart from the locals in the nearby Eastern European village where she was raised. Her family life was fraught with drama, as her parents died when she was very young, and her uncle Anton Arcane was a manipulative sociopath. It was Anton who sought to lead Abby down a dark path of black magic for his own ends, although he ultimately failed at doing so. She eventually fled to America, where she became romantically entangled with government agent Matt Cable, an adversary turned friend of the Swamp Thing.

Although she married Cable, she soon discovered that her heart really belonged to their friend and ally Swamp Thing. When Cable died tragically, Abby and Swamp Thing pledged their true feelings for one another and were married. Together they had a child who was half-human, half-plant, and they lived together in the bayous of Louisiana.

In the post-Flashpoint timeline, Abby Arcane became even more powerful, as she had a deep connection to the elemental forces known as "The Black," which connected her to the primal forces of rot and decay. For a time, she was even the Avatar of this force, and went by the name the Black Queen. Despite her status, she still found herself drawn to the Swamp Thing, although in this current reality, the pair are not married. Despite these two souls being embodiments of the opposing forces of life and death, it also seems they always find their way back to one another in any reality.

Abigail Arcane was born in Transylvania, Romania, legendary land of medieval superstitions and legends such as Dracula. Called "Abby" for short, her father Count Gregori Arcane raised her after her mother, Anise Arcane, was murdered. Superstitious villagers accused Anise of witchcraft, and had her burned at the stake, despite her being married to a nobleman. From that point on, Abigail was raised by her father and his brother, the wicked occult expert Anton Arcane.

From an early age, Abigail showed psychic tendencies; she could empathically feel the emotions of others, and could even read their minds and project her own thoughts, and even exhibited signs of telekinetic power. As a teenager, Abby became interested in learning medicine and helping others, but her uncle Anton wanted to train her in the use of black magic. When her father refused to allow any such instruction, he was suddenly killed by a land mine explosion arranged by his brother Anton. Anton then used his skills in the Dark Arts to bring his brother back as a supernatural being called the Patchwork Man, who obeyed his commands.

Shortly after this Abby crossed paths with the government agent known as Matt Cable, who had come to Eastern Europe hunting Swamp Thing, falsely believing he was responsible for the deaths of Cable’s friends, Alec and Linda Holland. Abby and Cable formed an instant bond, one that would soon blossom into full blown romance. When Swamp Thing and the Patchwork Man battled it out in Abby's ancestral home of Castle Arcane, the entire estate wound up being destroyed. Abby believed her uncle and resurrected father were killed in the incident, so she decided to leave her birthplace behind, and accompanied Matt Cable to the United States.

Eventually, Matt Cable and Abby discovered that Swamp Thing didn't kill Alec Holland, but that he is in fact Alec Holland (This discovery later proved to be untrue, as Swamp Thing had Holland's memories, but was instead an entirely new being). However, now knowing that Swamp Thing didn't murder his friend, Matt Cable and Abby become his allies. As Abby's relationship with Cable became more serious, the two got married, and moved to Louisiana. But their marriage was replete with problems from the get-go. Matt developed a drinking problem, and Abby found herself romantically drawn more and more to Swamp Thing. Their problems reached their pinnacle when Matt became gravely injured in a drunk driving incident. Her villainous uncle Anton attempted to possess Matt's body, which resulted in his falling into a long coma from which he never recovered.

After Cable’s death, Abby grew even closer to the Swamp Thing. The unlikeliest of couples, the two were married and lived together in his swamp. Wanting to start a family, but not knowing exactly how, an incredible plan was concocted. The occult expert John Constantine, a frequent ally of the Hollands, allowed Swamp Thing the use of his body to conceive a child with Abby, in effect acting as a surrogate for Swamp Thing's essence. Abby then named their daughter Tefé. As a half-human, half-plant hybrid, Tefé had access to the powers of The Green, which controlled plant life, and the Red, which controlled animal life.

In the post-Flashpoint reality, Abby's history is quite different than it was previously. Instead of Transylvania, Abby was now from the Eastern European country of Blestemat. While still a baby, Abby accidentally killed her mother with her emerging powers, and was then raised by her uncle Anton. Anton manipulated his niece, hoping to establish a connection between her and the elemental force called The Black, also known as The Rot, an elemental force of death and decay, and something the entire Arcane bloodline shares a connection with. Abby has a half-brother in this reality named William, who also has this connection. Their uncle Anton became the Avatar of the Rot, much as Swamp Thing is the Avatar of the Green. Eventually, Abigail herself became the new Avatar after Anton’s abuse of power, and takes the name the Black Queen. Although she has a strong connection still to the Swamp Thing, in this reality the two are not yet married. Nevertheless, it seems no matter what changes in the Multiverse there are, Abby Arcane will always have a deep and long lasting connection with the Swamp Thing. 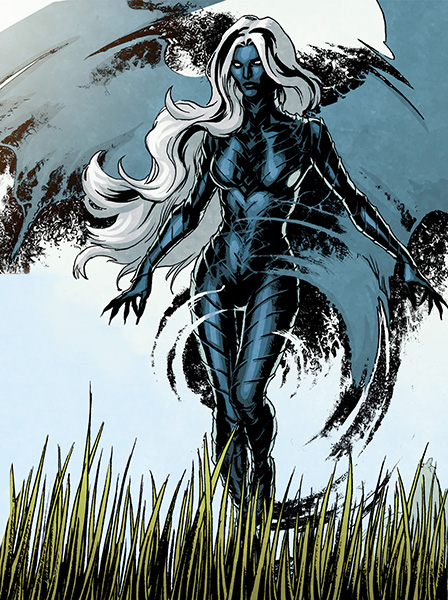 Abigail Arcane was born with psychic powers which manifested themselves in early childhood. She was mostly an empath, and could sense the emotions of others. This allowed her to sense the soul within Swamp Thing, which allowed for her to eventually fall in love with him. She has also exhibited a lower level of other psychic powers like telepathy and telekinesis on occasion.

Because of her empathic powers, Abby could keenly sense the feelings of those around her and chose to be a medic to help others in pain. In the post-Flashpoint universe, Abby became the Avatar of the Black, and has much greater powers than she previously had. She exhibits incredible abilities like the control of rotting in organic lifeforms, as well as the powers of flight, and a certain degree of shape changing abilities. 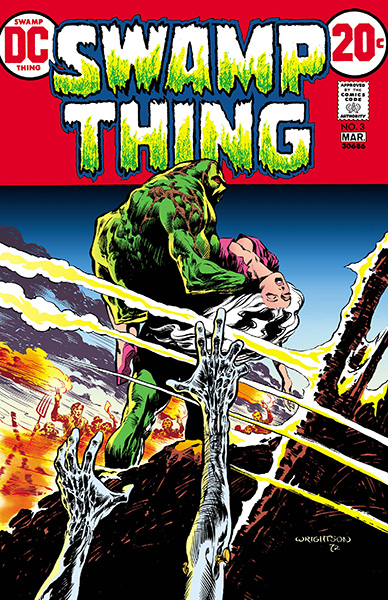 In her first appearance, government agent Matt Cable encountered Abigail Arcane as a young medic and first aid worker operating in the Balkans. Cable is there following a lead on Swamp Thing, who he believed murdered his friends, Alec and Linda Holland. Swamp Thing engages in battle at Castle Arcane with the mystic Anton Arcane and the Patchwork Man. By the end of the story, it was revealed that Abigail is in fact Anton's niece, and her deceased father Gregori was the basis for the Patchwork Man. 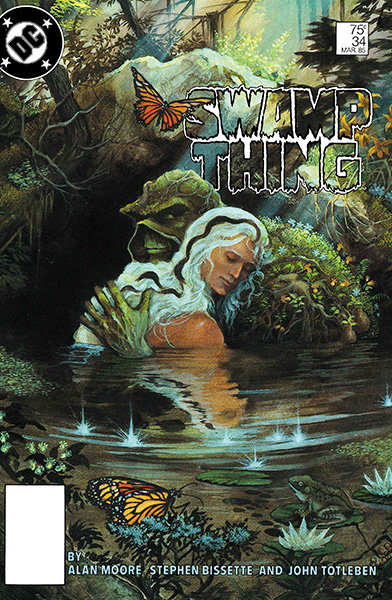 Although now married to a comatose Matthew Cable, Abby finally admits to herself that he is never recovering, and acknowledges her love for Swamp Thing. When she revealed her true feelings for him, he admits that he has loved her for years as well. Communing with him in his home in the bayou, she ate a tuber from Swamp Thing's body, and has a hallucinogenic experience. Through this experience, she felt more connected to Swamp Thing and to the Green, than ever before. From this point forward, the two consider themselves married, and this moment as their wedding.

In this issue, Abby and the Swamp Thing achieve the seemingly impossible and start a family. To make this happen, Swamp Thing transfers his essence into a human body, choosing the occultist John Constantine to act as his vessel. Soon after, Swamp Thing finds himself hurtling through time, while Abby goes into labor. But Swamp Thing emerges in the present just in time for his wife to give birth to their daughter, whom they name Tefé. 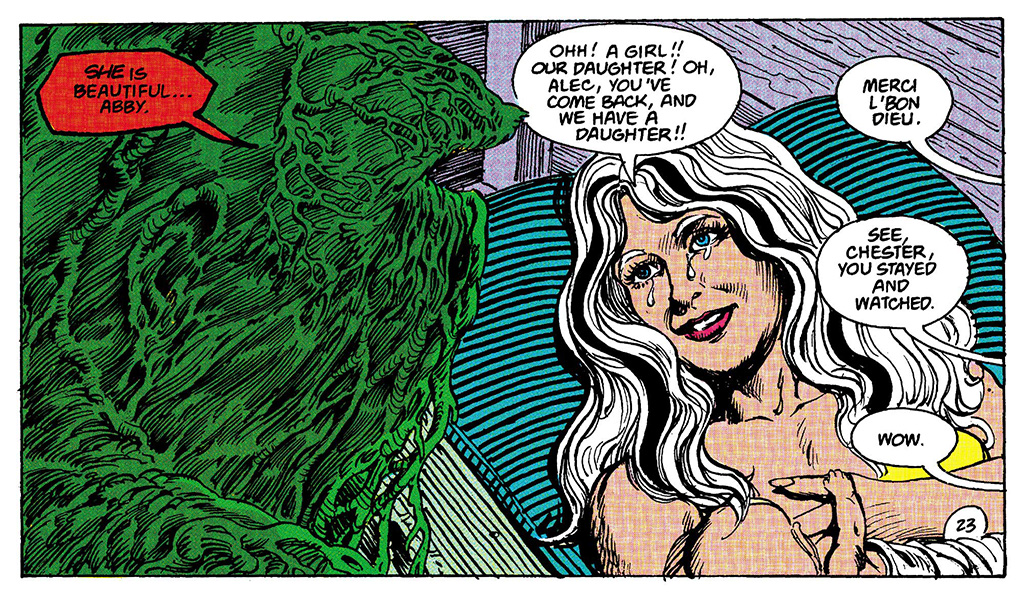 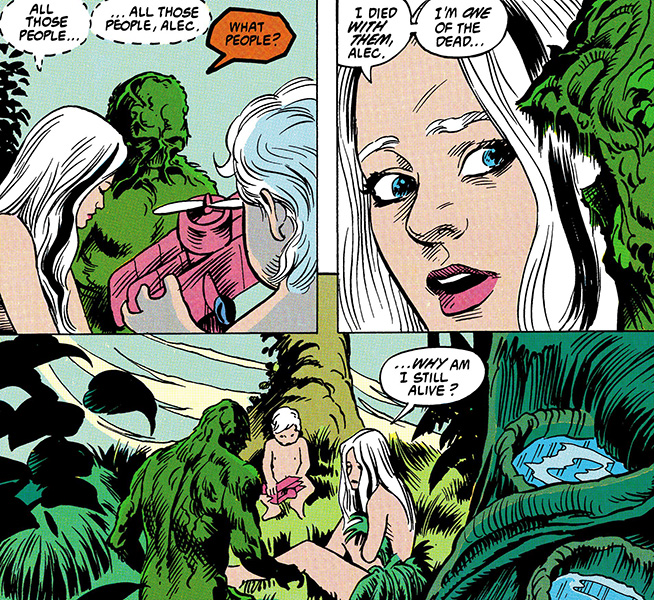 In this chapter of the "The Quest for the Elementals" storyline, Abigail and her infant daughter find themselves separated from Swamp Thing, and trapped in the rainforests of Brazil. They are captured by a group of greedy ranchers who wish to burn down the rain forest for their own business interests. The ranchers murder a group of indigenous peoples who were the Honor Guard for the Parliament of Trees and then shoot Abby and kill her. However her daughter Tefé manages to bring Abby back to life, showing the true extent of her powers for the first time. 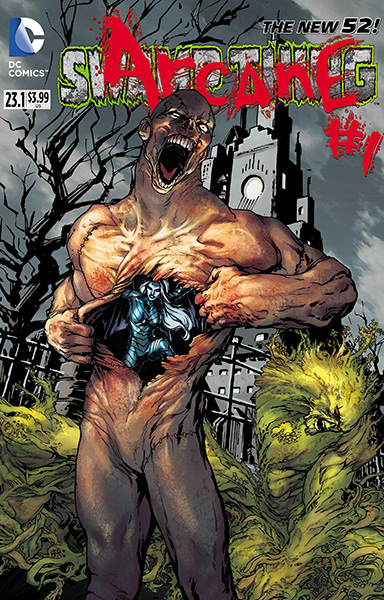 In the post-Flashpoint reality, Abby Arcane learns the truth behind her mother's death and confronts her uncle Anton, who is trapped in his own unique version of Hell after losing his status as Avatar of the Black. Now the Avatar herself, Abby demands her uncle explain to her why her mother had left her as a child, something that has haunted her.

Anton reveals the truth to Abby: the woman who raised her was not her real mother. In reality, Abby had killed her real mother as an infant by tapping into the power of the Black without knowing it. This news devastates Abby, and she leaves her Uncle behind, reminding him that she'll never allow him to leave his personal prison.