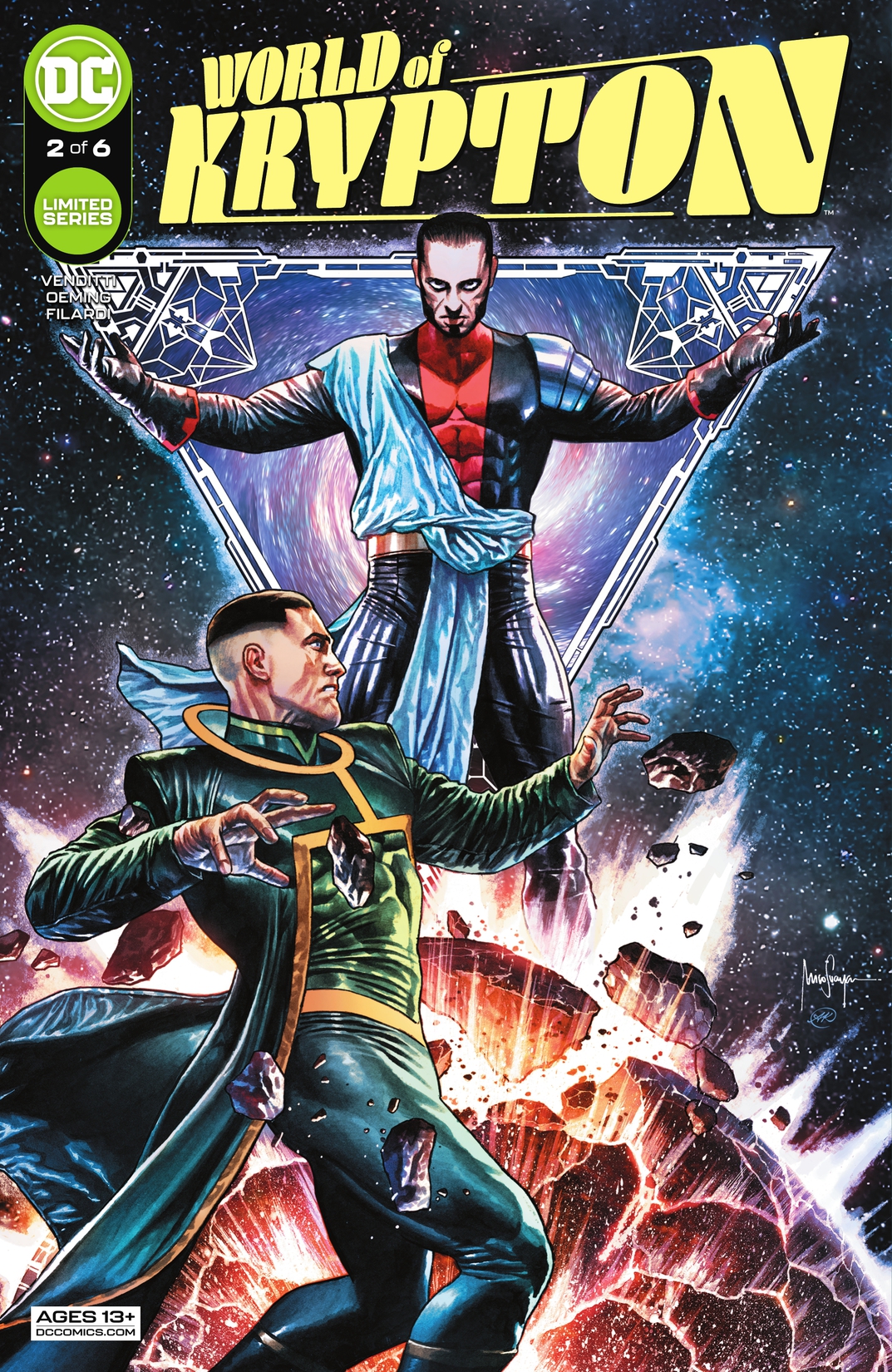 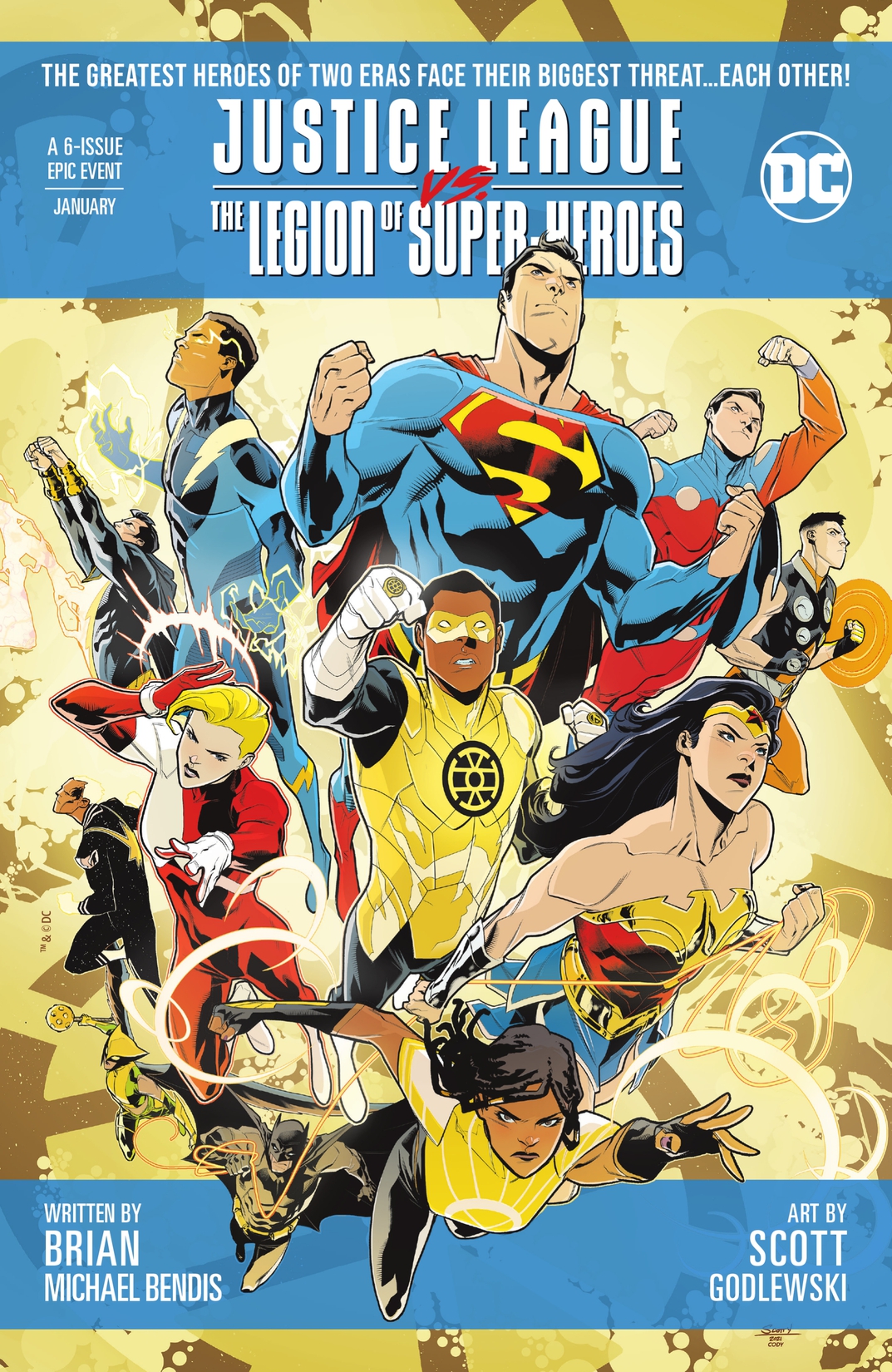 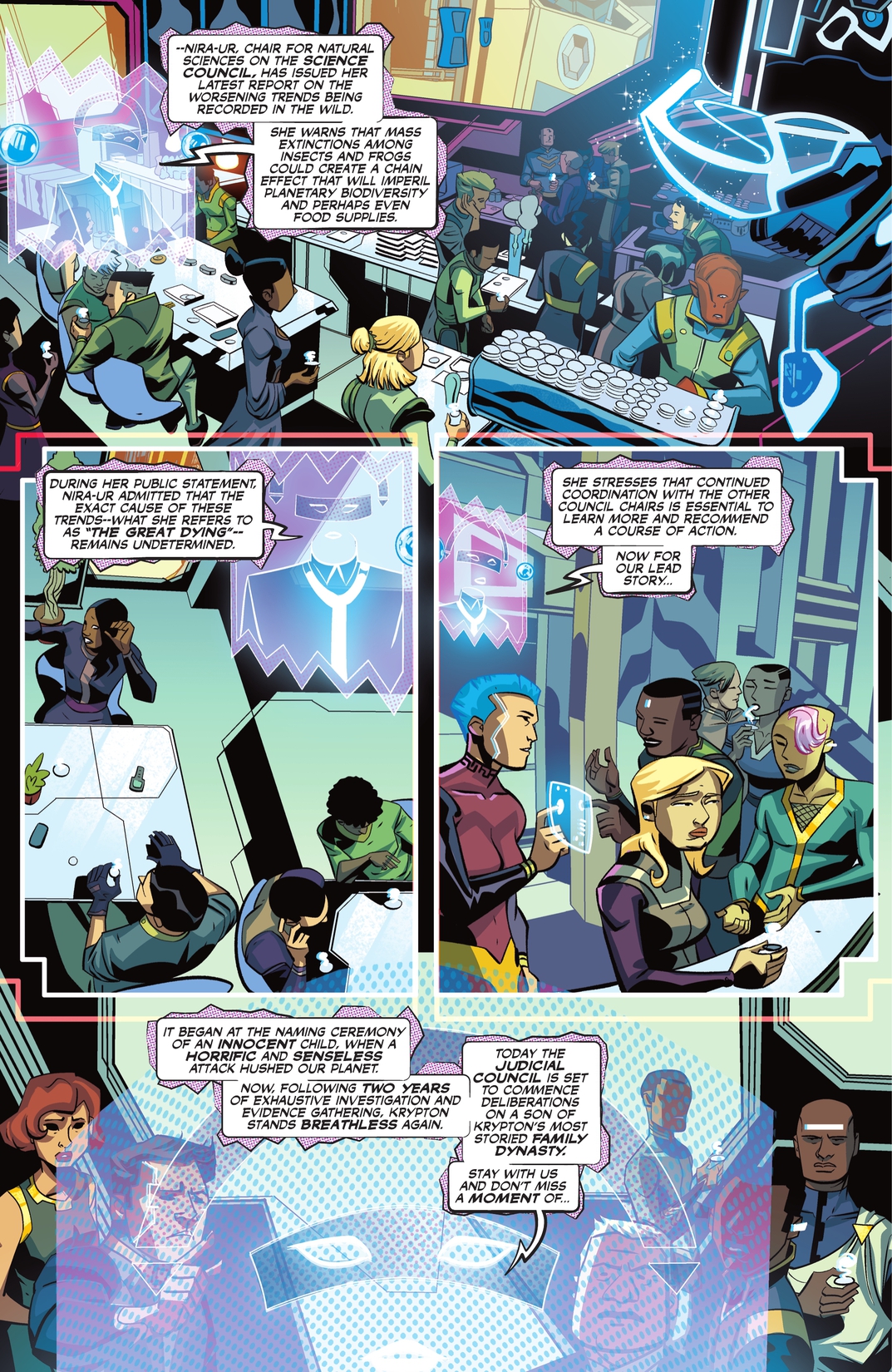 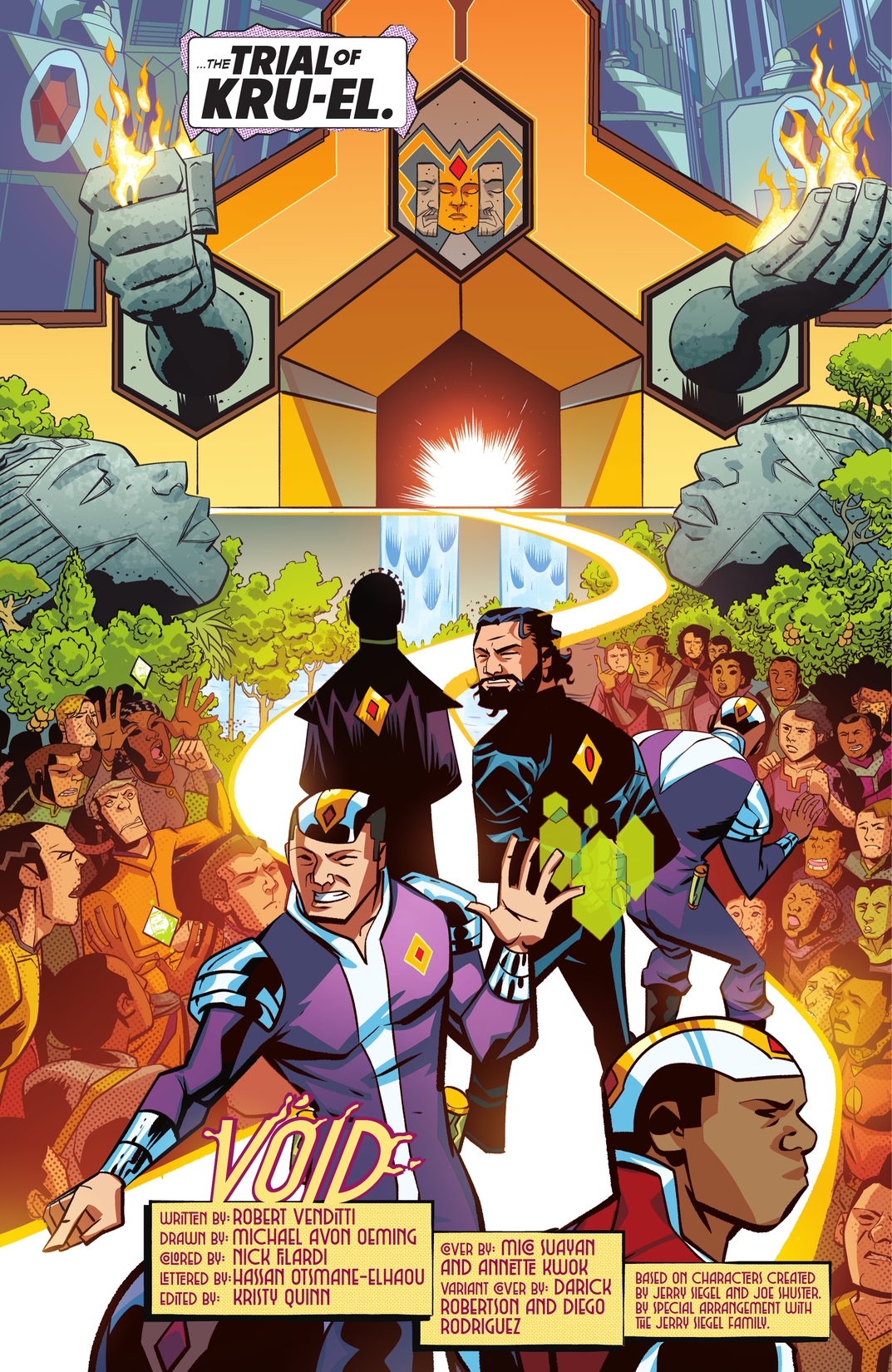 The trial of the millennium! As Jor-El and his brother investigate the mysterious mass-extinction events ravaging Krypton’s natural world, a much more public event holds the planet’s attention—a member of the House of El stands trial for aiding violent revolutionaries. As all of Krypton watches, a betrayal is revealed that threatens to shatter the long-standing friendship between Jor-El and General Zod.