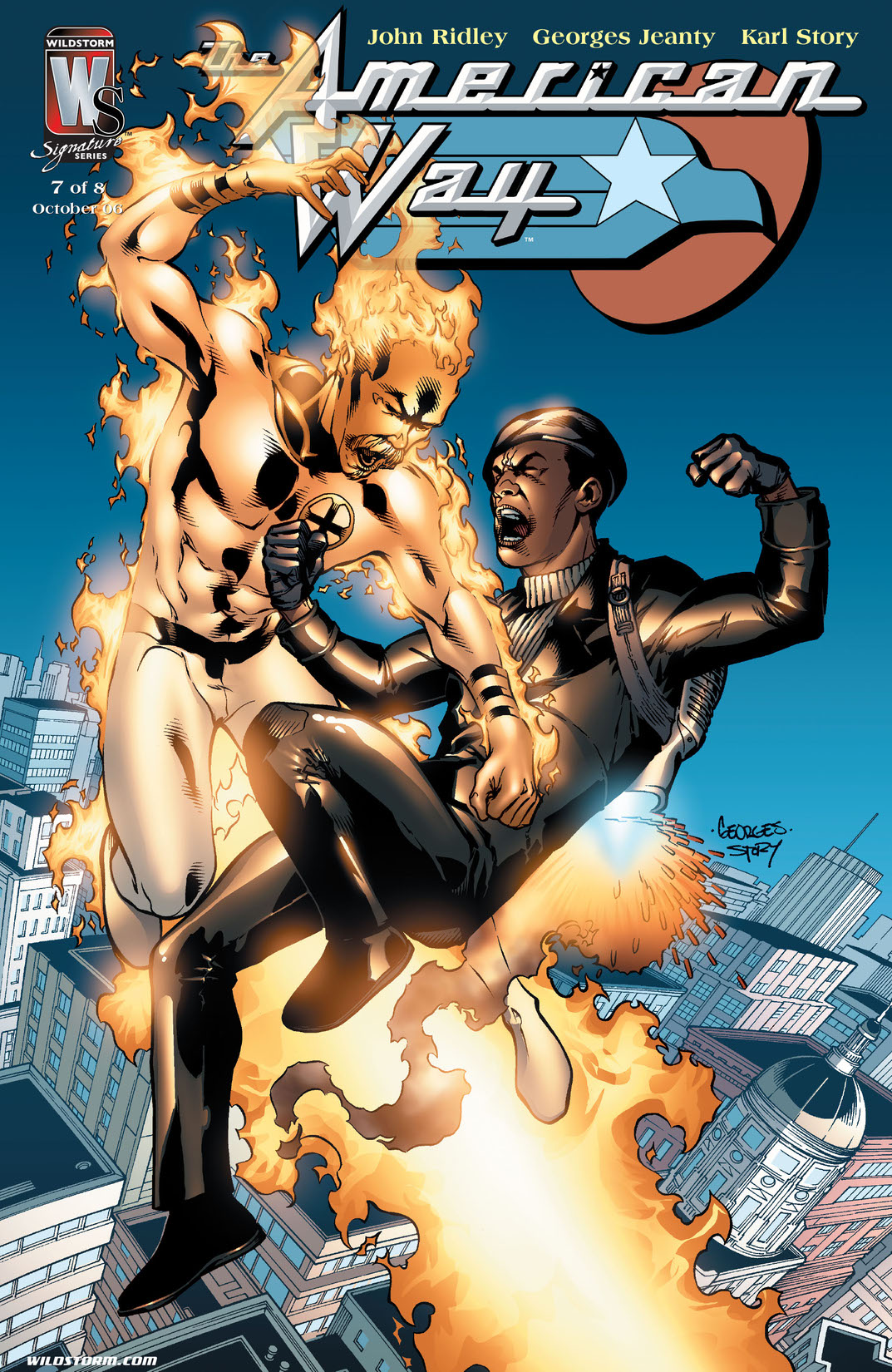 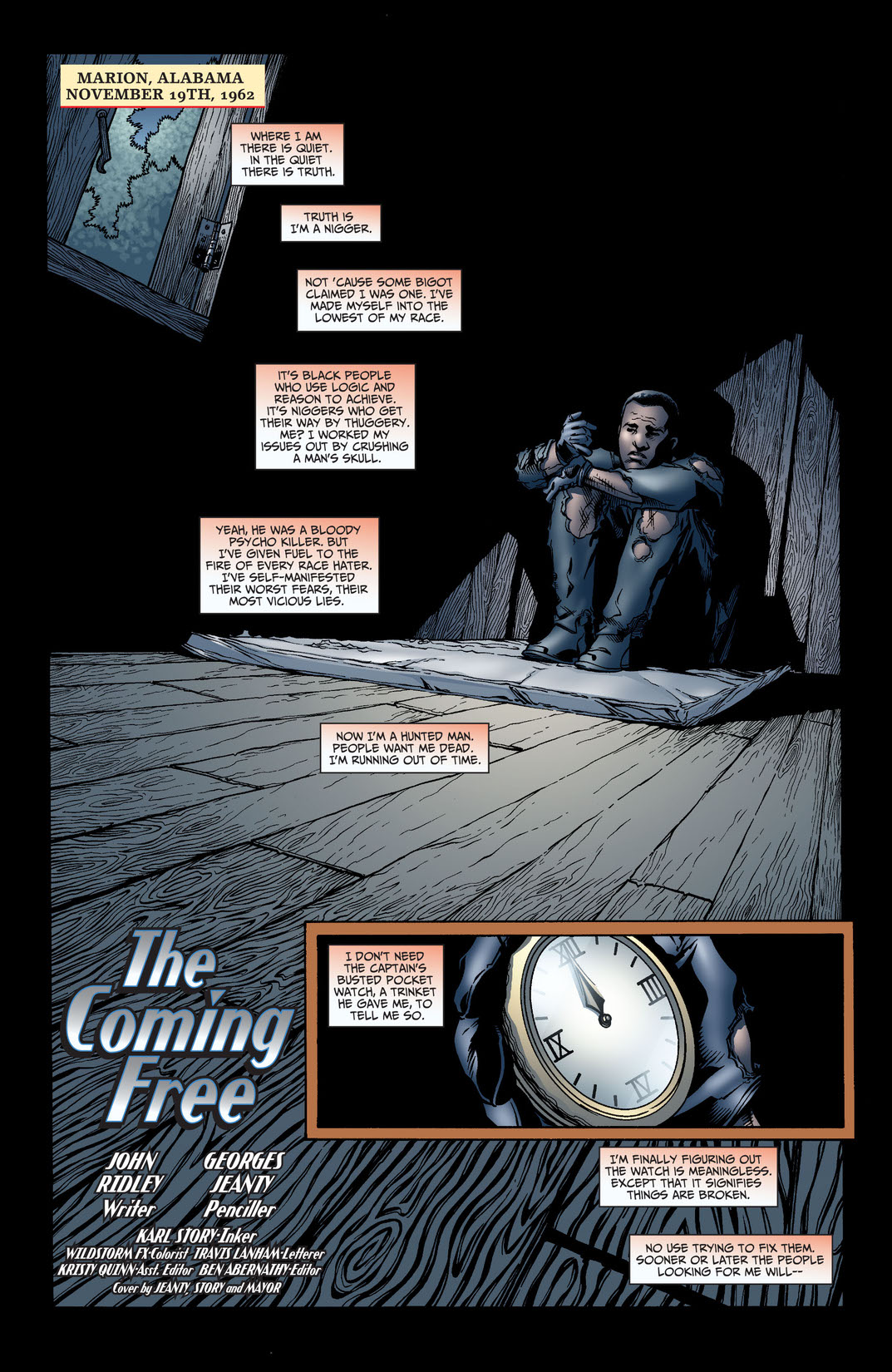 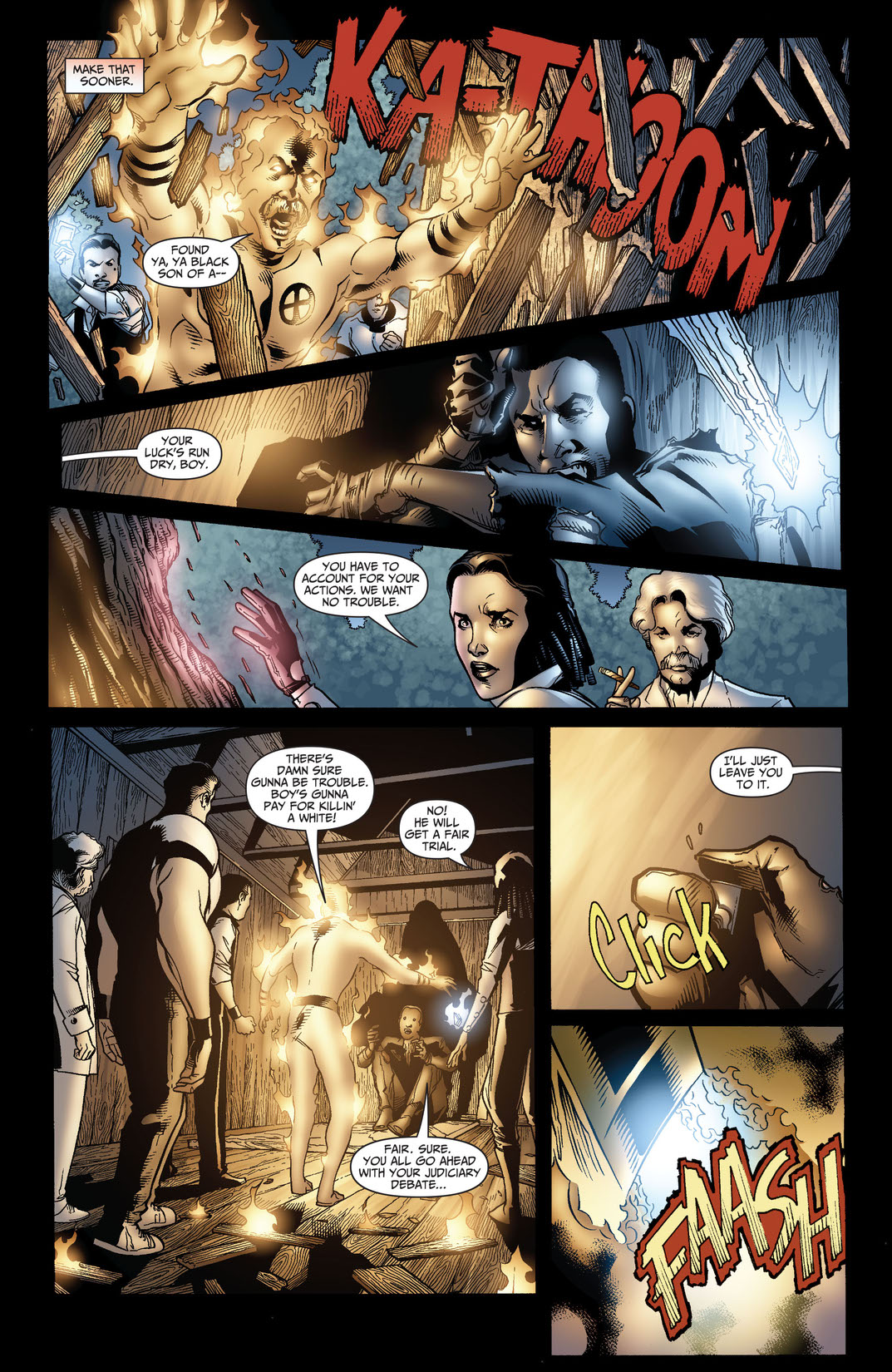 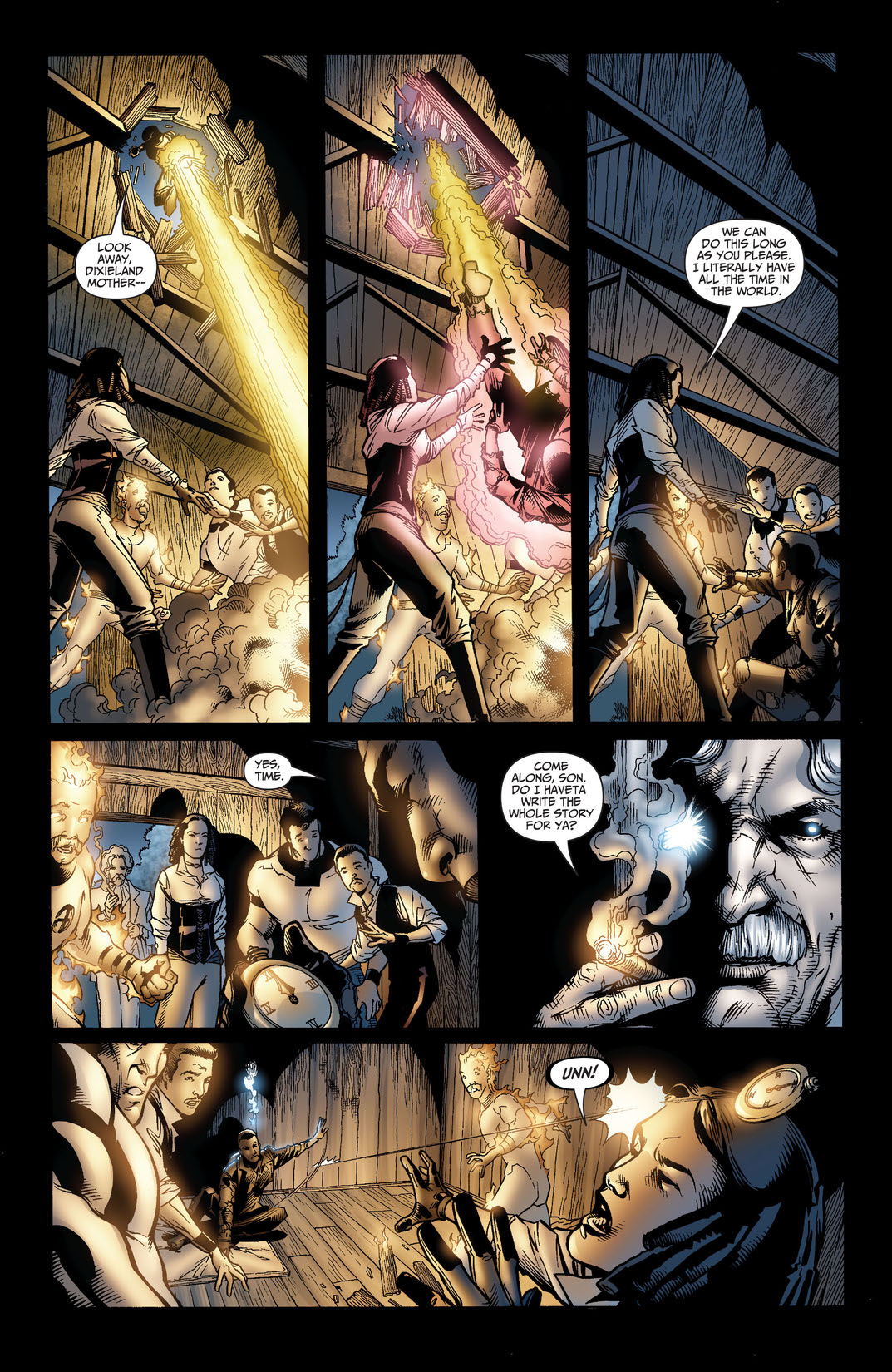 Open combat has erupted in the ranks of the Civil Defense Force, and the New American is at the center of it! With America's super-heroes fighting before television cameras, the President makes a difficult decision about America's super-hero civil war!