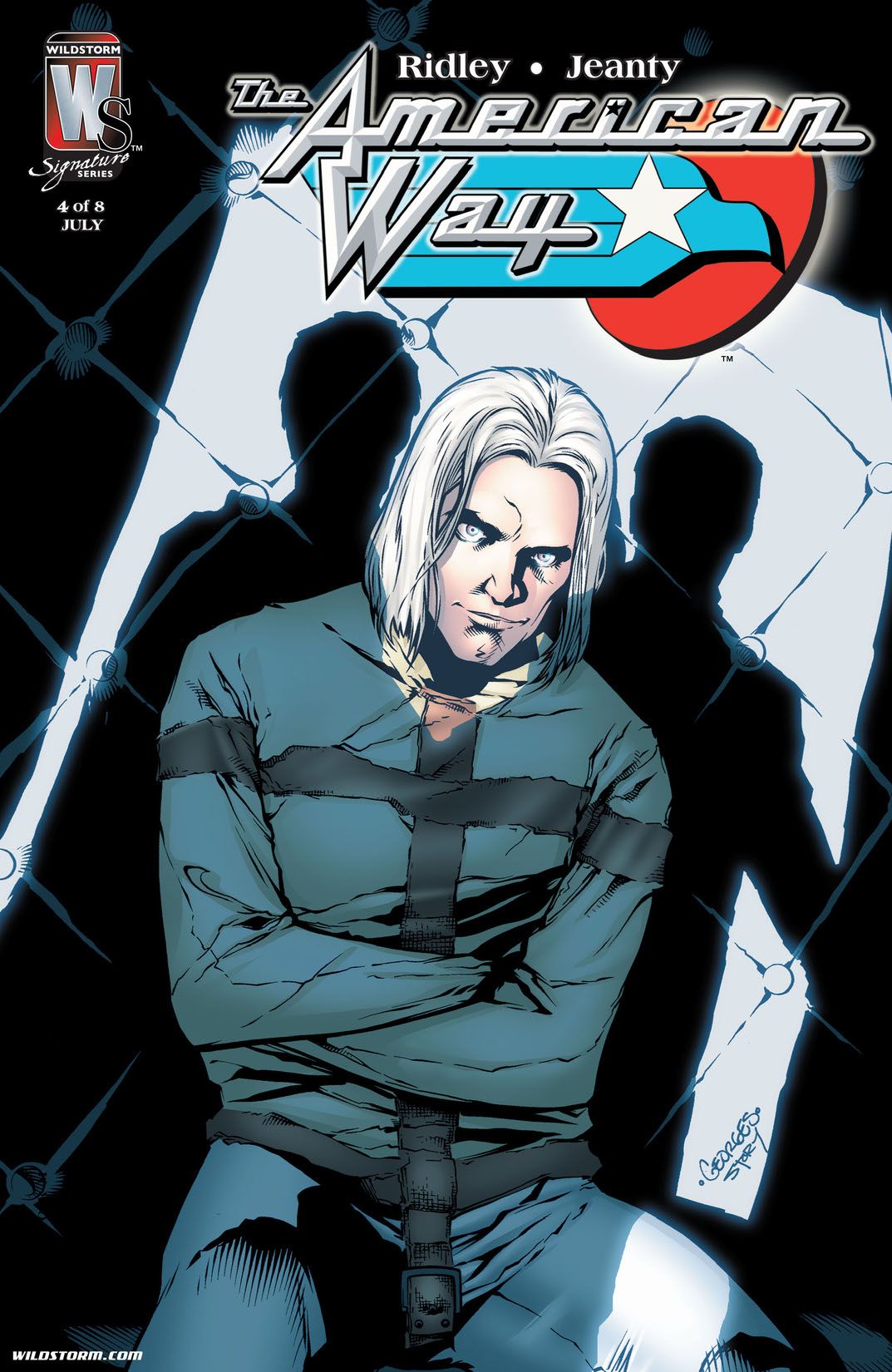 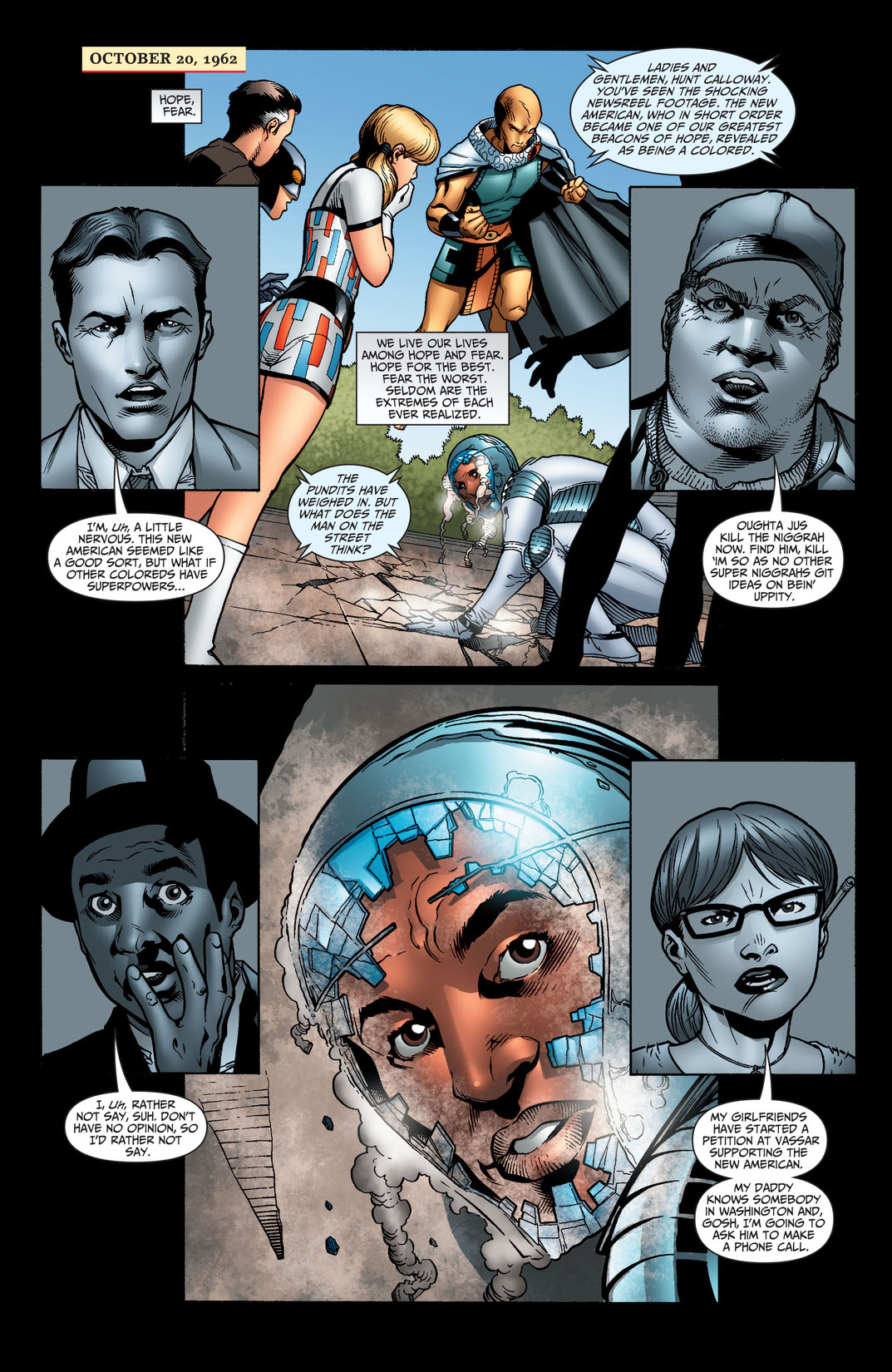 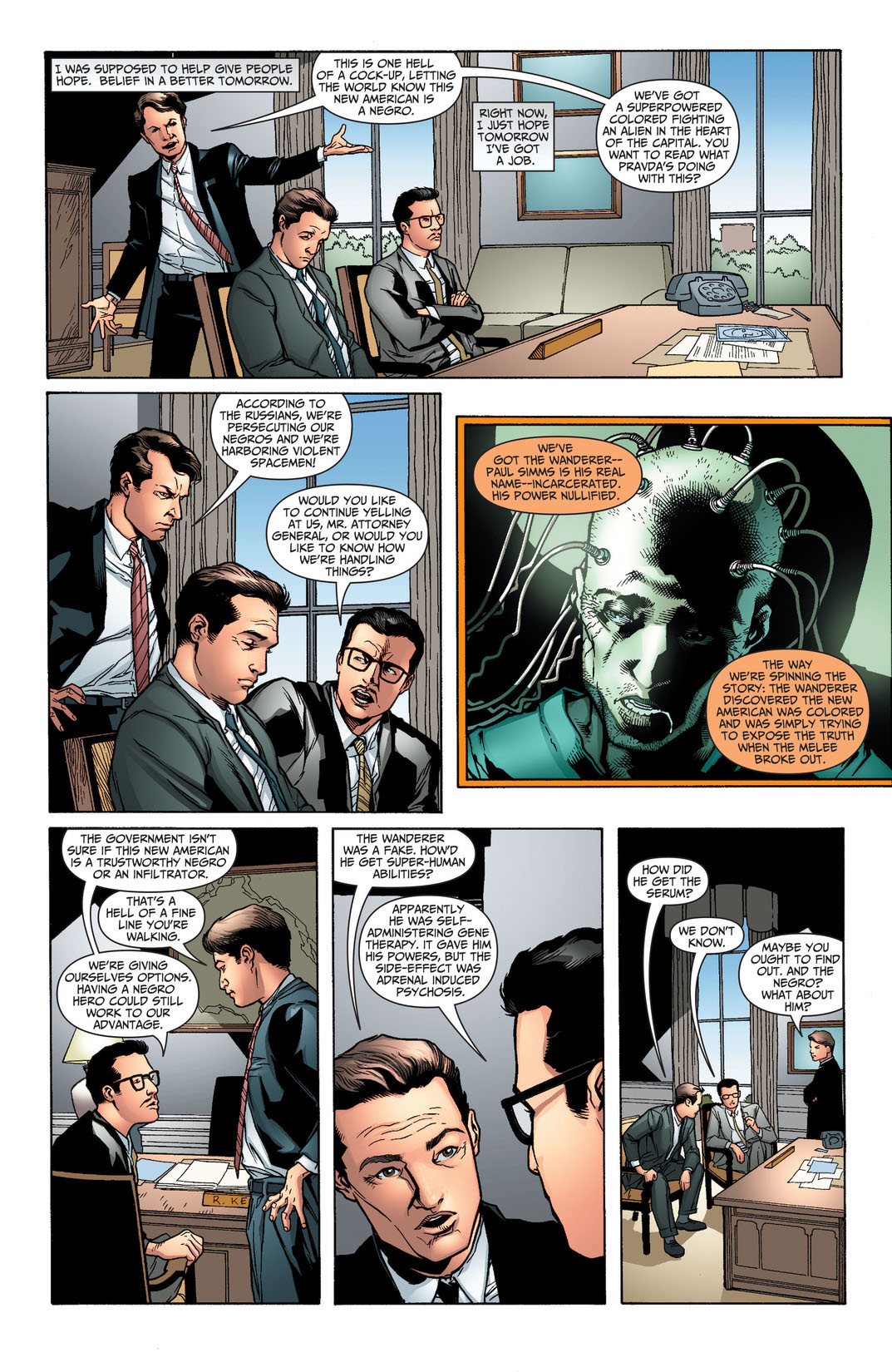 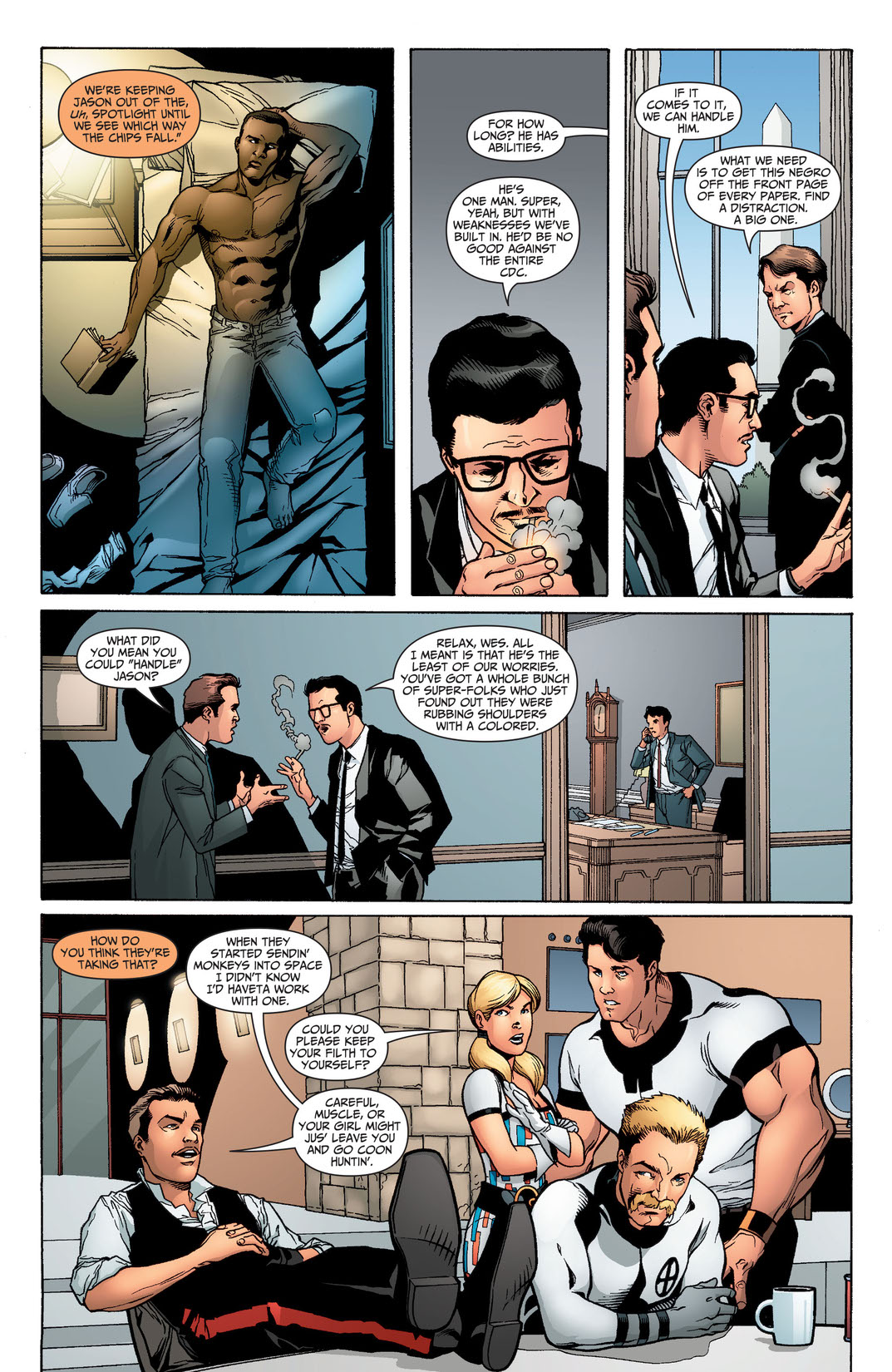 With the revelation of the New American's identity, racial tensions in the CDC reach a boiling point! In a desperate attempt to quell any tensions with the American public, Wes helps devise a desperate, dangerous plan to win support for America's new hero: stage a real life-and-death battle with the most vicious super villain ever 'created!'