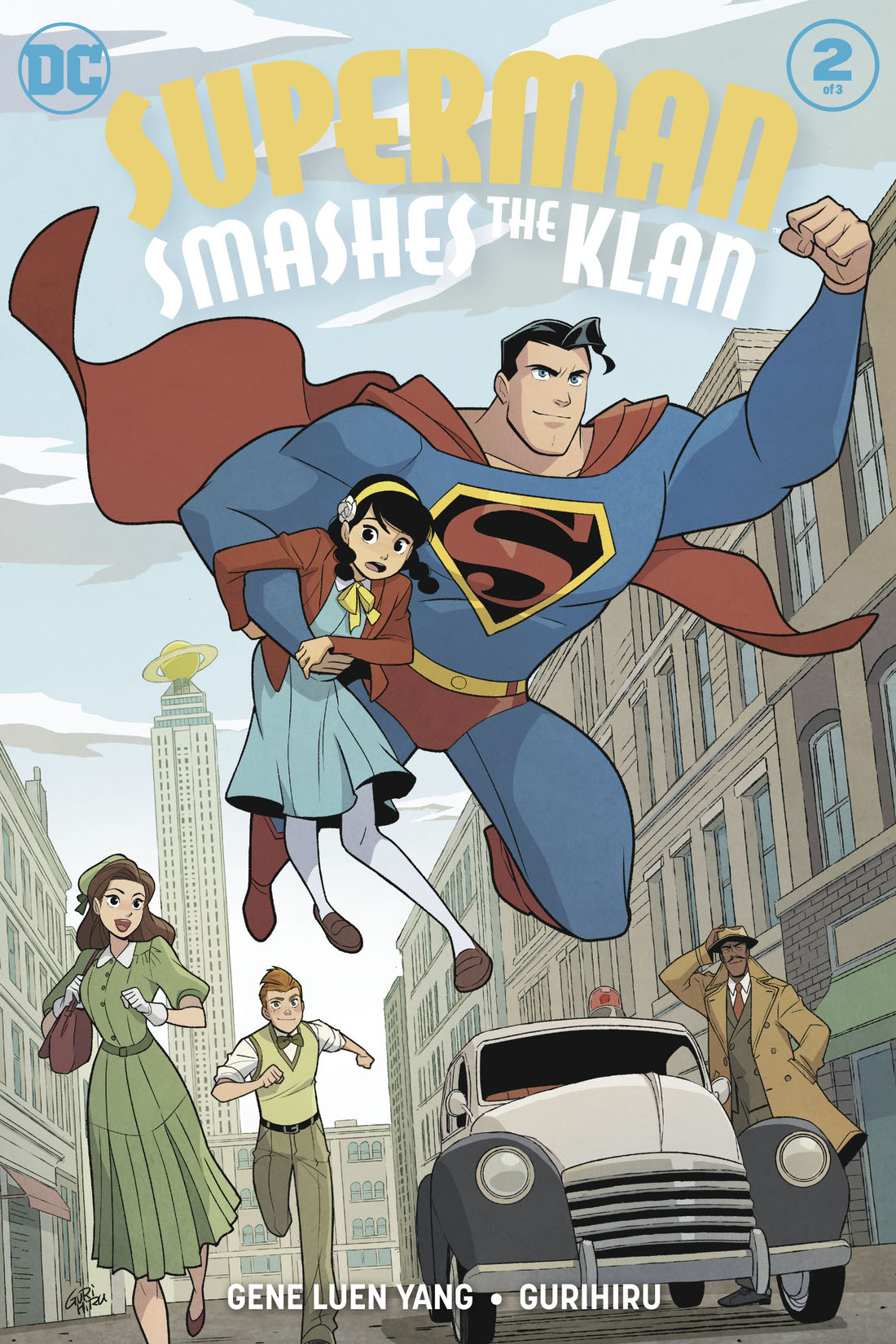 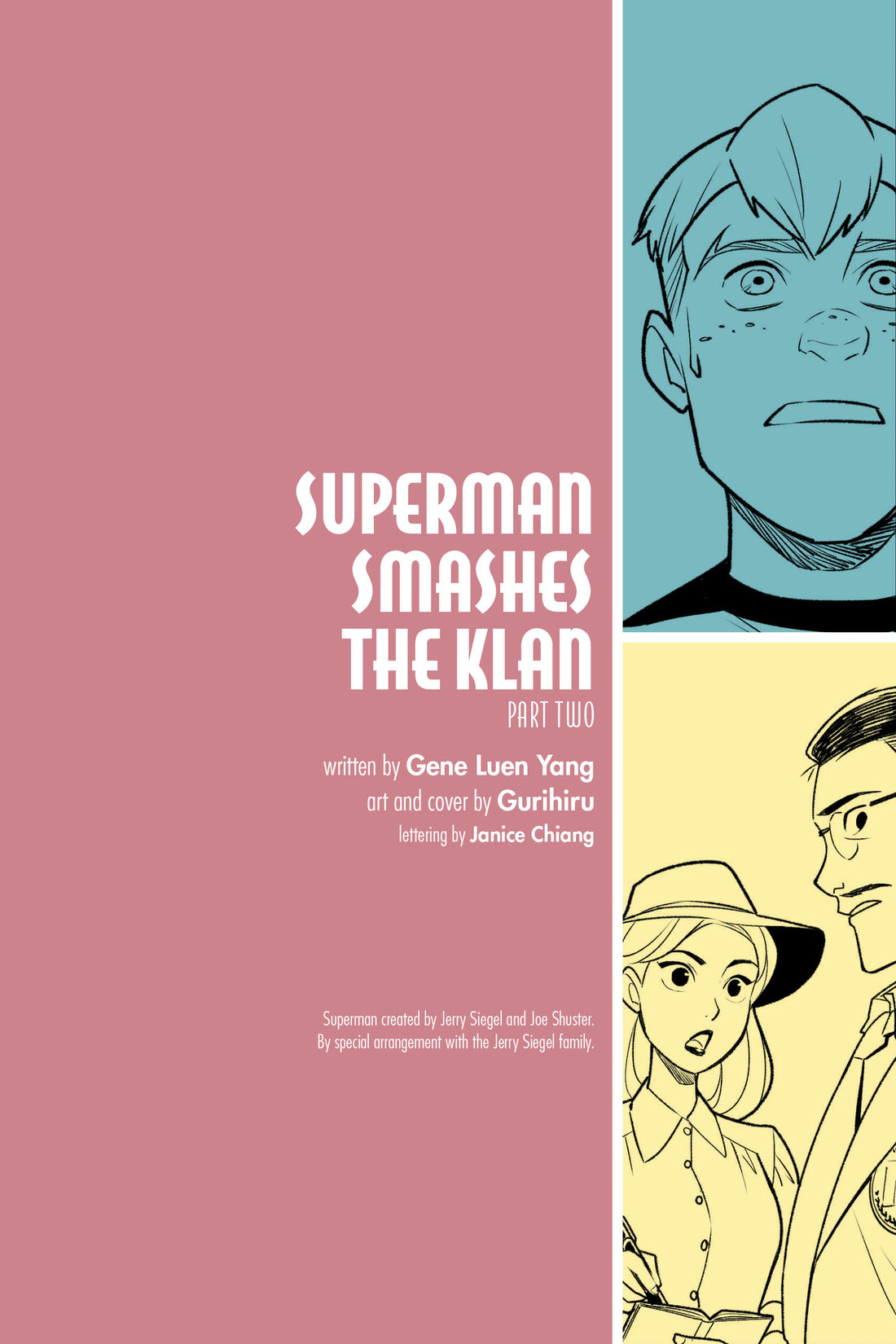 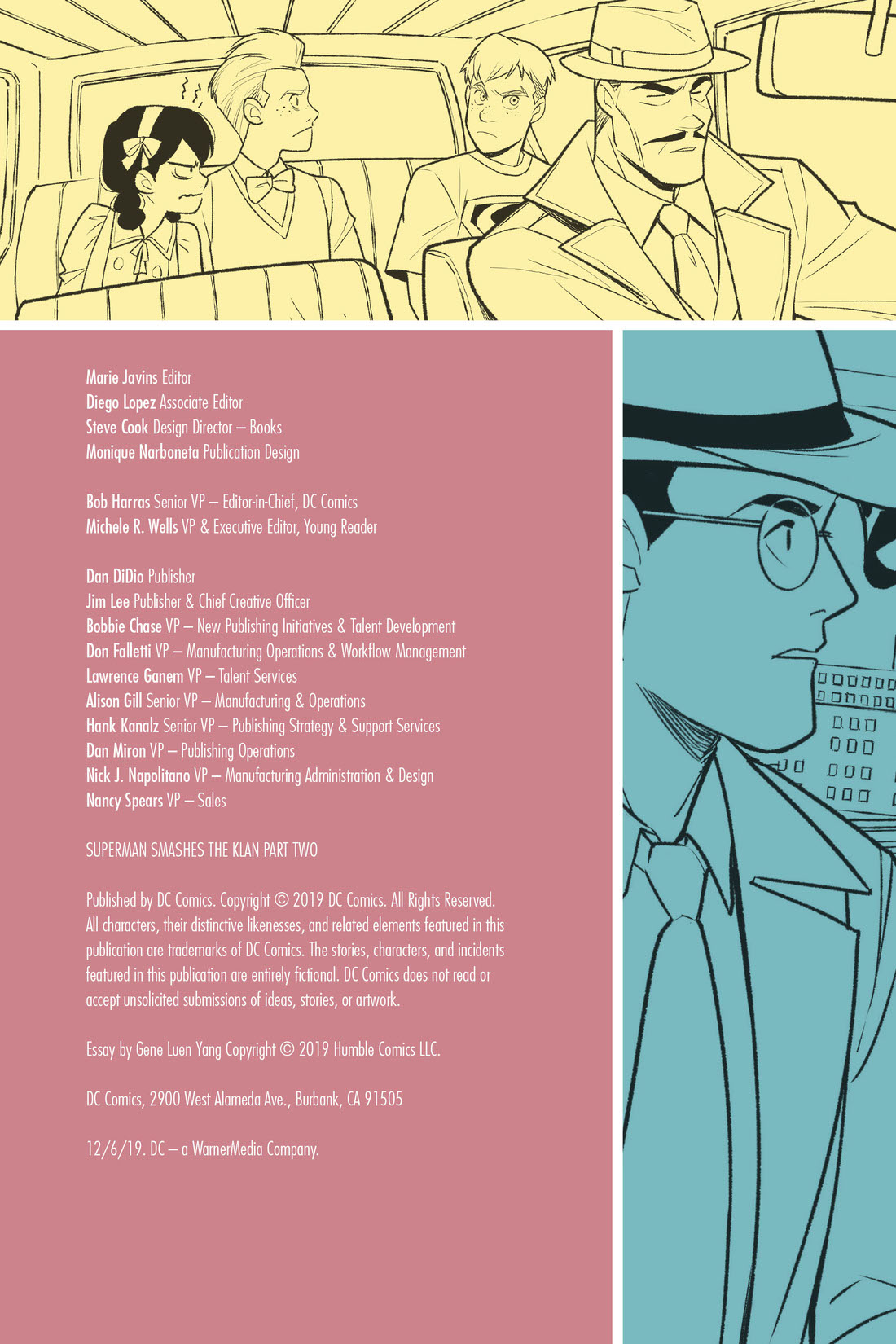 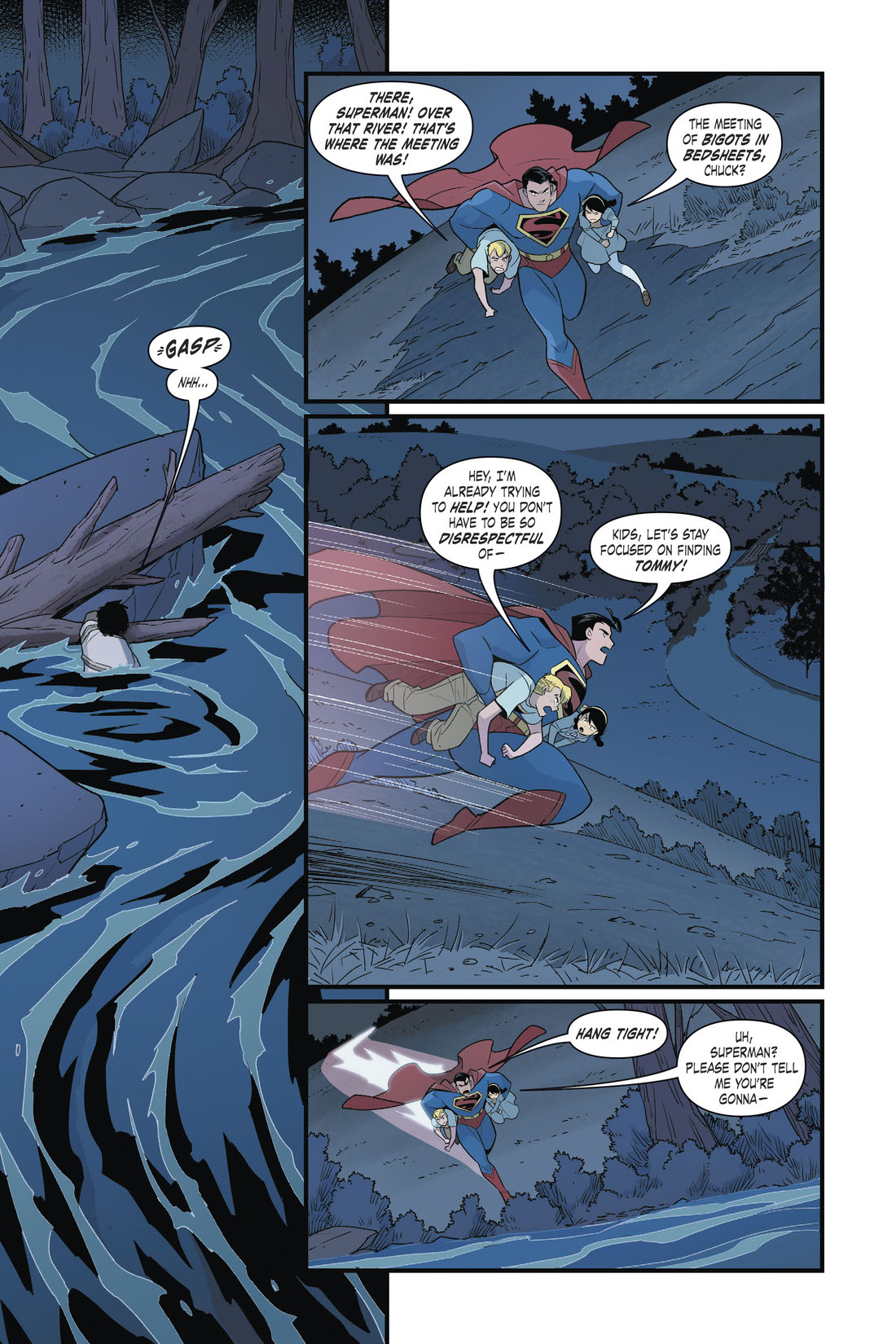 Teenager Tommy Lee is missing, and Superman is on the case! It can’t be a coincidence that just last night, Tommy bravely confronted the Klan of the Fiery Cross when they surrounded the Lee family’s Metropolis house and told them to go back to Chinatown. The year is 1946, and Clark Kent is so new to being Superman that he hasn’t yet learned to fly-so his search for Tommy is conducted in huge, gravity-defying leaps that make Tommy’s sister, Roberta, suspect the Man of Tomorrow may not be an earthling at all! But if this strange, young hero can adjust to his adopted home, perhaps she can, too. First, though, they must stop the Klan from blowing up Unity House, which has welcomed the Chinese-American Lee family into their community. But could the real target be across town, where Superman’s friends Jimmy, Lois, and Perry work at the Daily Planet? Inspired by the 1940s Superman radio serial “Clan of the Fiery Cross,” Gene Luen Yang (American Born Chinese, Boxers and Saints, The Terrifics, New Super-Man) brings us part two of his personal retelling of the adventures of the Lee family as they team up with Superman to smash the Klan!