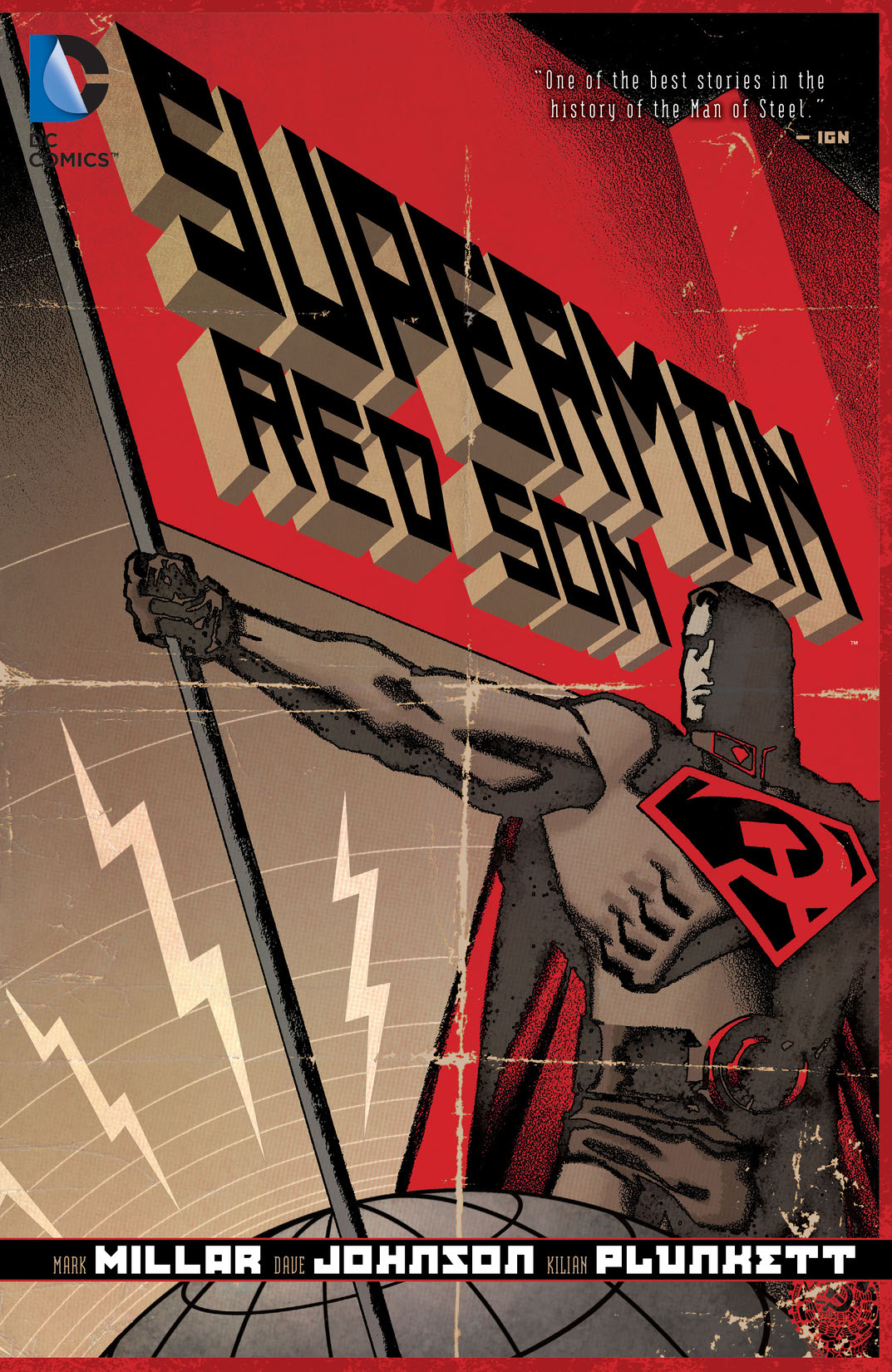 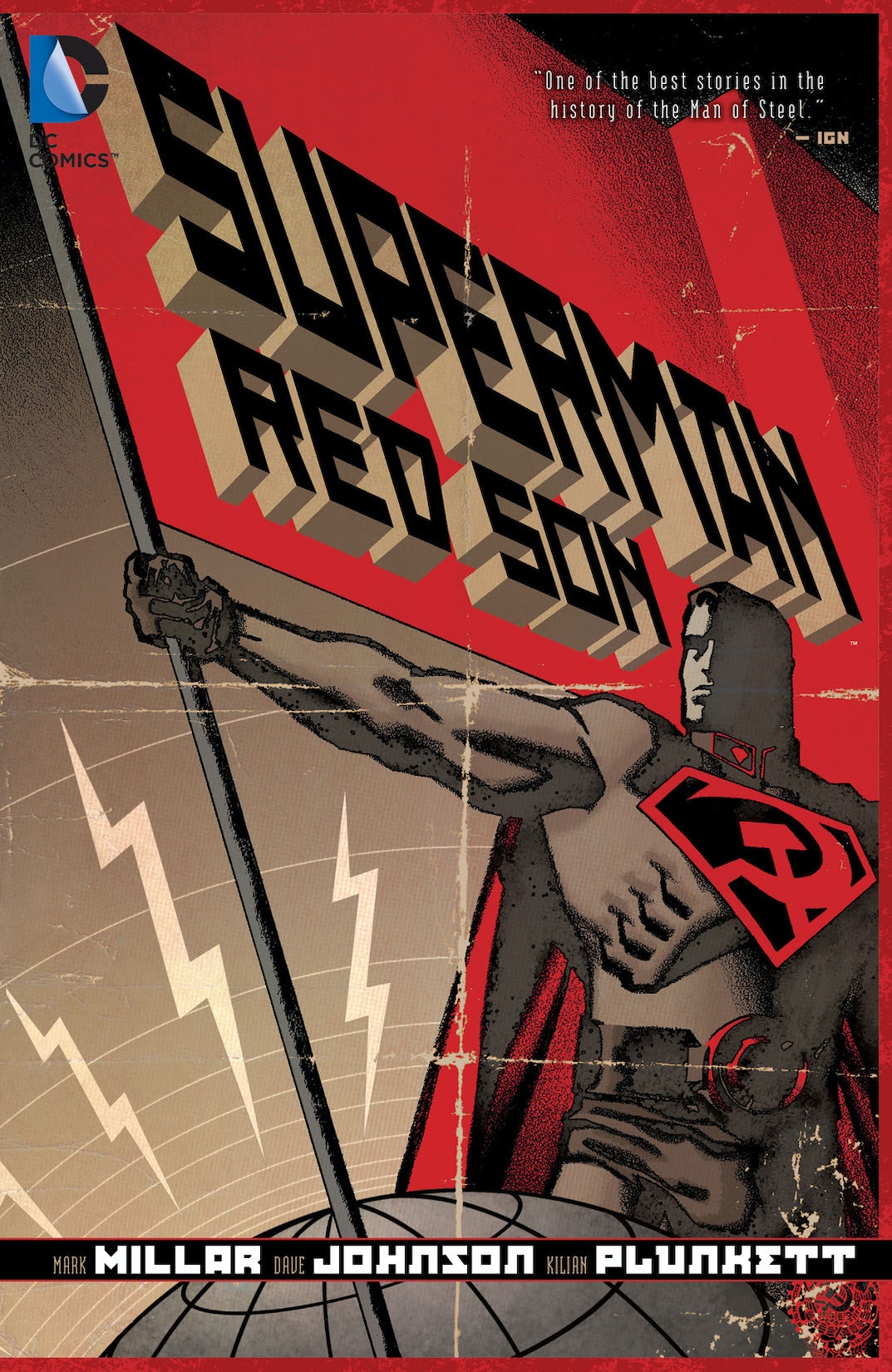 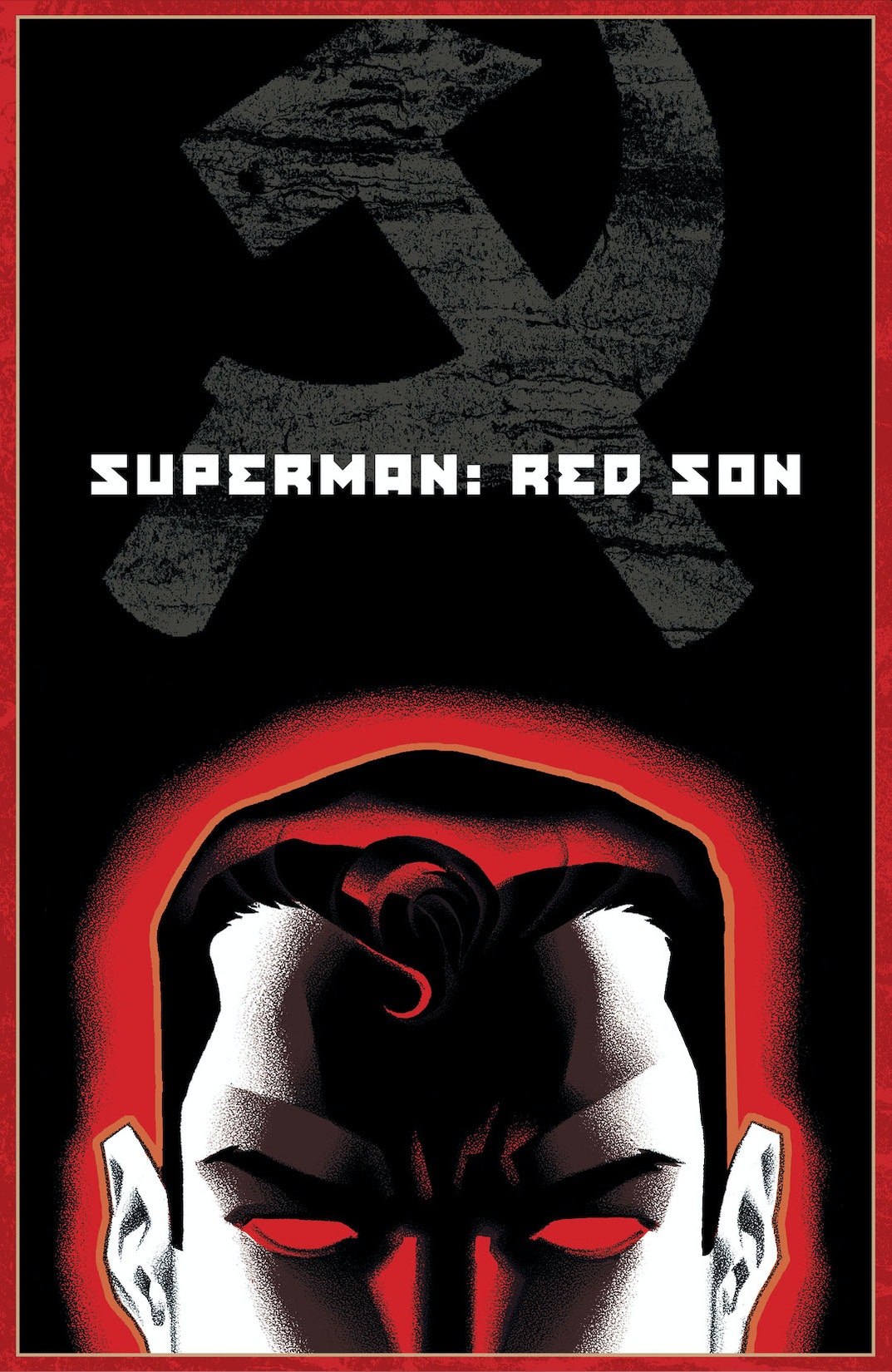 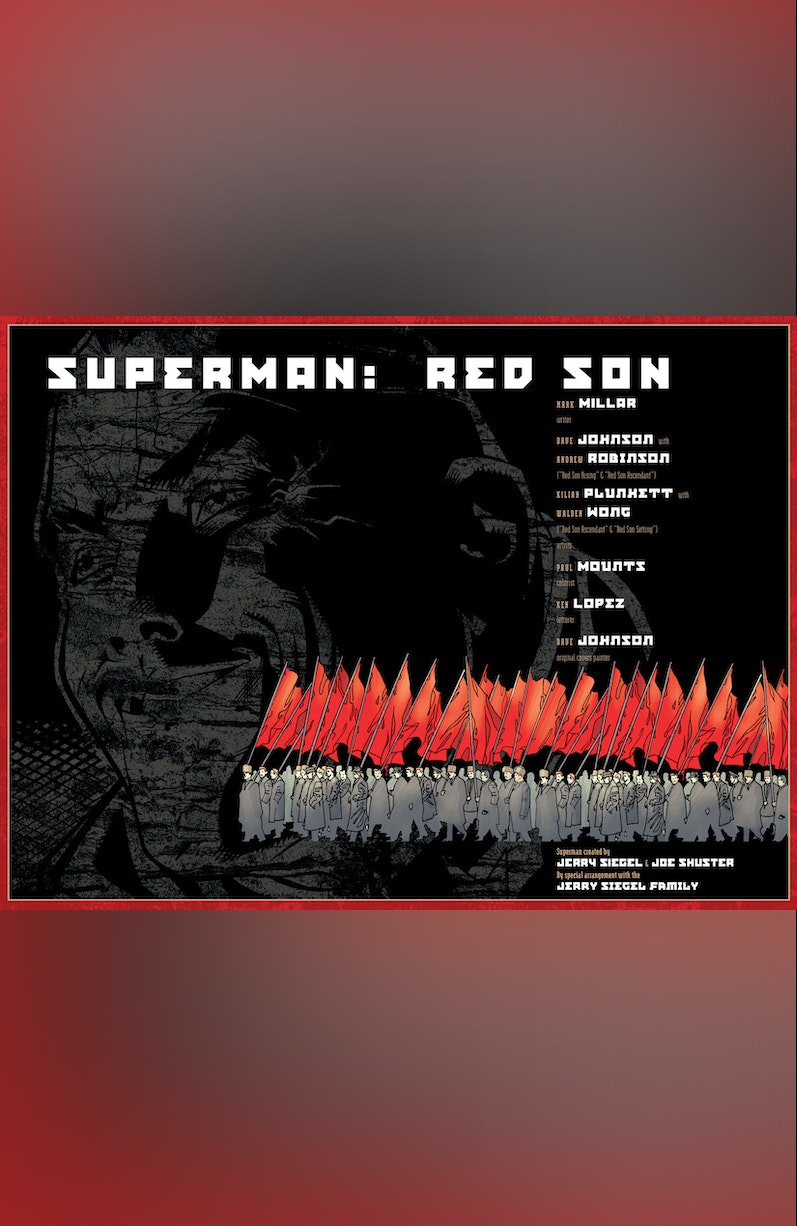 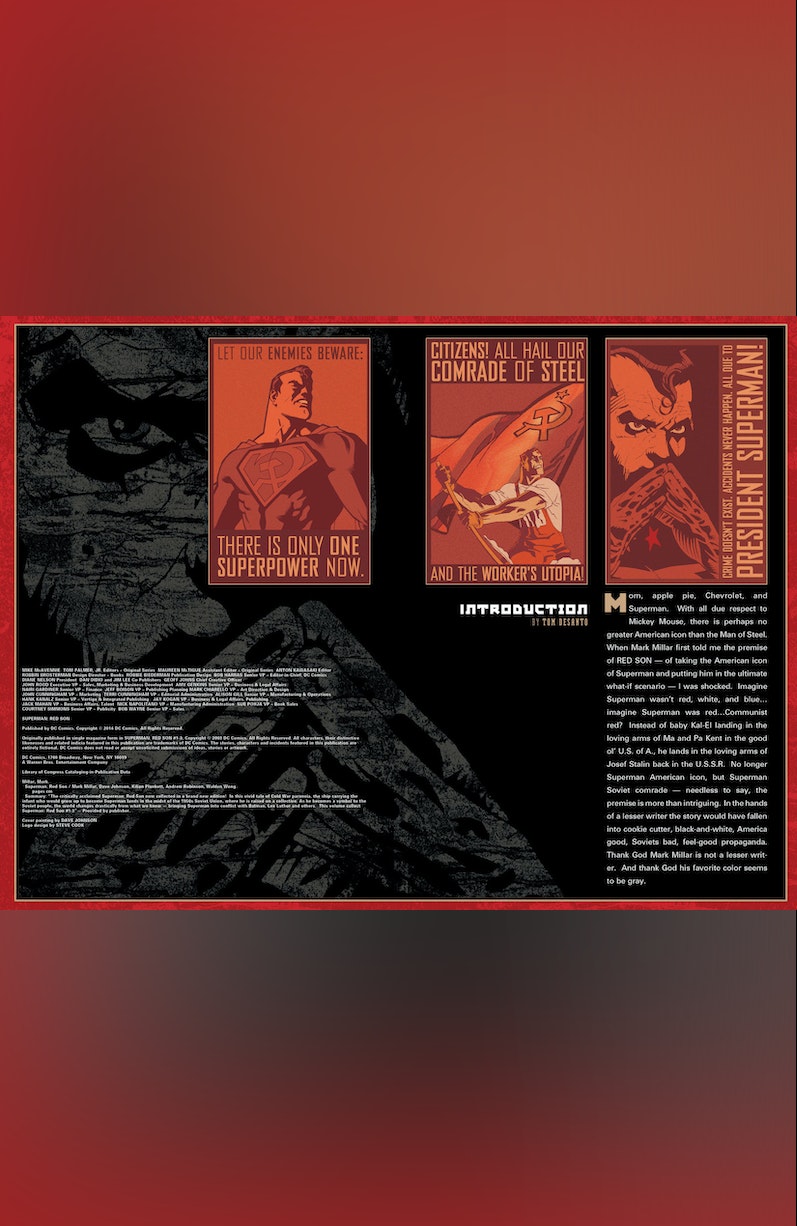 Imagine a reality where the world’s most powerful super-being does not grow up in Smallville, Kansas - or even America, for that matter… : RED SON is a vivid tale of Cold War paranoia, that reveals how the ship carrying the infant who would later be known as Superman lands in the midst of the 1950s Soviet Union. Raised on a collective, the infant grows up and becomes a symbol to the Soviet people, and the world changes drastically from what we know - bringing Superman into conflict with Batman, Lex Luthor and many others. From the mind of Mark Millar, the best-selling writer of THE AUTHORITY and Wanted, comes this strangely different take on the Superman mythos. Featuring art by Dave Johnson, Kilian Plunkett, Andrew Robinson, and Walden Wong, with an introduction by film producer Tom DeSanto (X-Men, X2: X-Men United, Transformers), this edition also features an extensive sketch gallery by Johnson, Plunkett and Alex Ross.