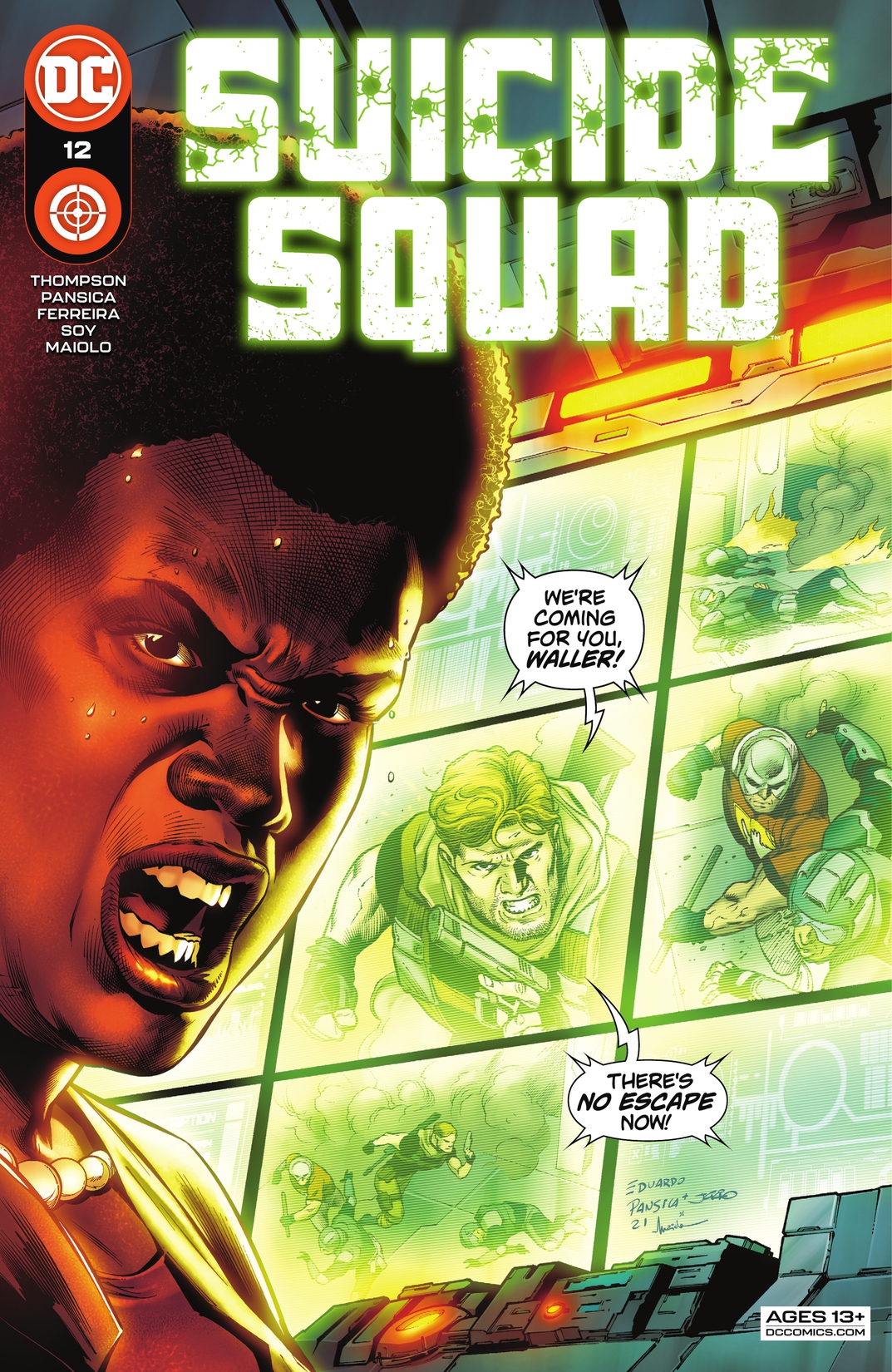 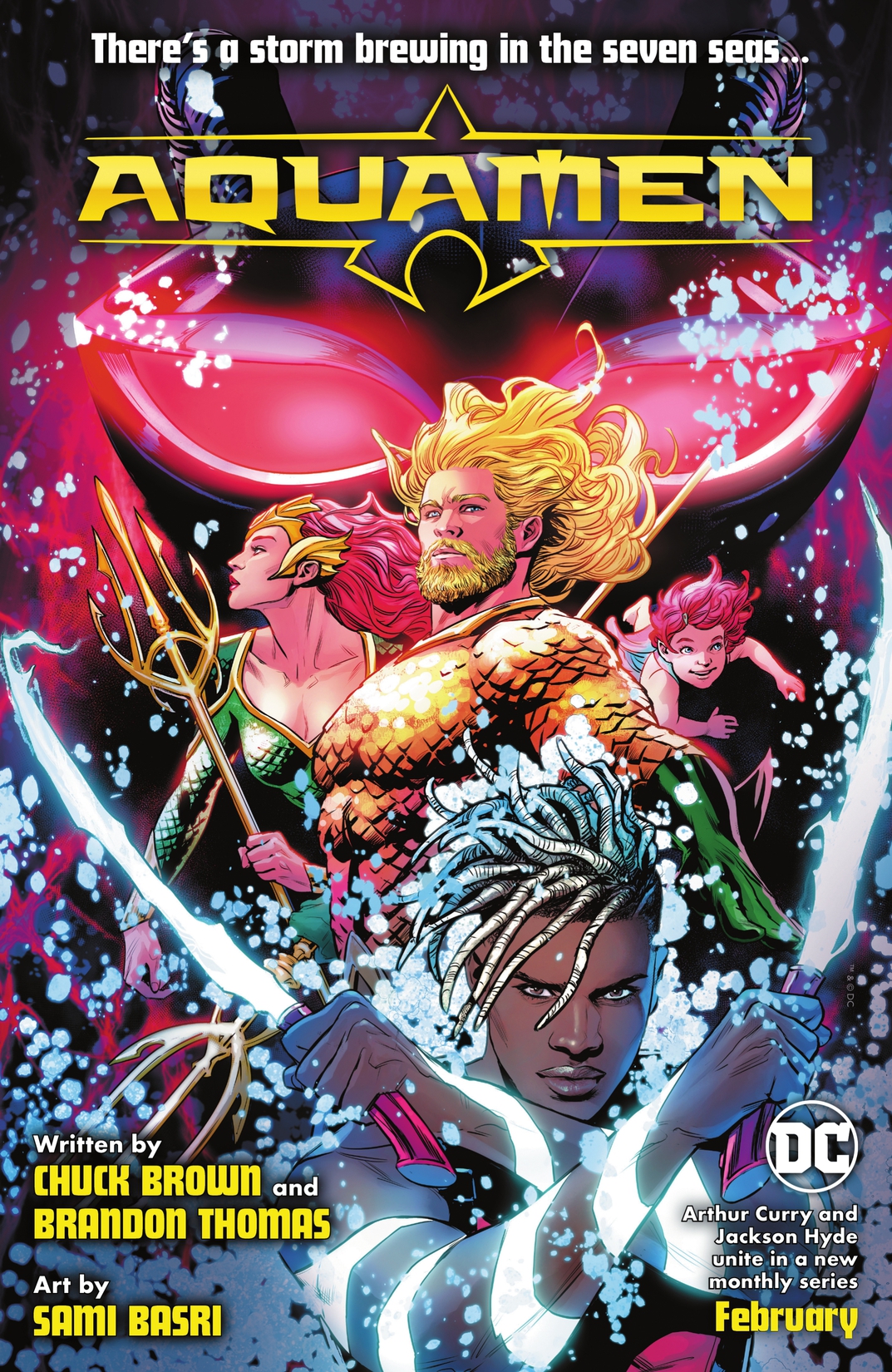 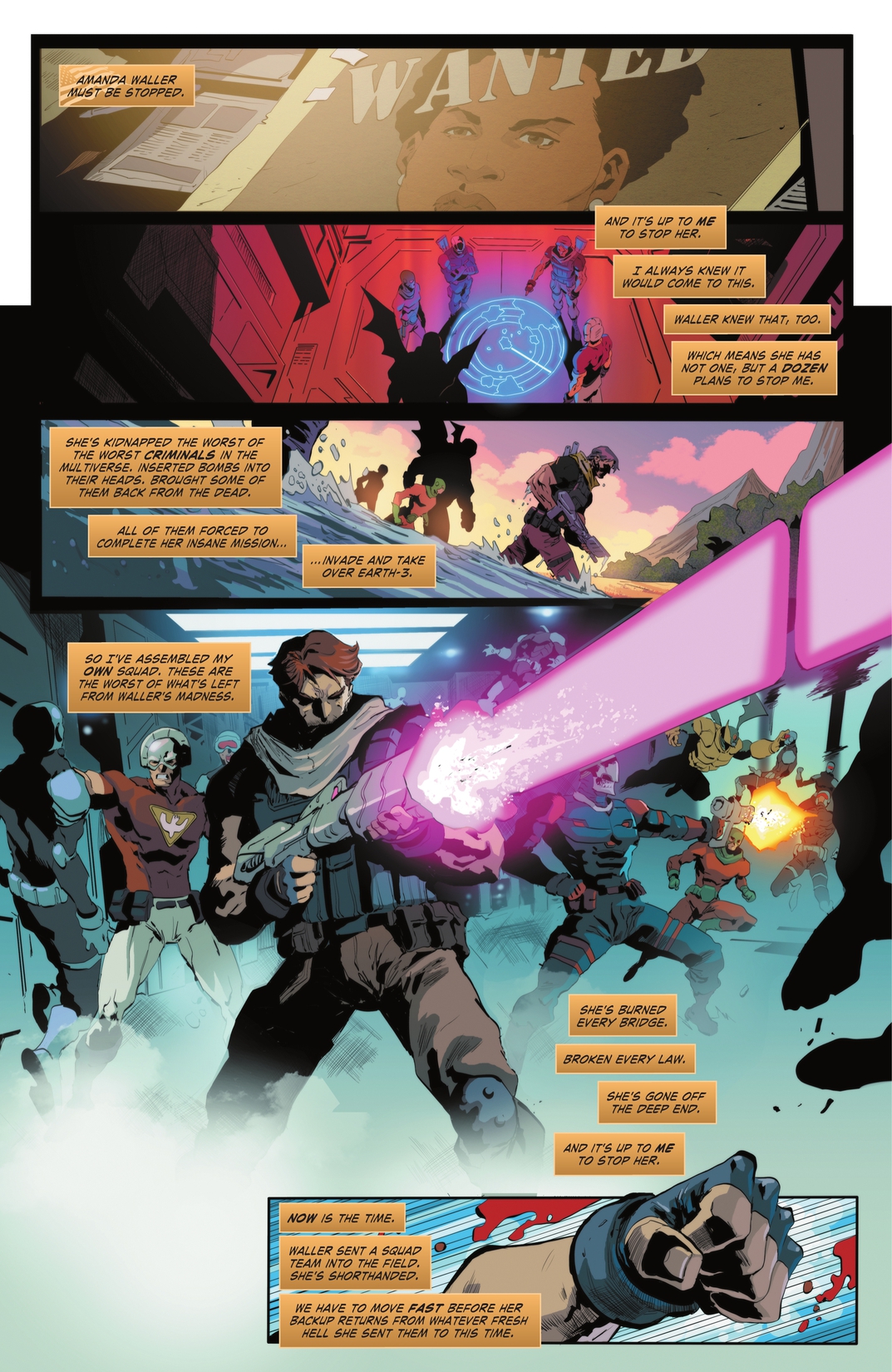 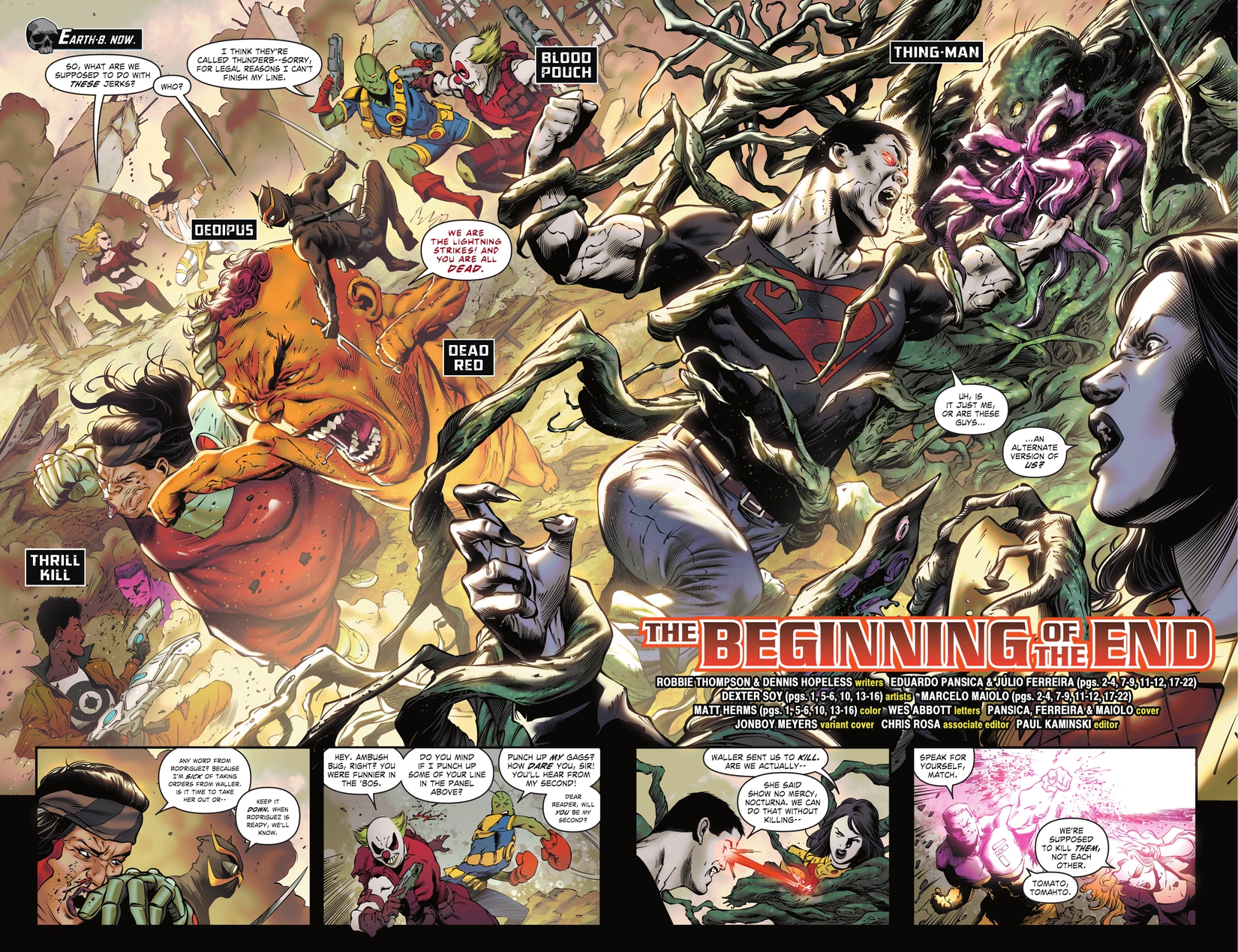 Rick Flag attacks! The Squad has their hands full with the marvel that is Earth-8, and soon learn that this “test” was actually just a decoy for Waller’s real Suicide Squad. If they’re going to get off Earth-8, they’ll have to get through a whole other Squad in the process! And just as Flag is about to take down Waller once and for all, he’s betrayed by a double agent in his ranks!