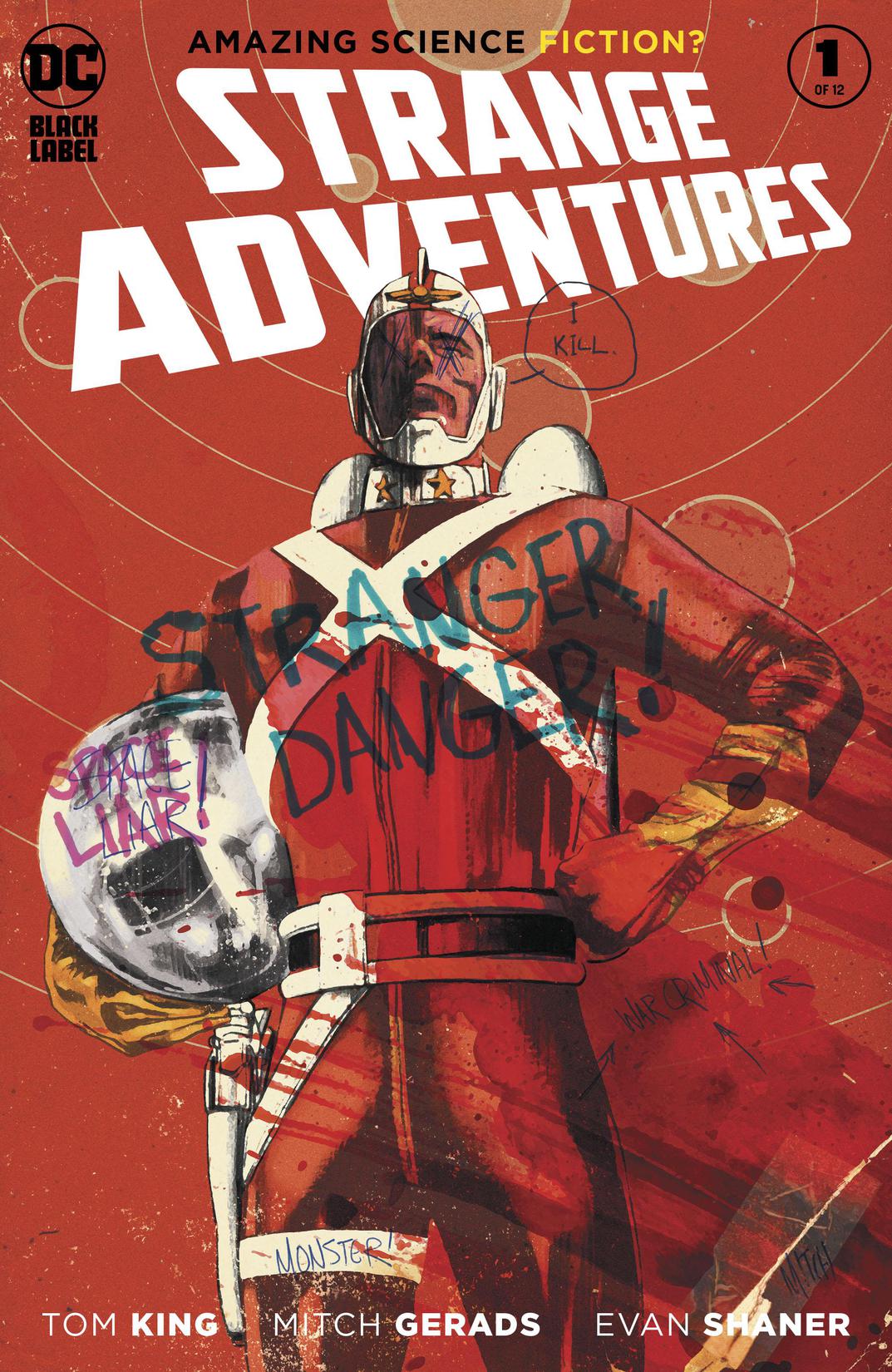 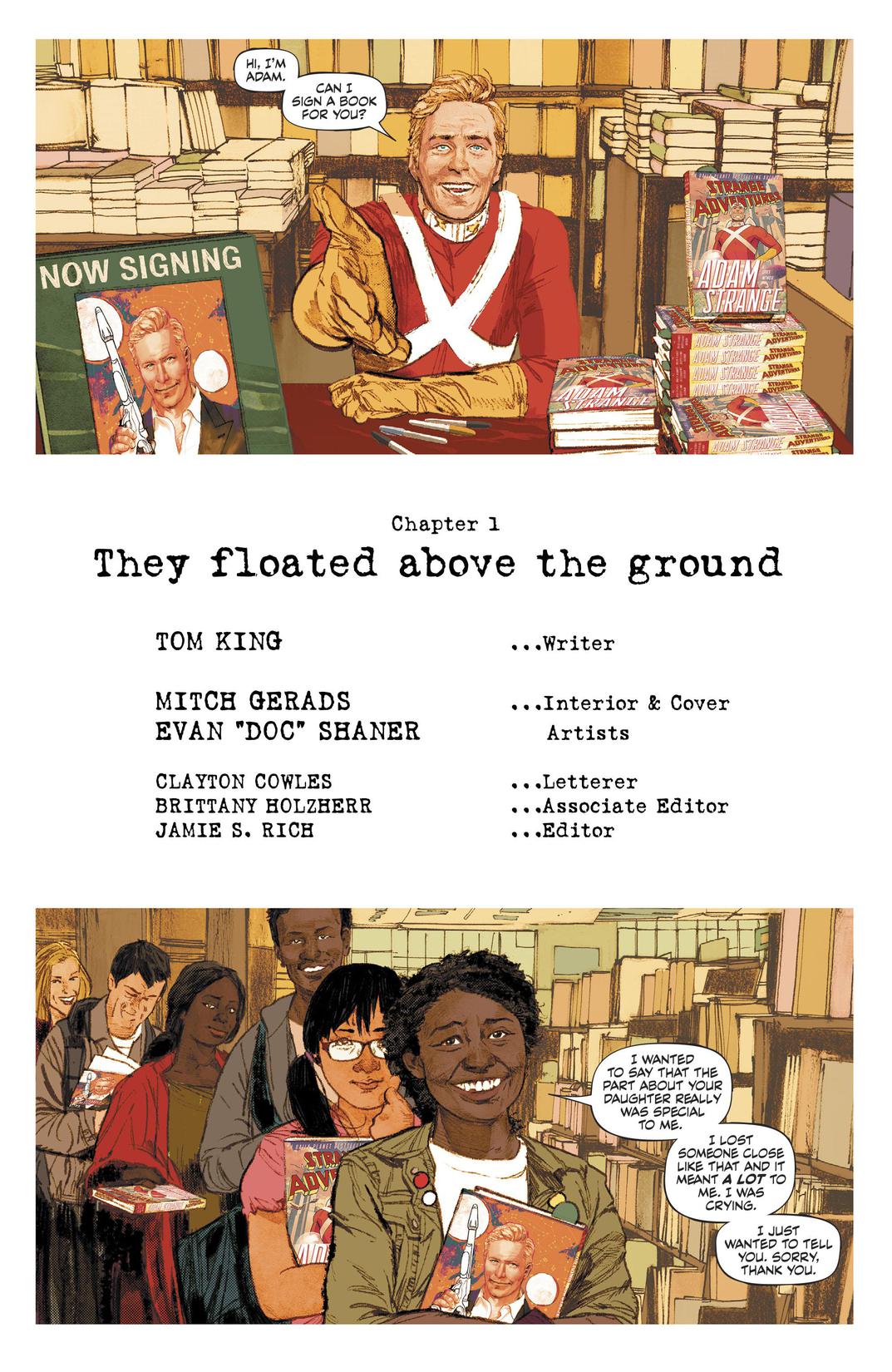 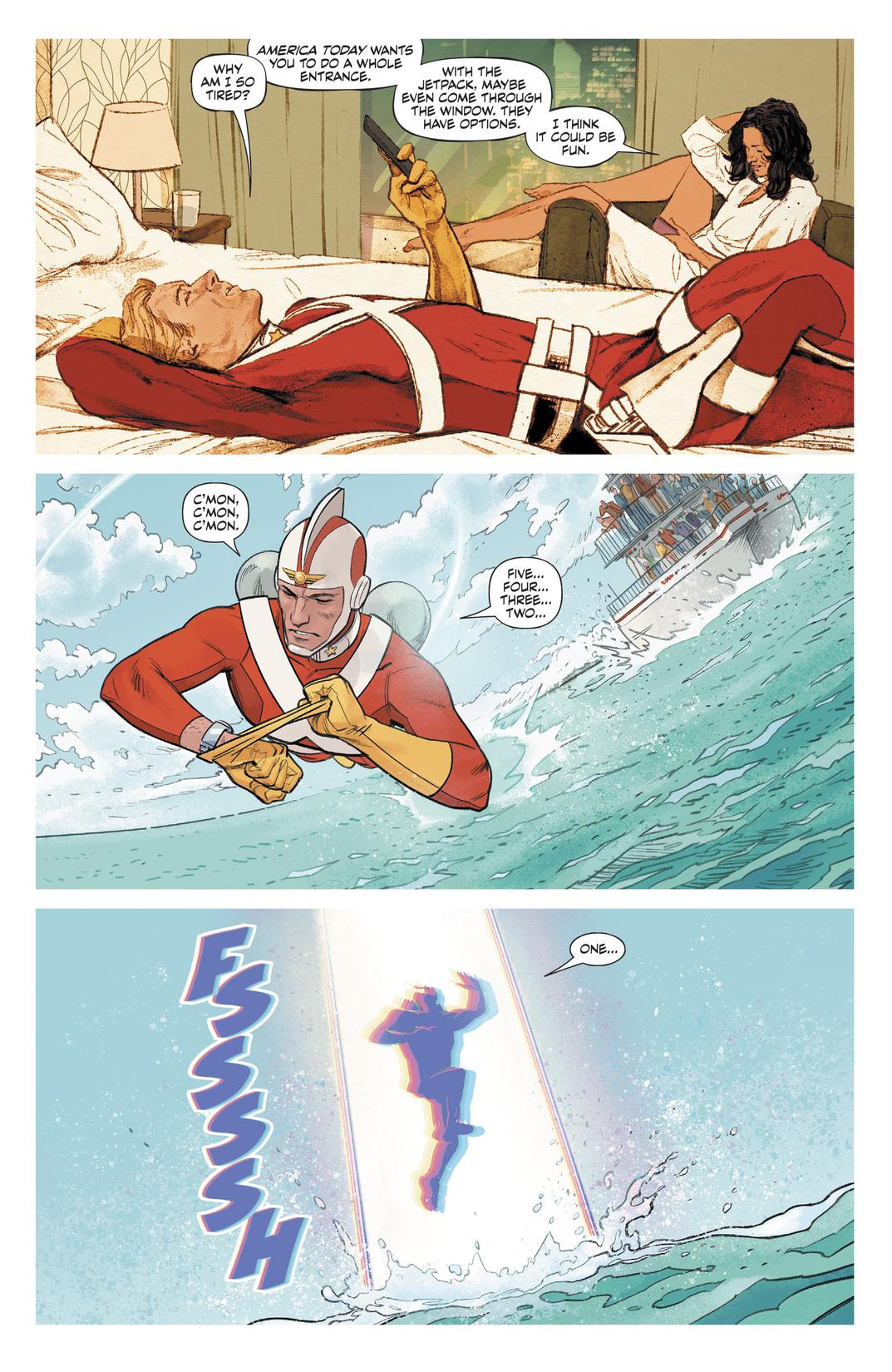 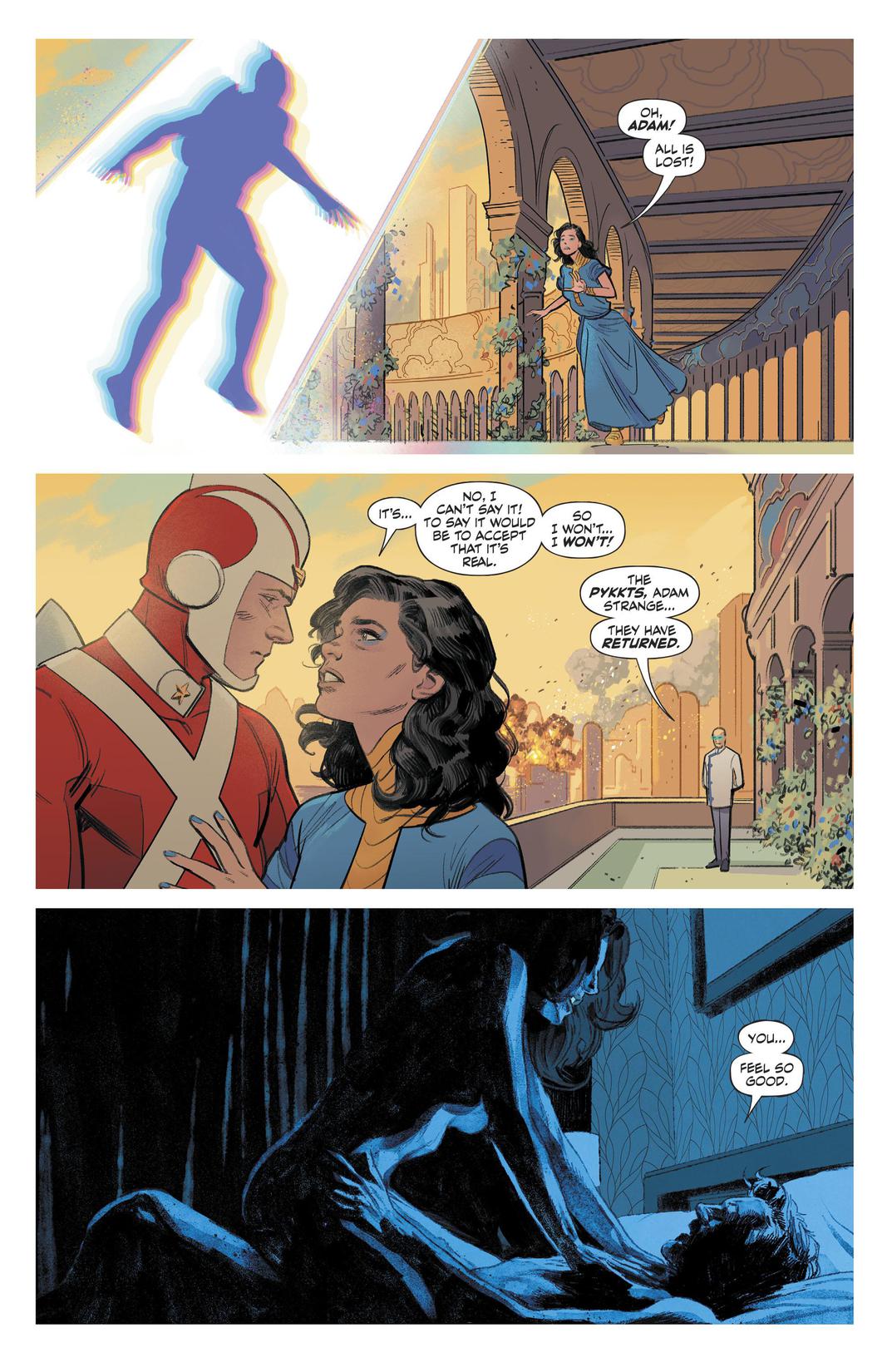 After winning five Eisner Awards and topping year-end “best of lists,” the comic book of 2019 was Mister Miracle. The comic book of 2020 will be Strange Adventures. The Mister Miracle team of writer Tom King and artist Mitch Gerads are joined by fan-favorite artist Evan “Doc” Shaner to bring you an epic tale in the tradition of Watchmen, The Dark Knight Returns, and DC: The New Frontier-a story of blood, war, and love that readers will be talking about for years to come. Adam Strange is the hero of Rann, a man famous throughout the galaxy for his bravery and honor. After leading his adopted home to victory in a great planetary war, Adam and his wife Alanna retire to Earth, where they are greeted by cheers, awards, and parades. But not all is as happy and nice as it seems, as the decisions Adam made during battles on Rann come back to haunt his family and threaten the entire DC Universe. And now a surprise DC hero will have to choose between saving Adam Strange and saving the world. A story like no other, Strange Adventures is an ambitious, thrilling, shocking, and beautiful 12-issue saga that will push Adam Strange to the breaking point-and beyond!