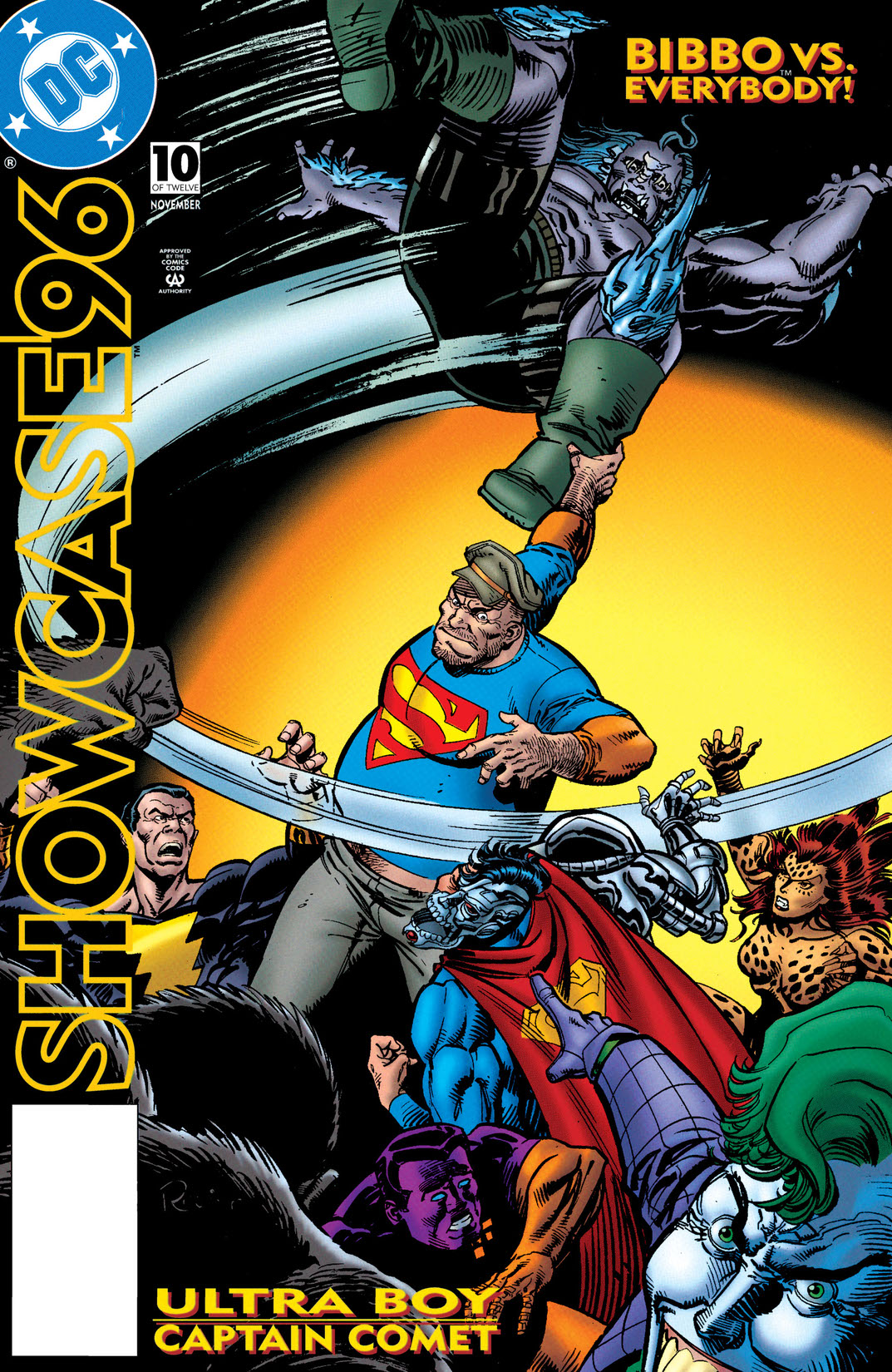 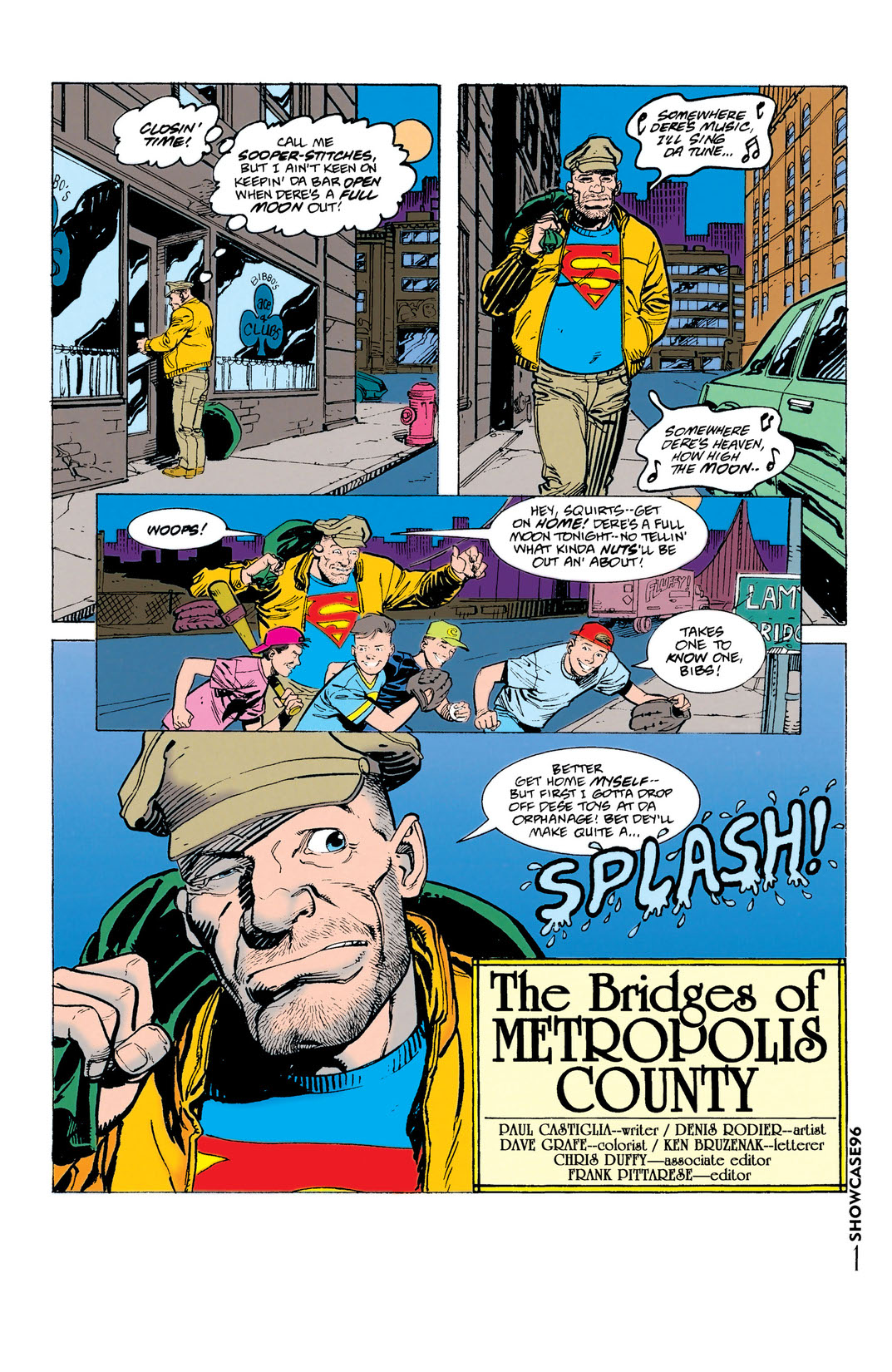 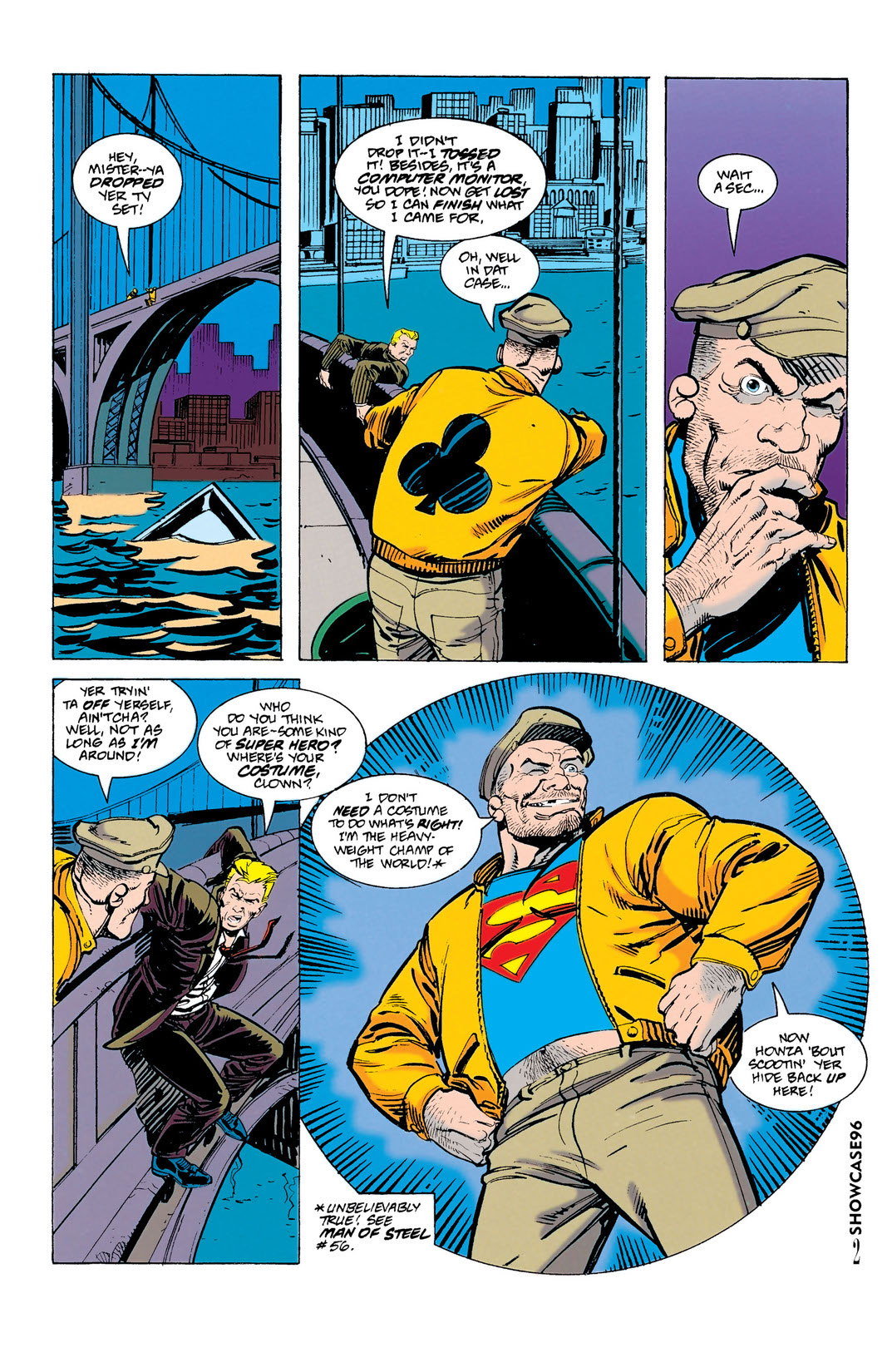 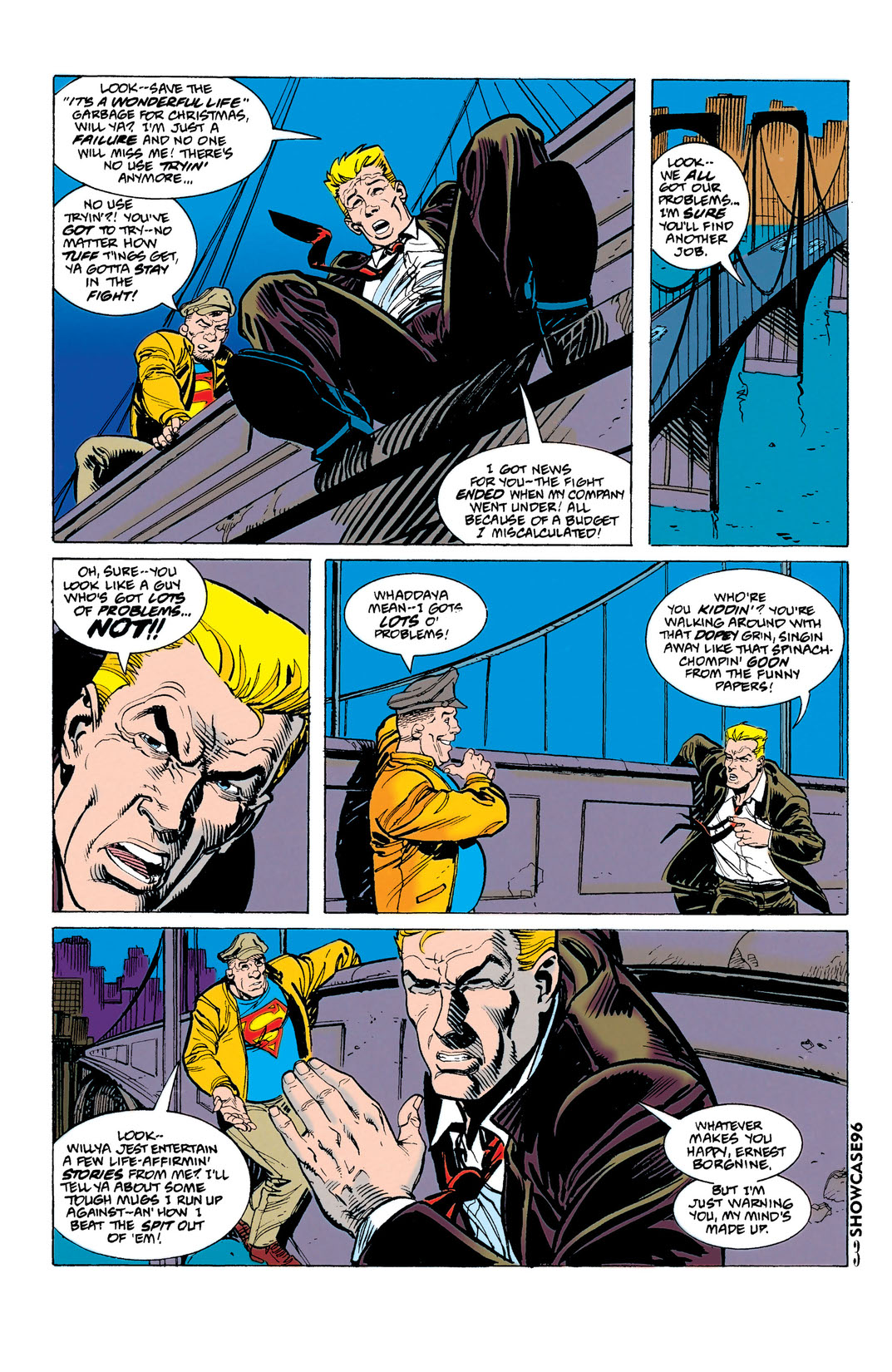 Bibbo tries to stop a man from jumping off a bridge by telling him the story of how he defeated some of DC’s deadliest villains! According to Bibbo, he’s taken on the Joker, the Cheetah, Major Force and even Doomsday-but the only way to really prove his heroism is to stop the jumper…who doesn’t believe a word of Bibbo’s tall tales, as told by writer Paul Castiglia, with art by Denis Rodier. Spinning out of the events in of THE LEGION OF SUPER-HEROES, Ultra Boy struggles against inner demons as he must choose whether or not to throw in with a Metropolis gang in a story by Ron Boyd, with art by Dean Zachary and Ron Boyd. And, when Captain Comet returns to the planet of his “death,” he discovers the legacy he left there is not what he thought it would be.