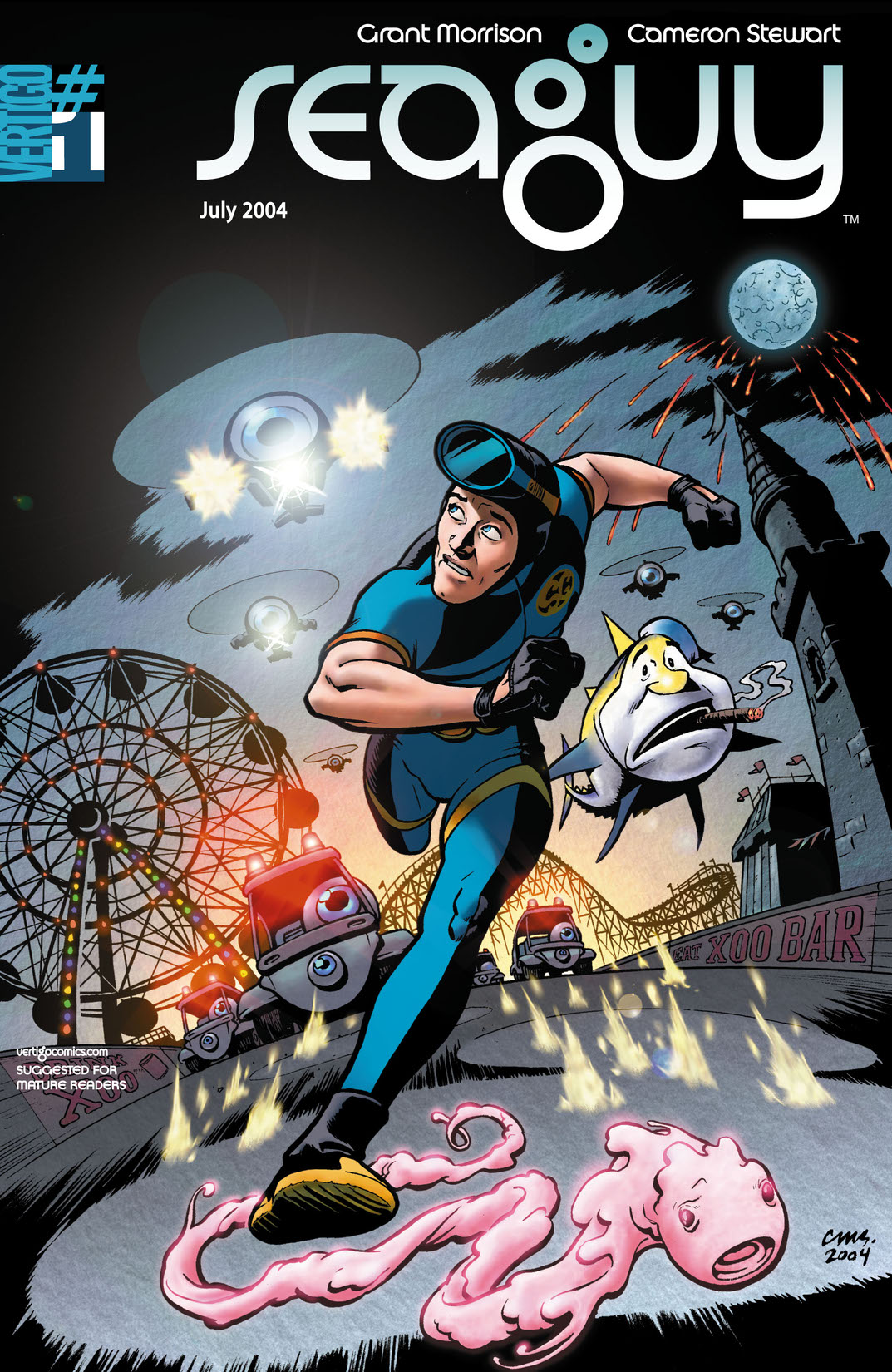 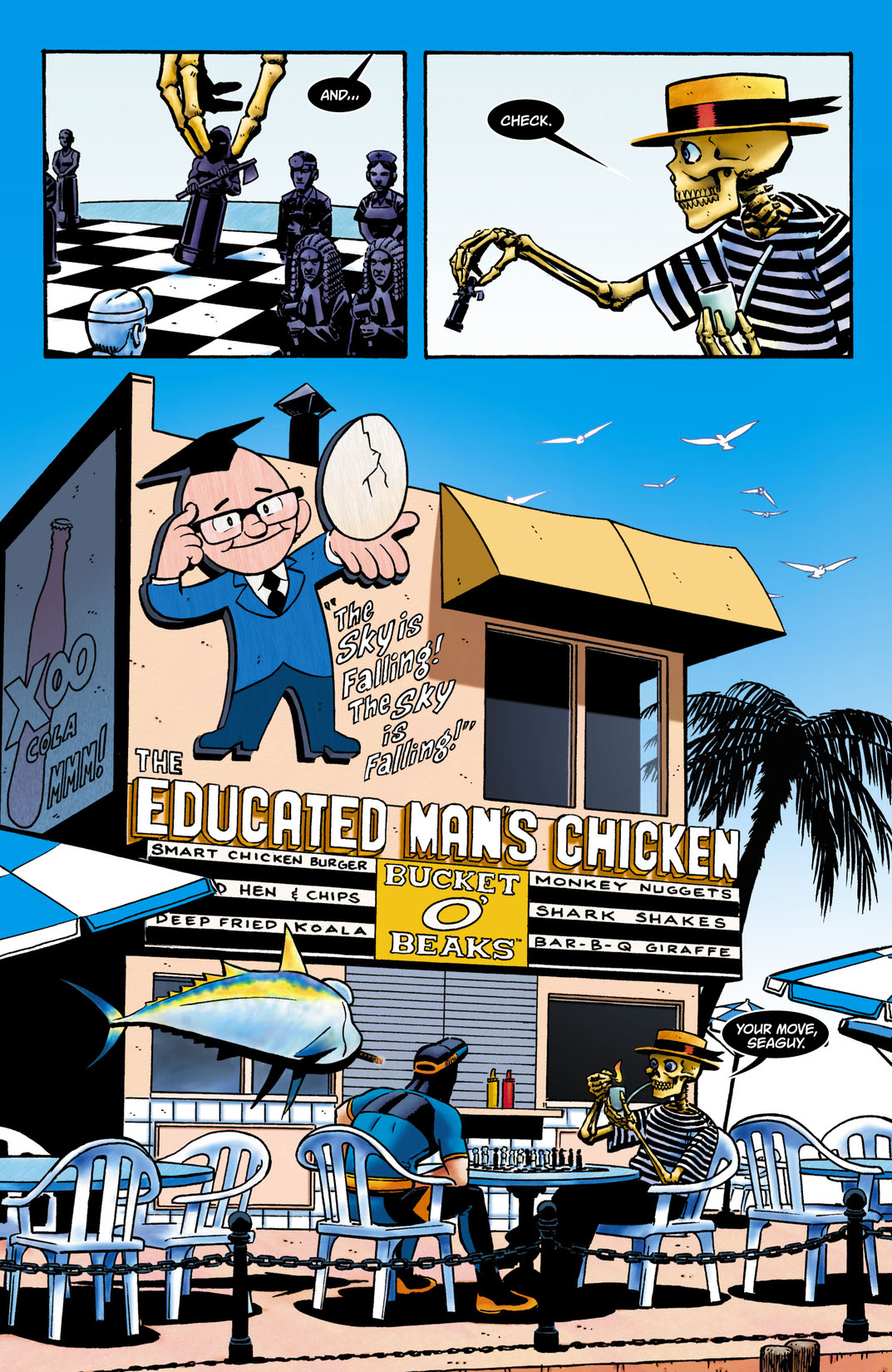 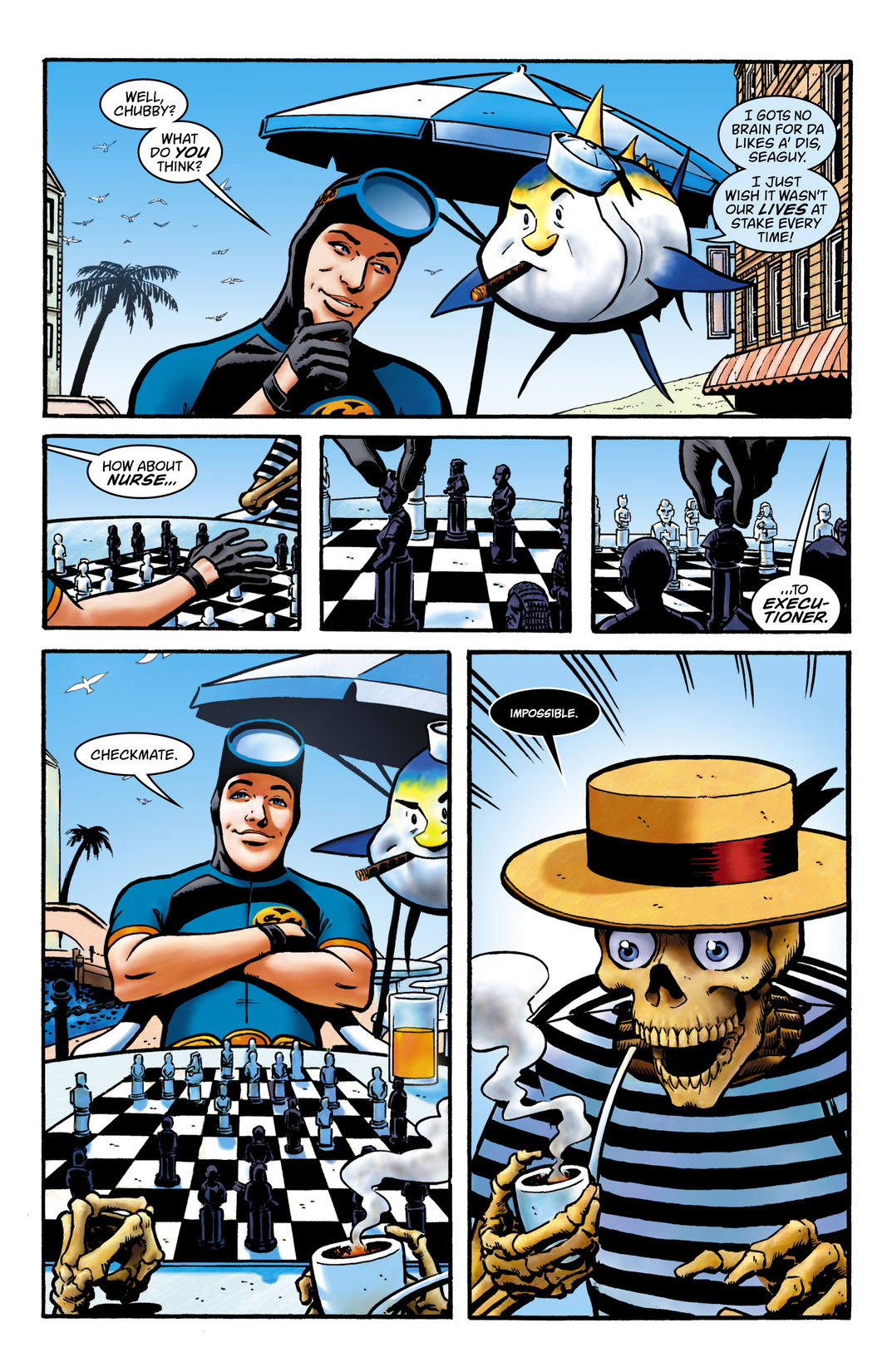 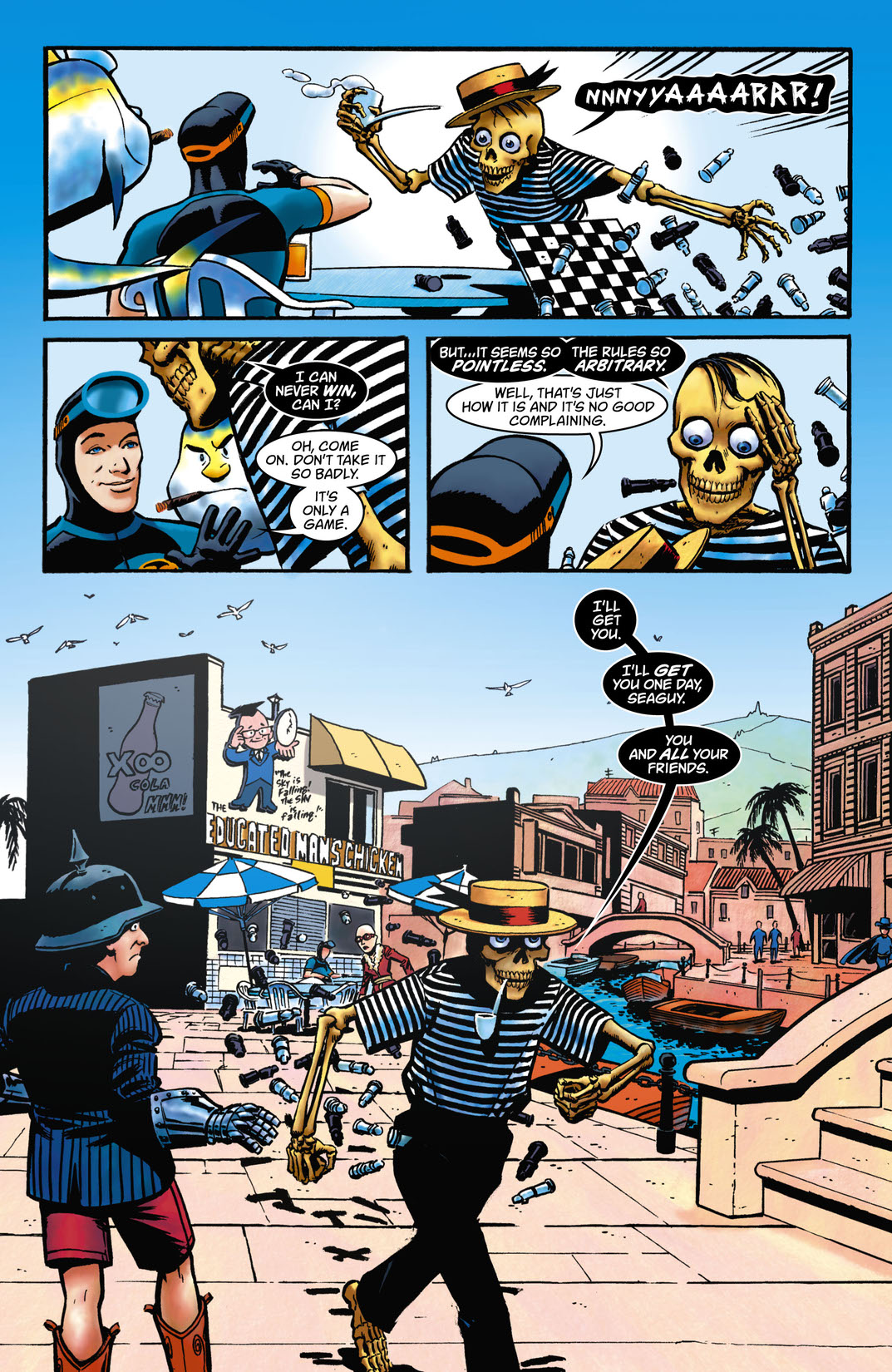 Set in a world where all the major battles have been won, Seaguy is a wistful, would-be hero who, with his pal Chubby Da Choona, embarks on a fantastical, picaresque voyage through a post-Utopian world filled with bizarre adventure and terrible sacrifice.