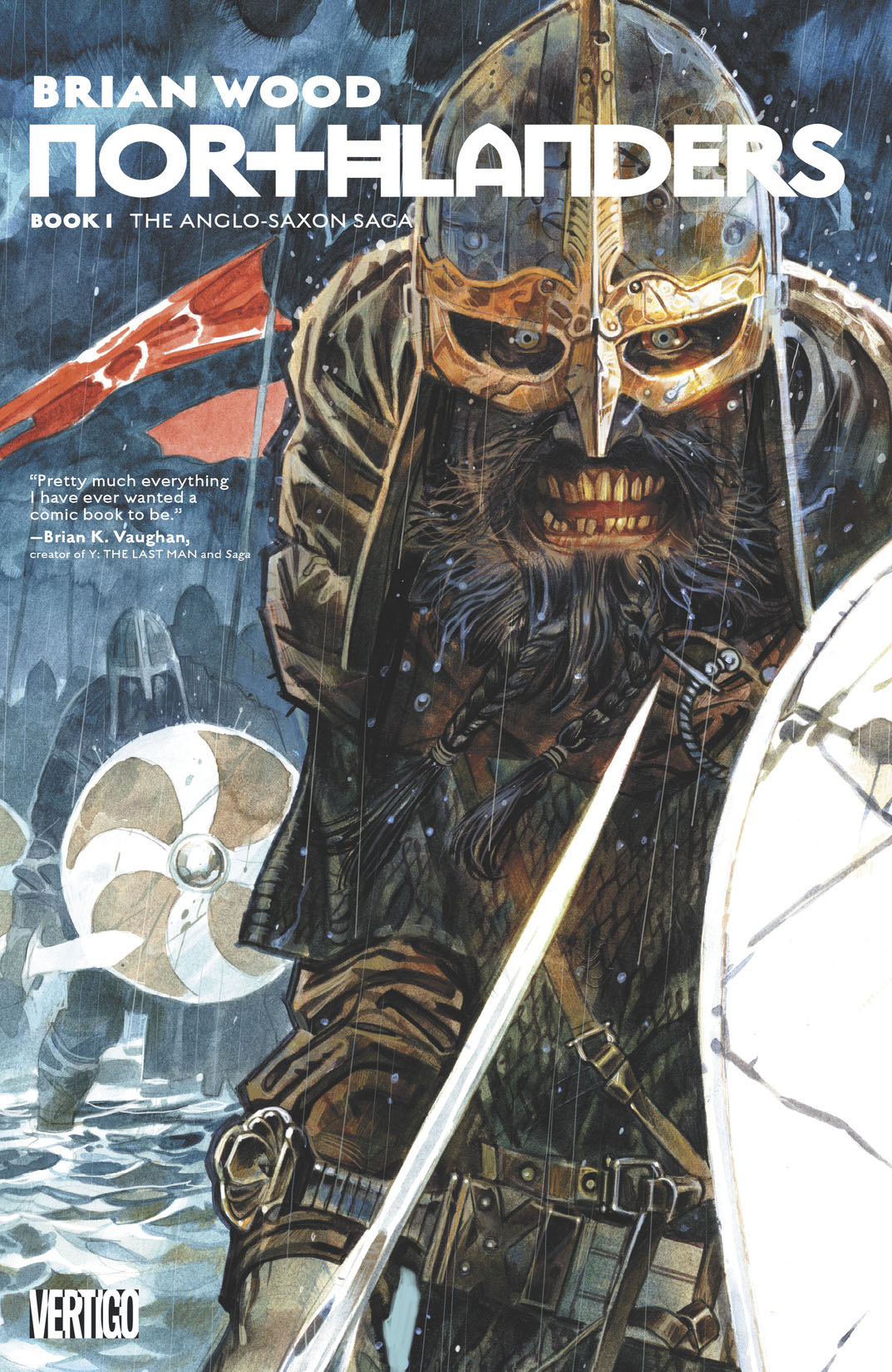 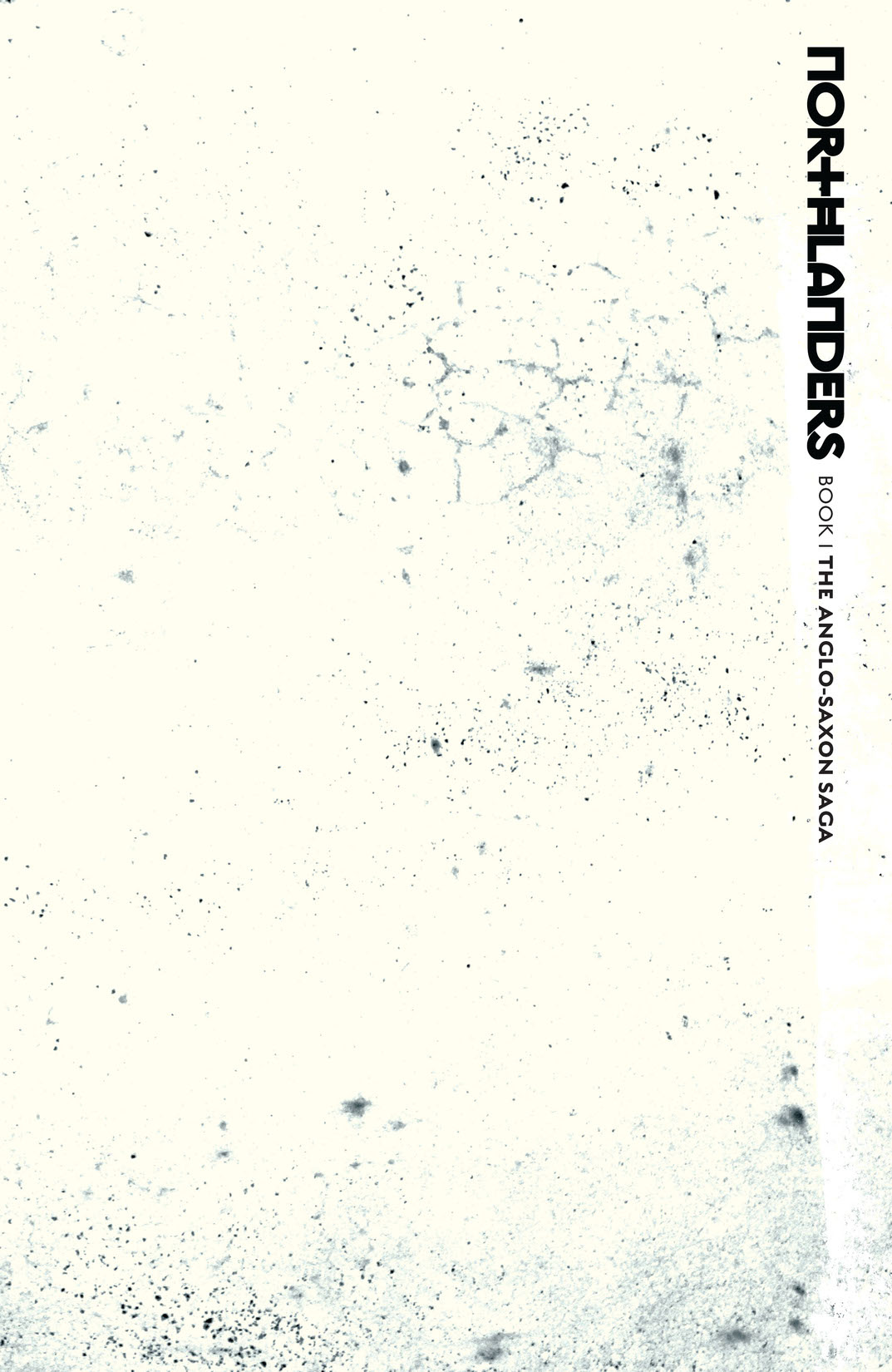 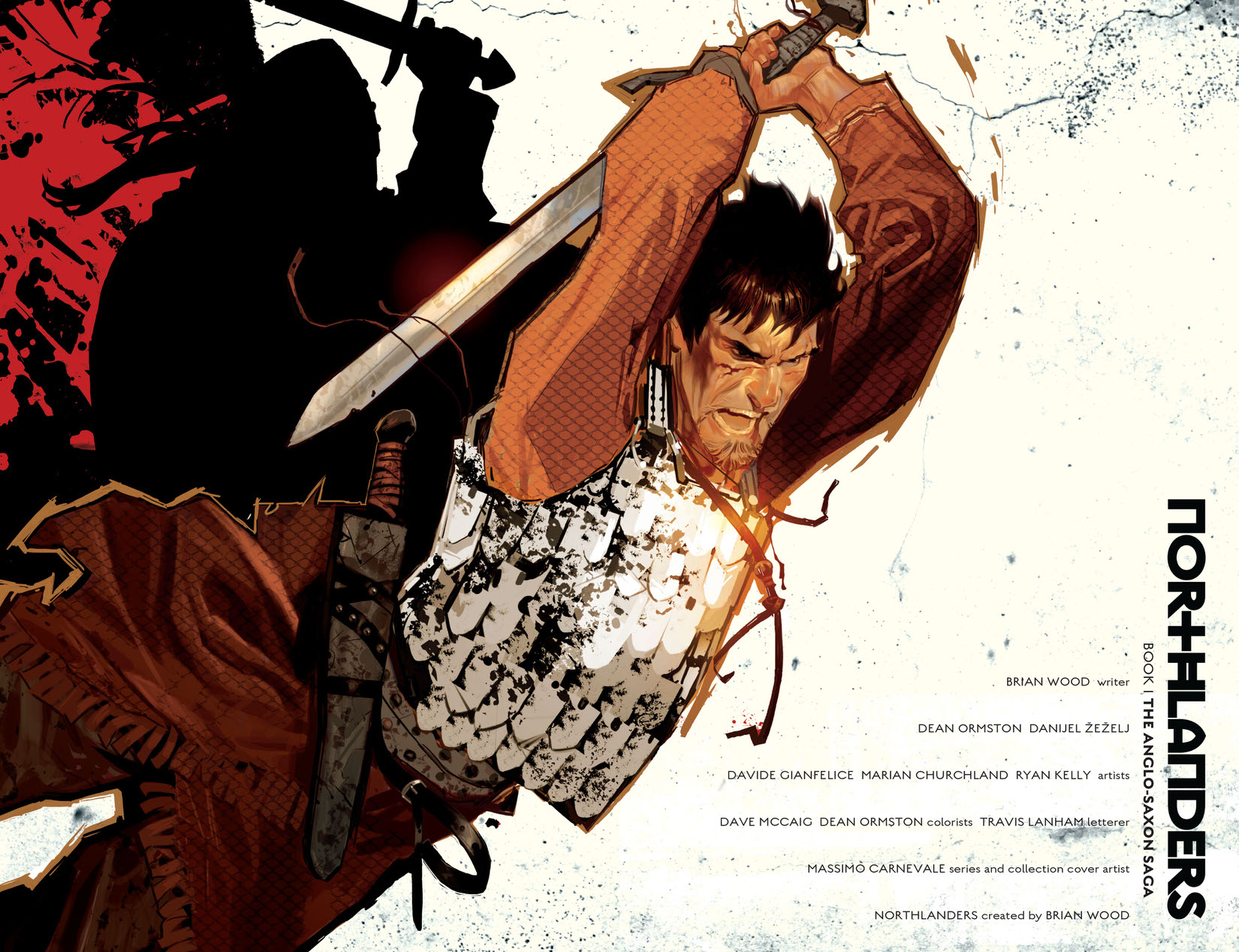 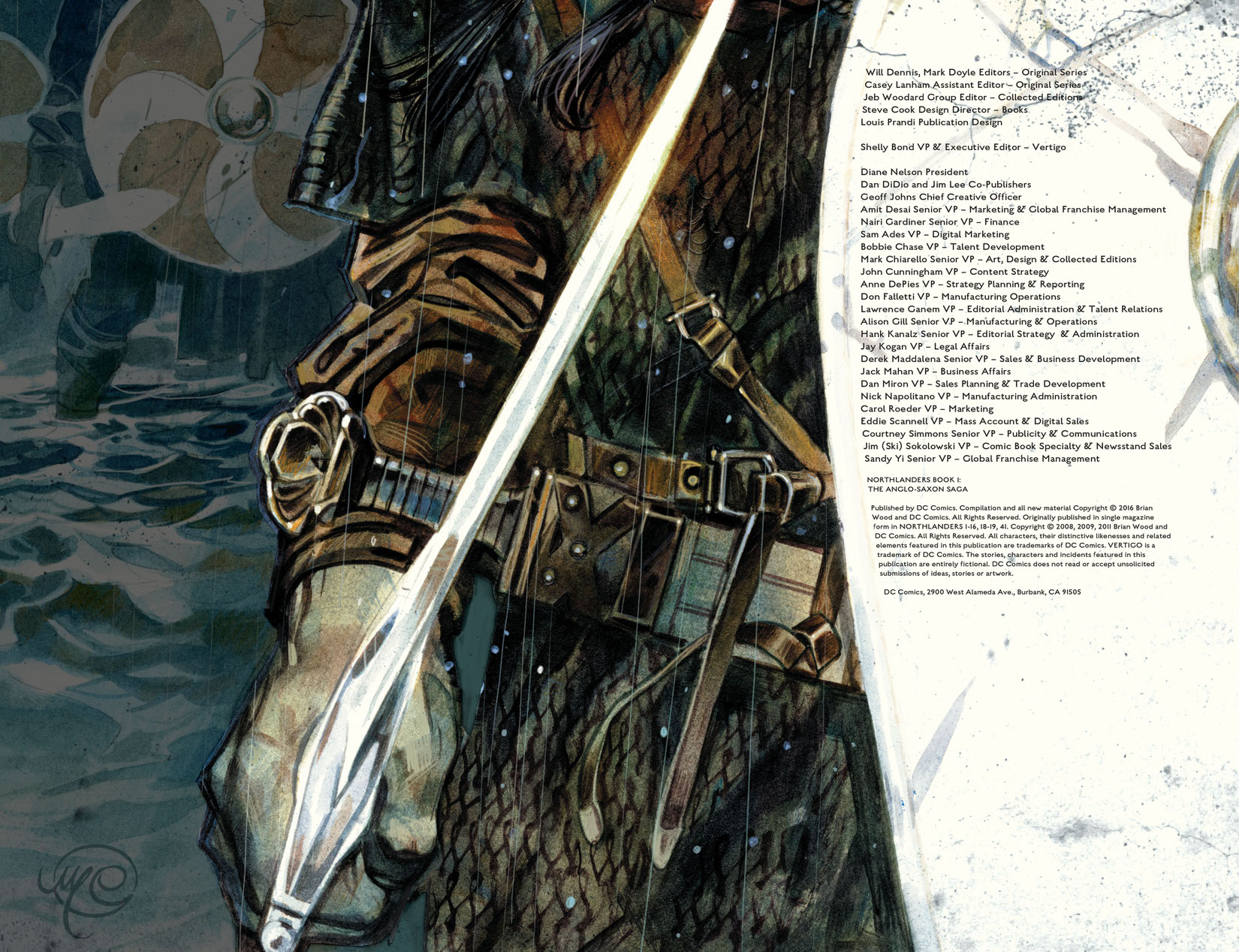 The first of three volumes chronicling the entire NORTHLANDERS saga! Writer BRIAN WOOD (DMZ, Rebels, The Massive), with a lineup of acclaimed artists including DAVIDE GIANFELICE (Daredevil: Reborn) and RYAN KELLY (LUCIFER), brings his modern, stylish sensibility a thousand years into the past. The British Isles were a tempting target to the Vikings, who craved lush land to farm and rich monasteries to plunder, and the fractured Saxon kingdoms were barely able to resist. But as time progressed and the centuries-old pagan belief in nature, the fates, and a raucous warrior afterlife were gradually replaced by the rigid traditions of Christianity, a dark ages culture war took shape. An exiled Viking warrior returns to Orkney to claim a family title in “Sven The Returned.” A trio of Norse wives hold a coastal fort against wave after wave of invaders in “The Shield Maidens.” A forensic investigator tracks a series of killings across pagan Ireland in “The Cross And The Hammer.” “Thor’s Daughter” introduces a young woman, the sudden and tragic heir to an army of impatient warriors. And in the poignant “Lindisfarne,” a young boy witnesses the brutal monastery raid that started it all. Collects NORTHLANDERS #1-16, #18-19, and #41.