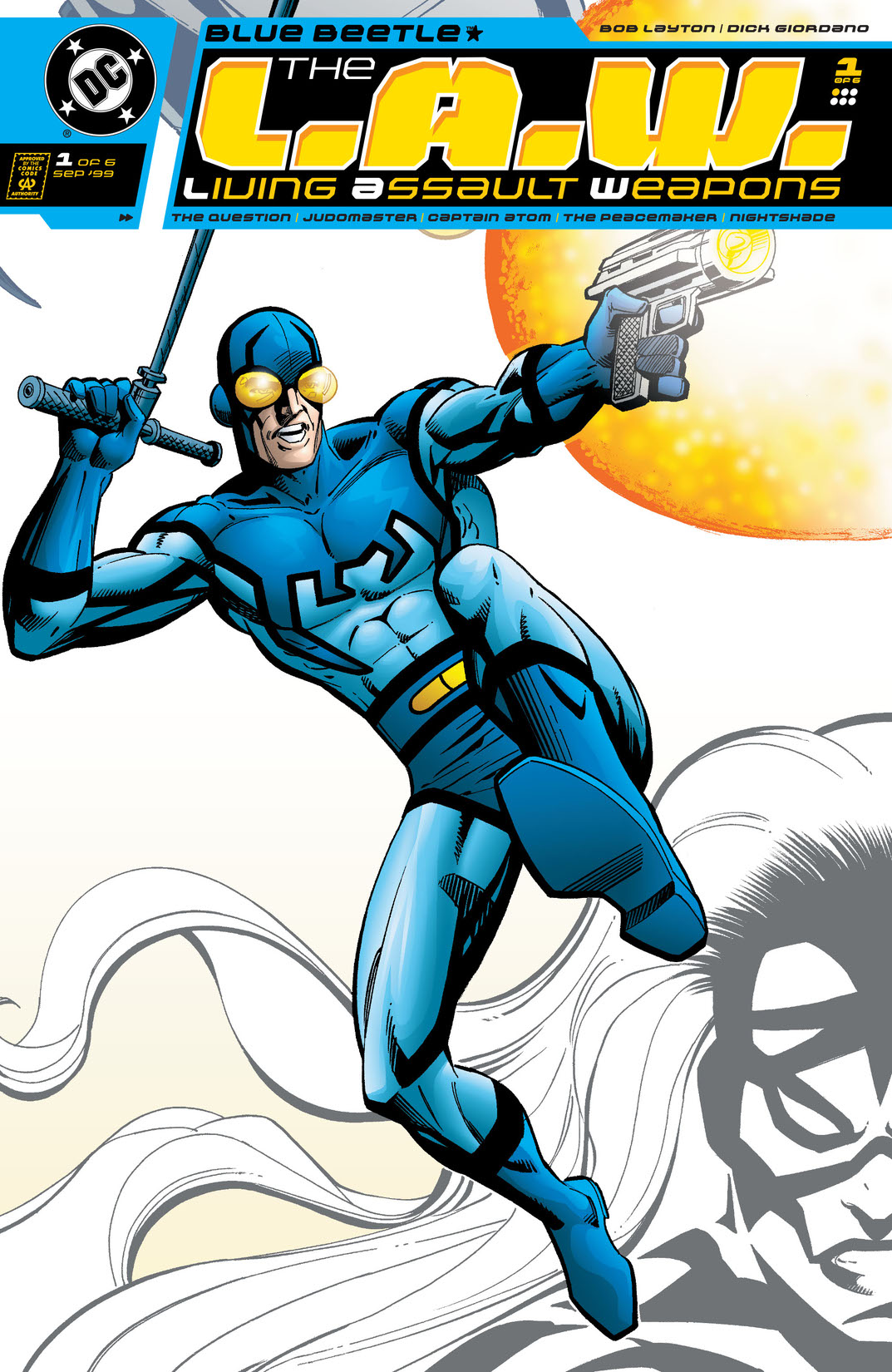 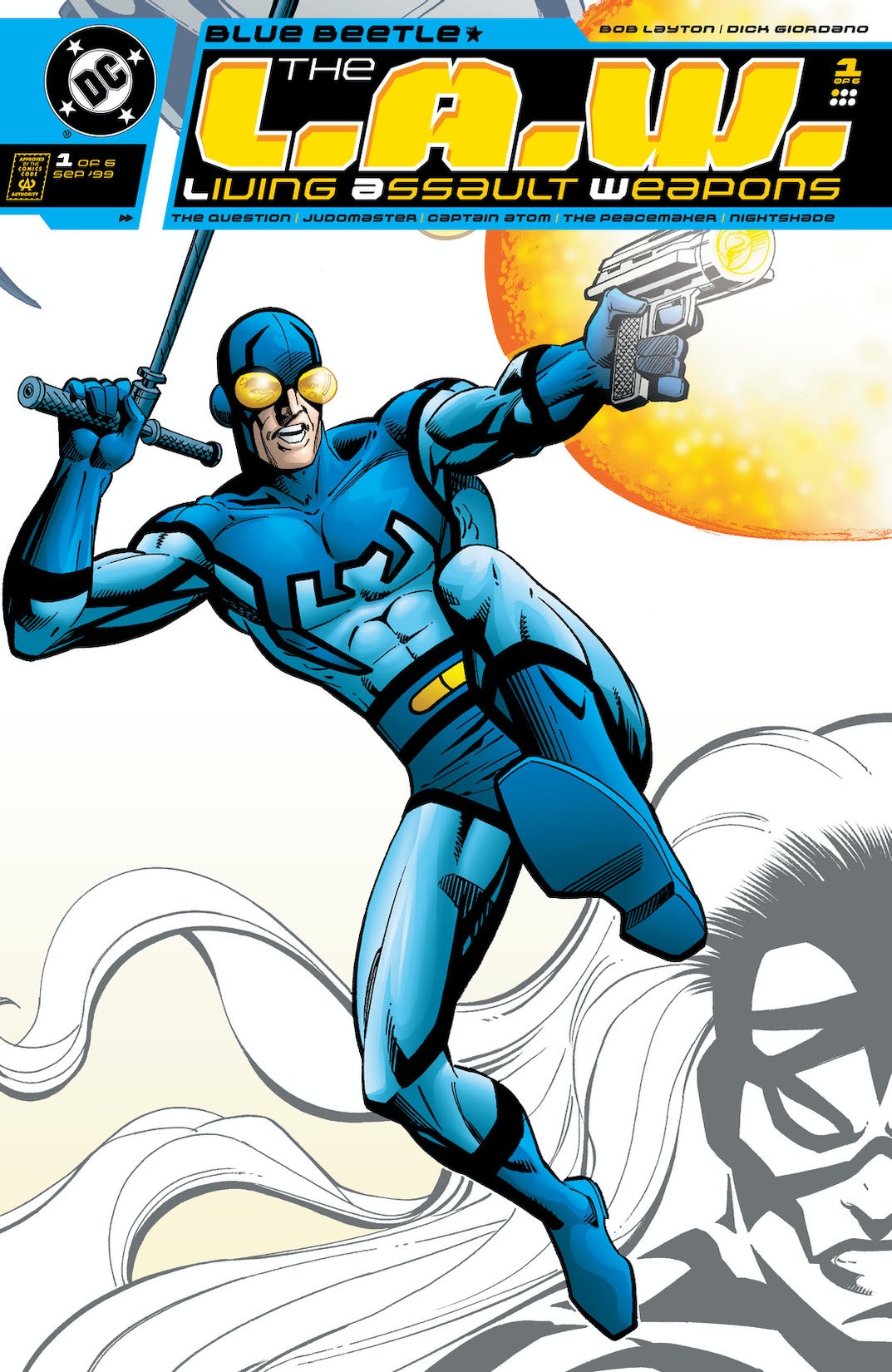 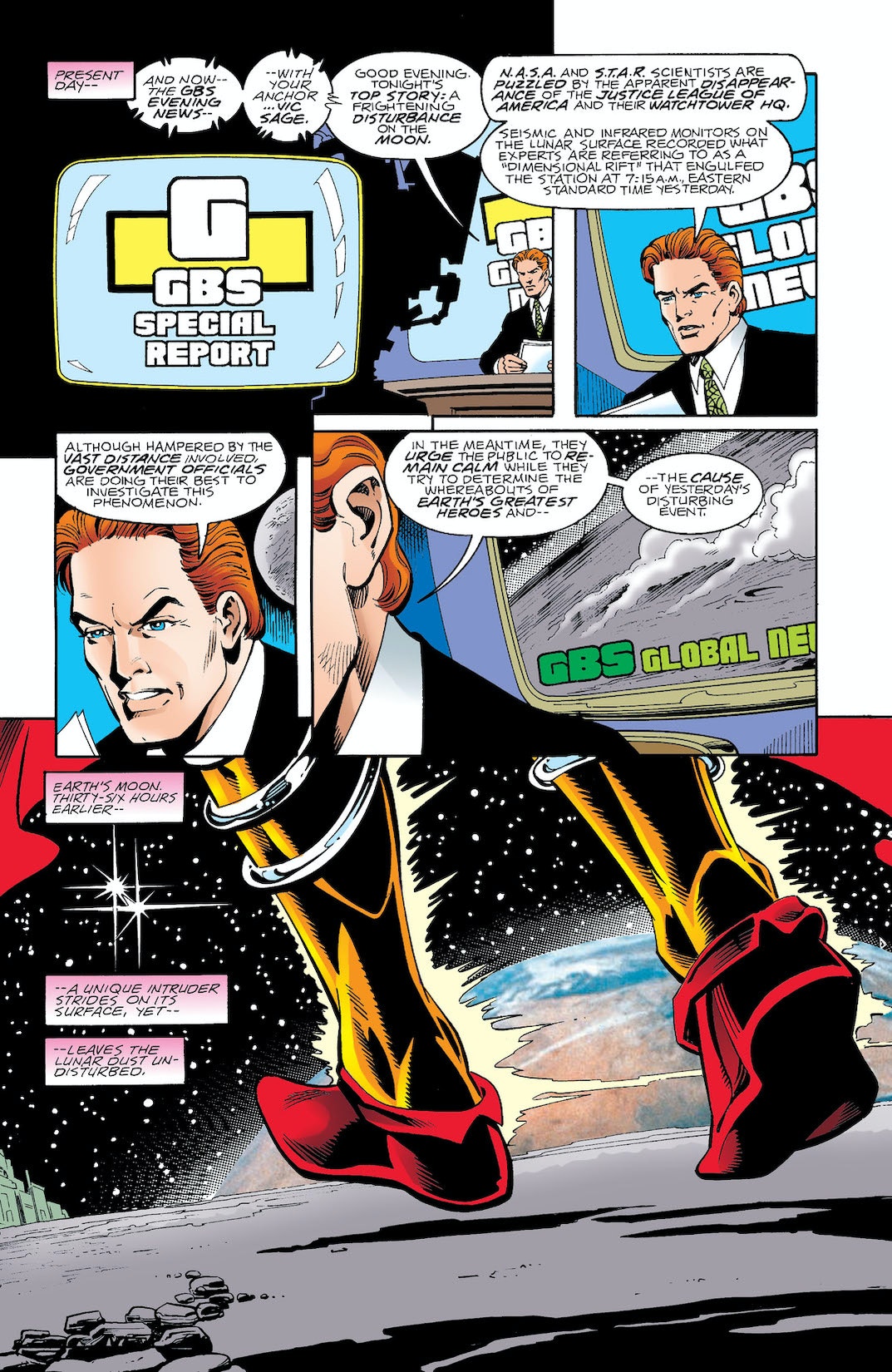 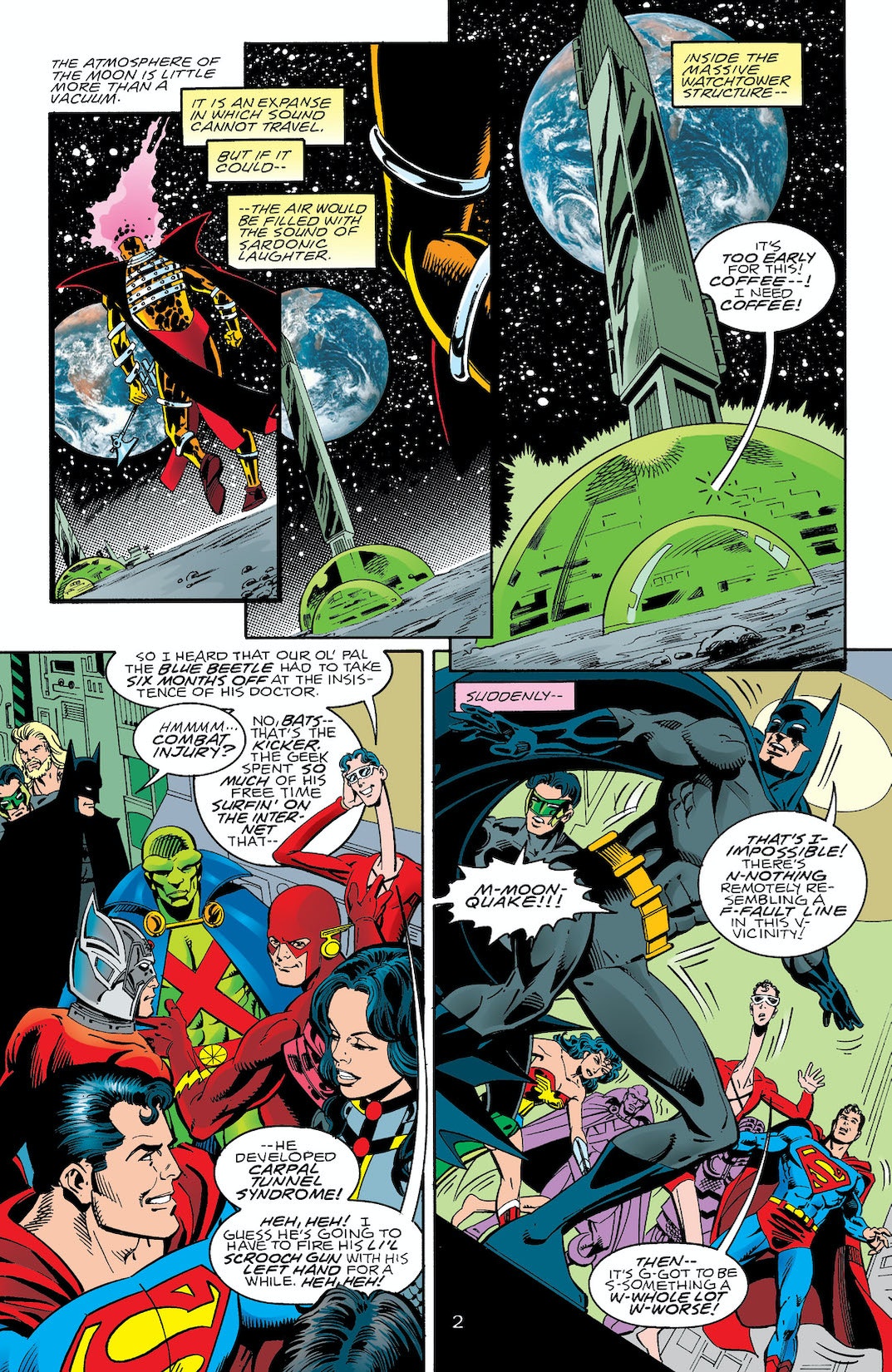 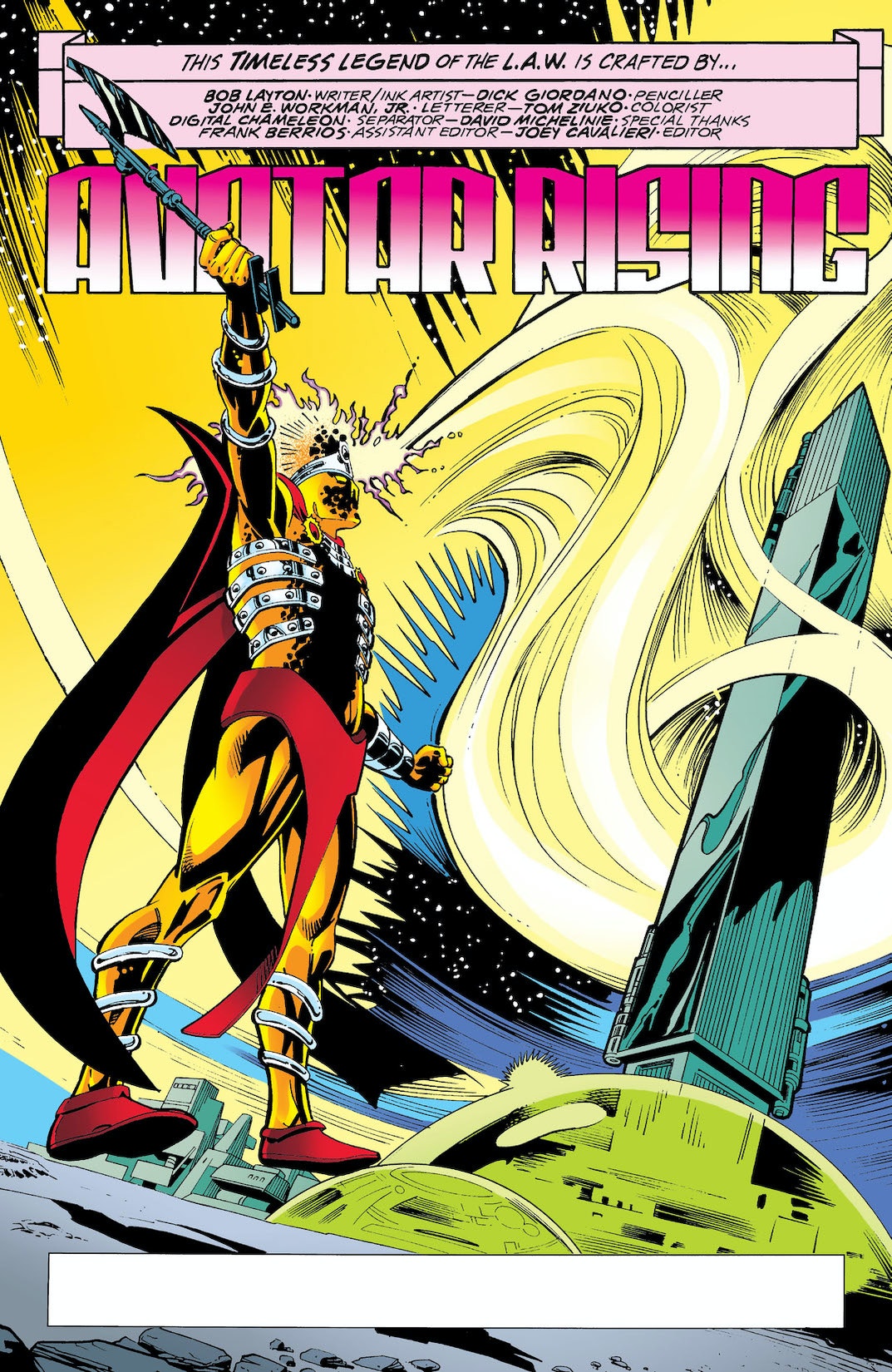 “AVATAR RISING.” The former Charlton heroes stand between the world and chaos when the JLA disappears! After the mysterious being called Avatar casts the Justice Leaguers—and their lunar Watchtower—into another dimension as part of his plan to eliminate the world's “warrior class,” Blue Beetle, the Question, Sarge Steel, Nightshade, Peacemaker and Judomaster unite as an elite squad of “living assault weapons” to stop him. But can even these mighty heroes stand against a foe who has harnessed the powers of Captain Atom to bend the world to his will?