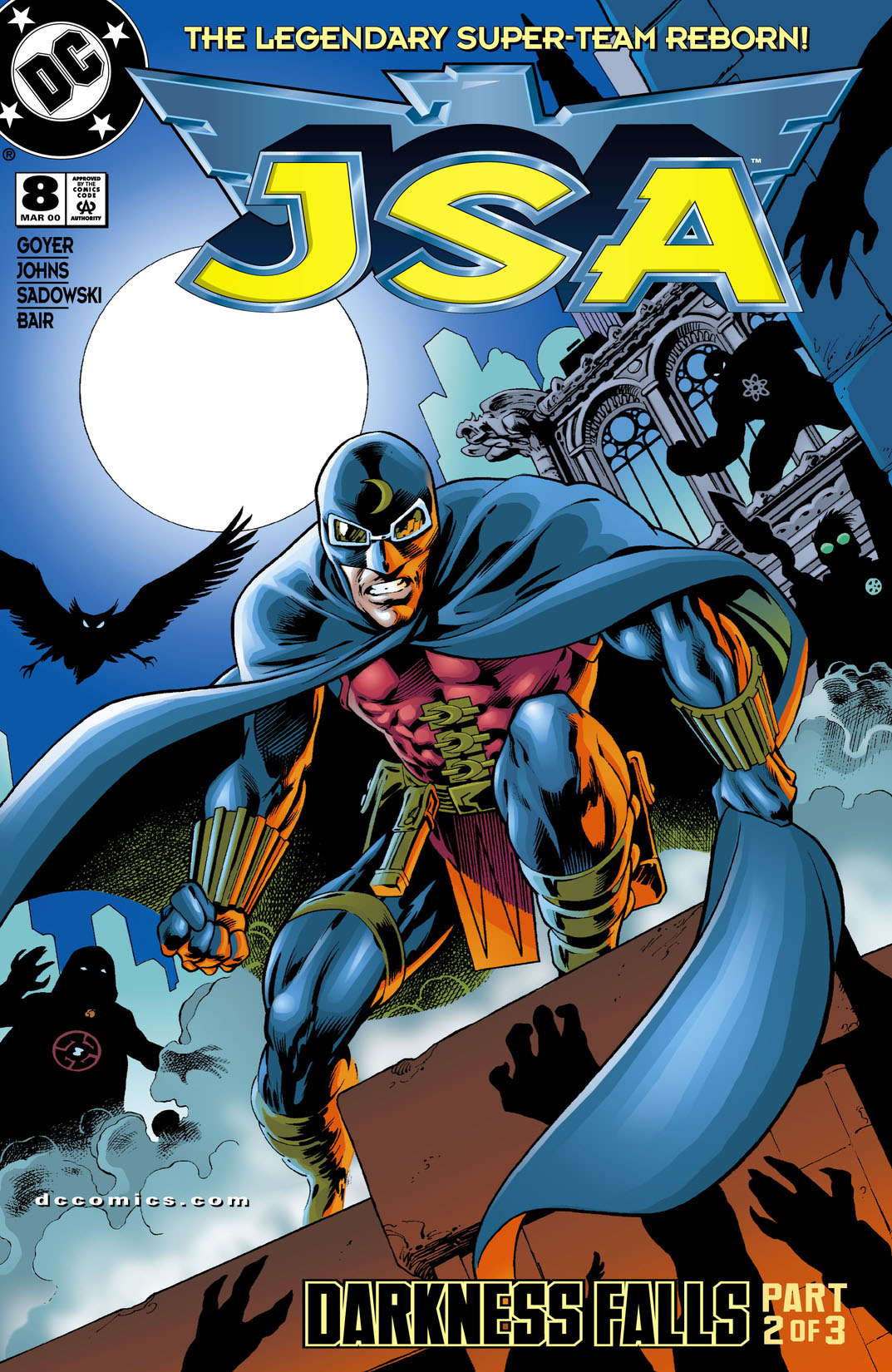 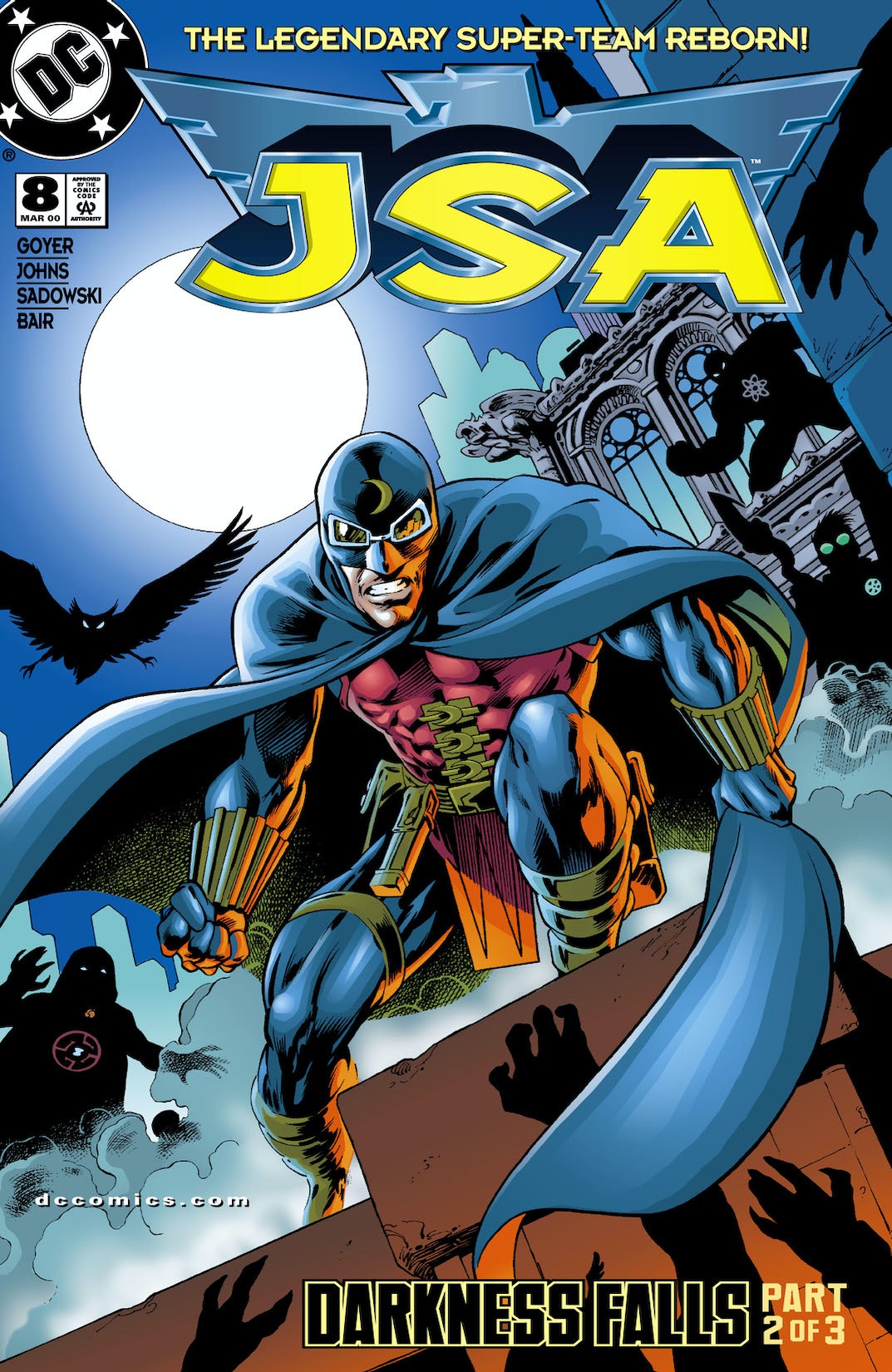 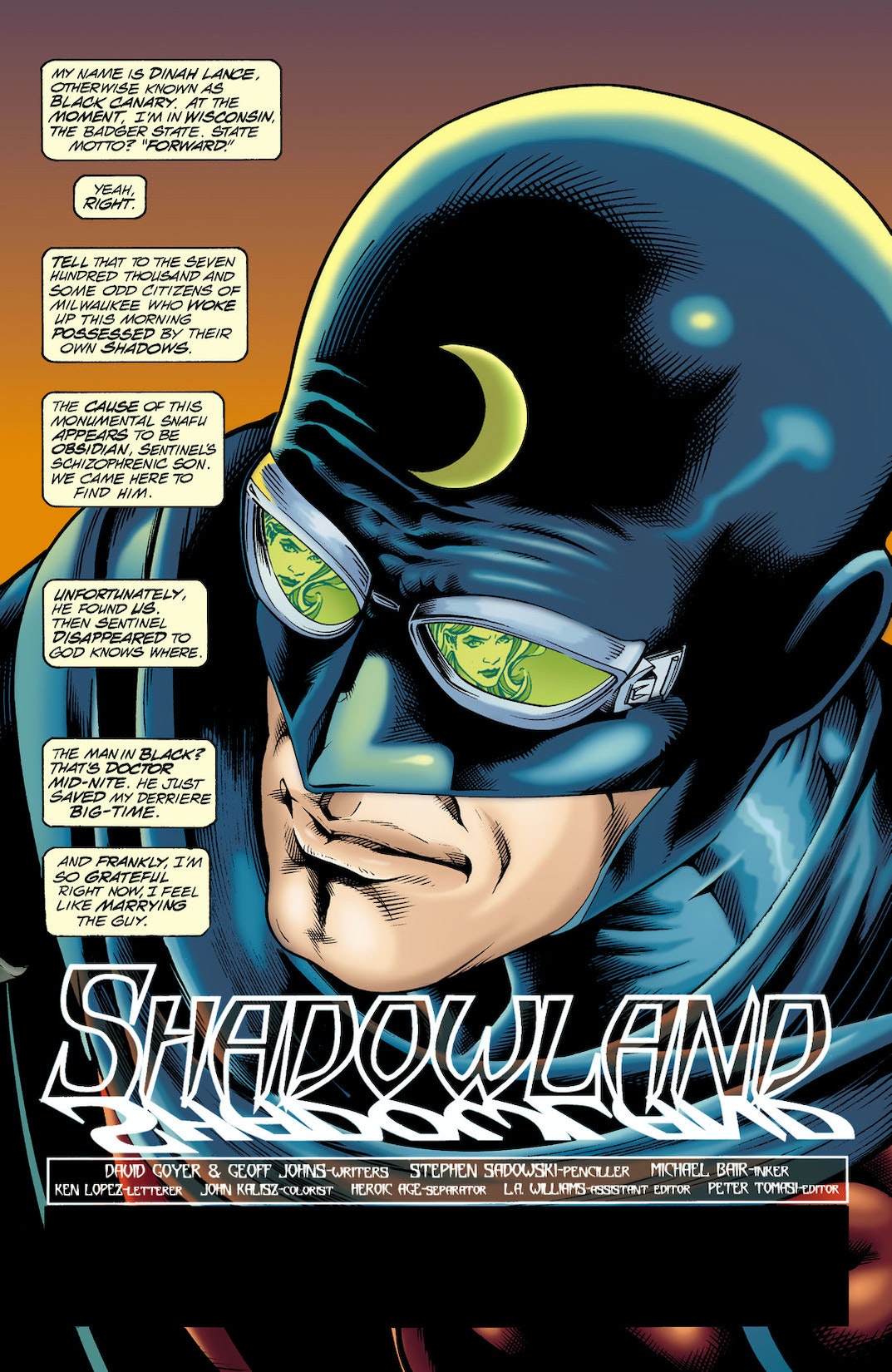 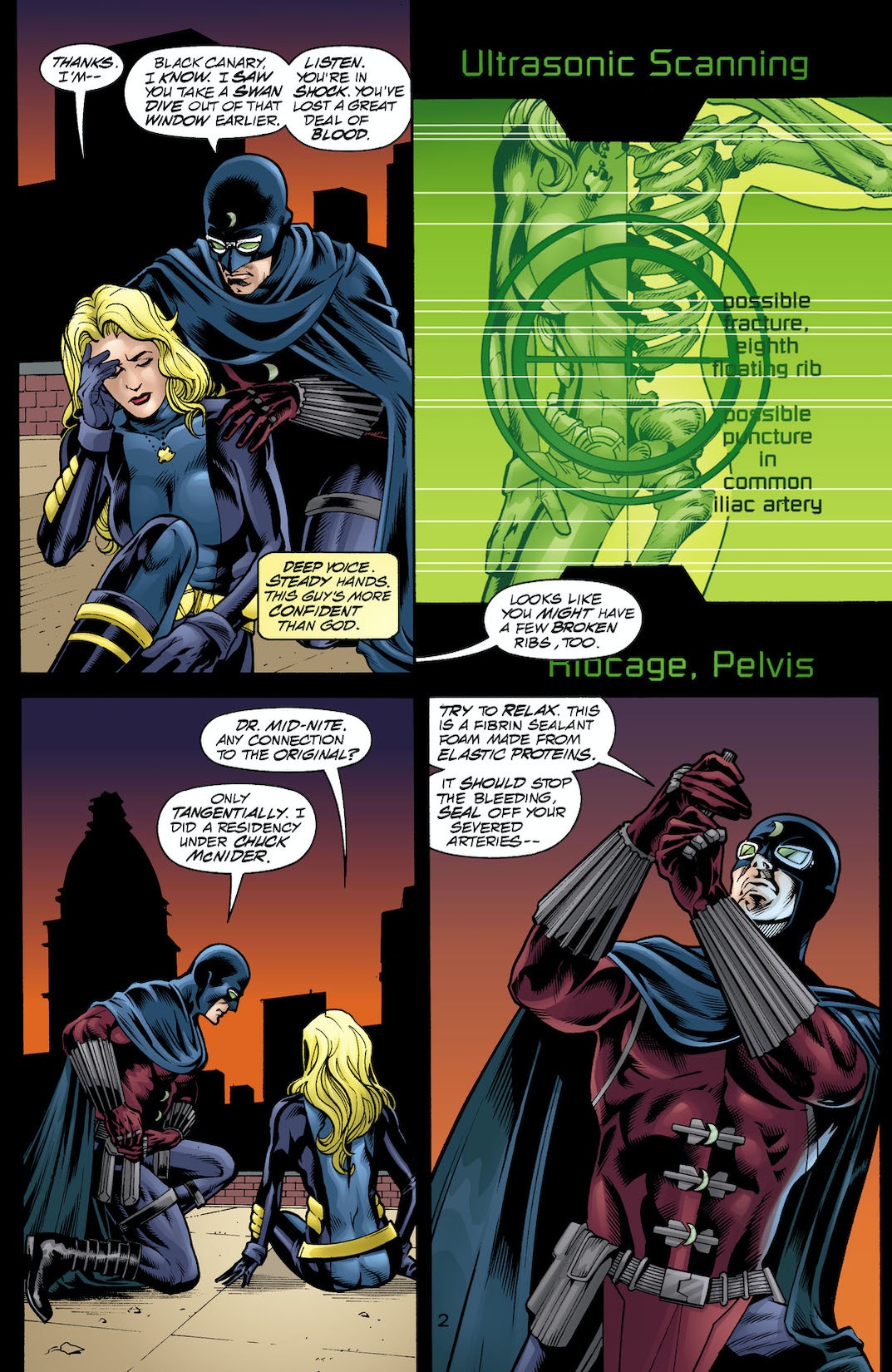 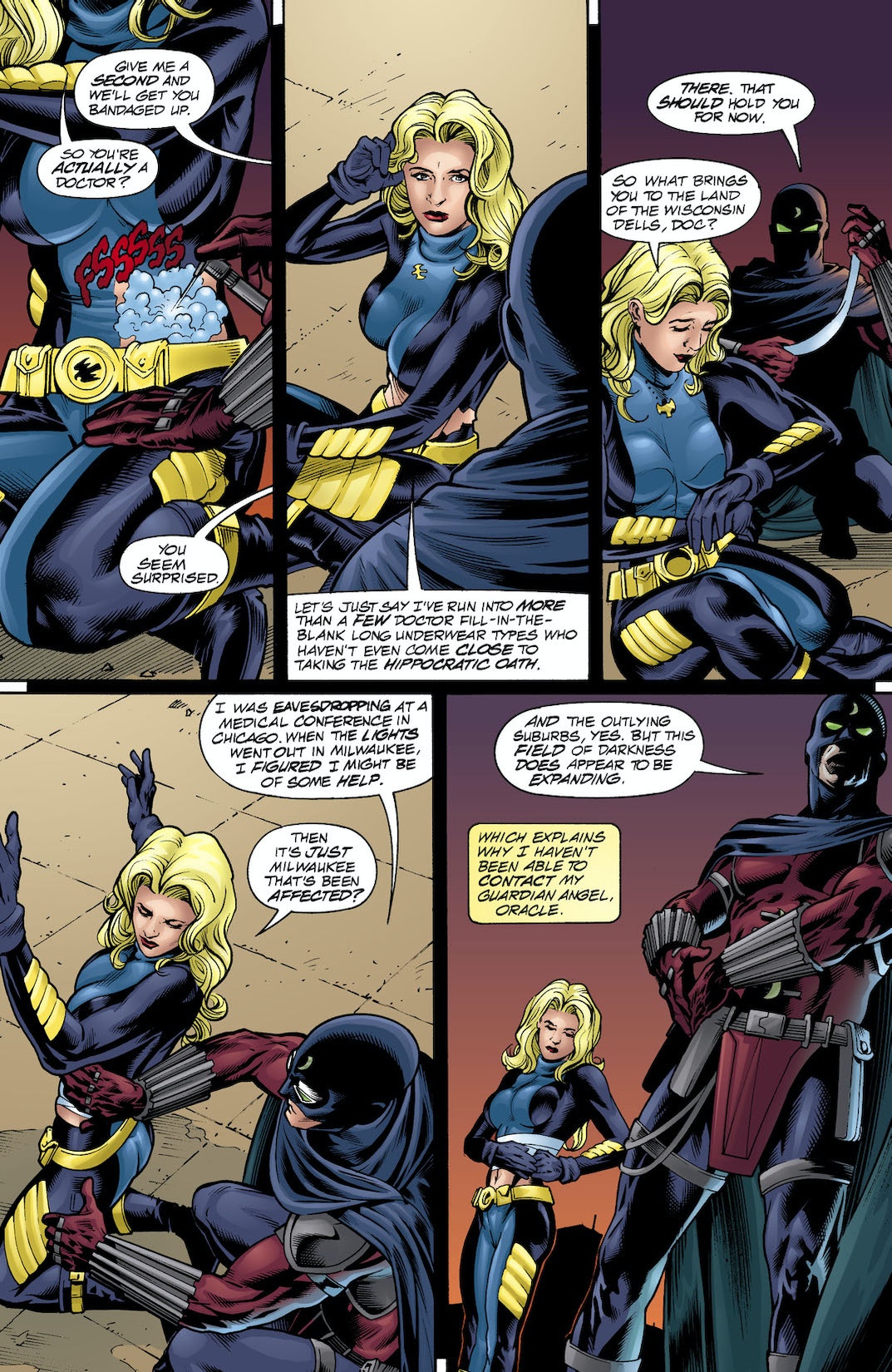 The new Doctor Mid-Nite makes his JSA debut, as the now-evil Obsidian has possessed the JSA, except for Black Canary! The Canary has avoided the corrupting influence of Obsidian so far, but can she and Doctor Mid-Nite rescue her friends and save the city? 'Darkness Falls' part 2.