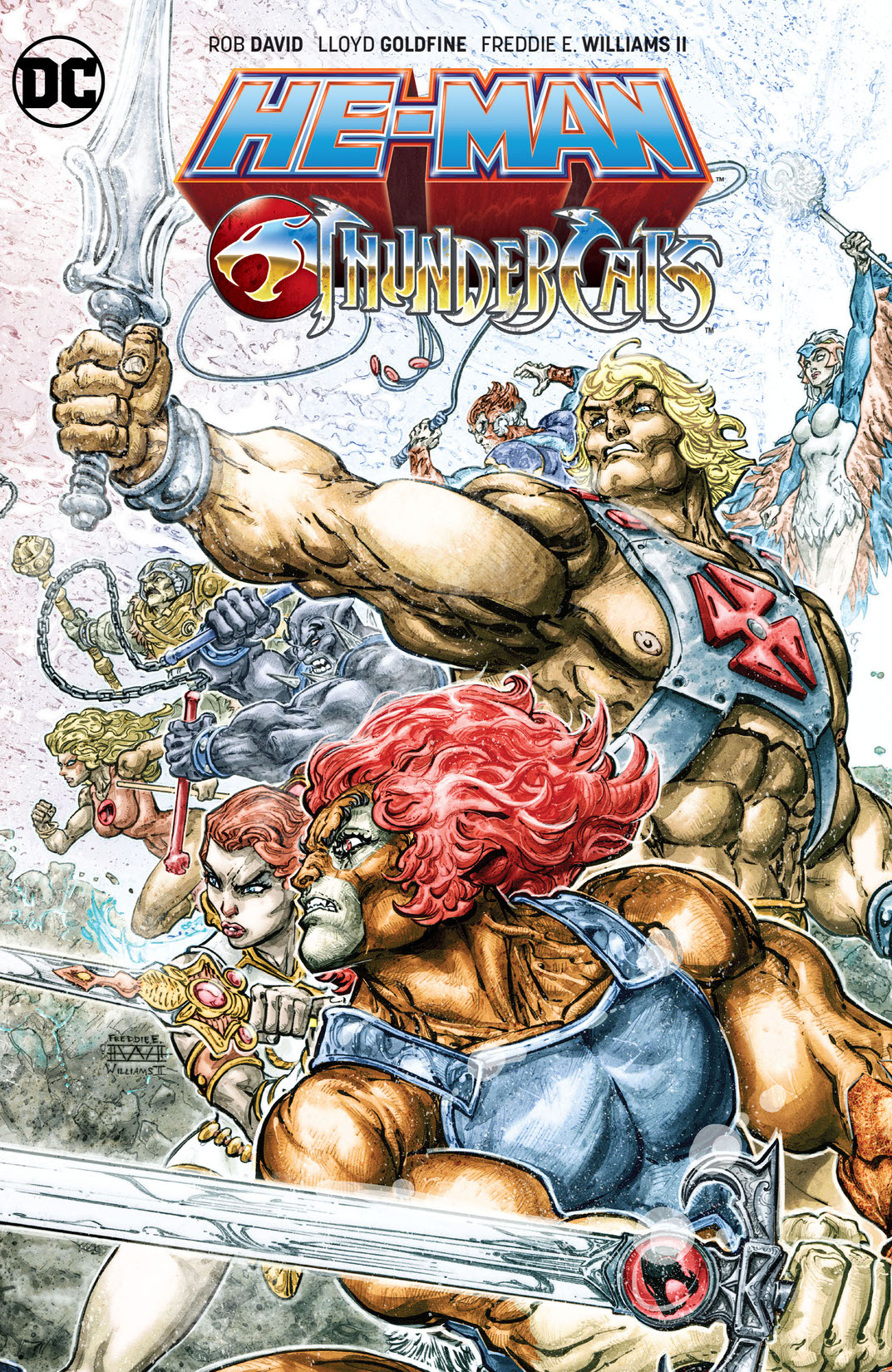 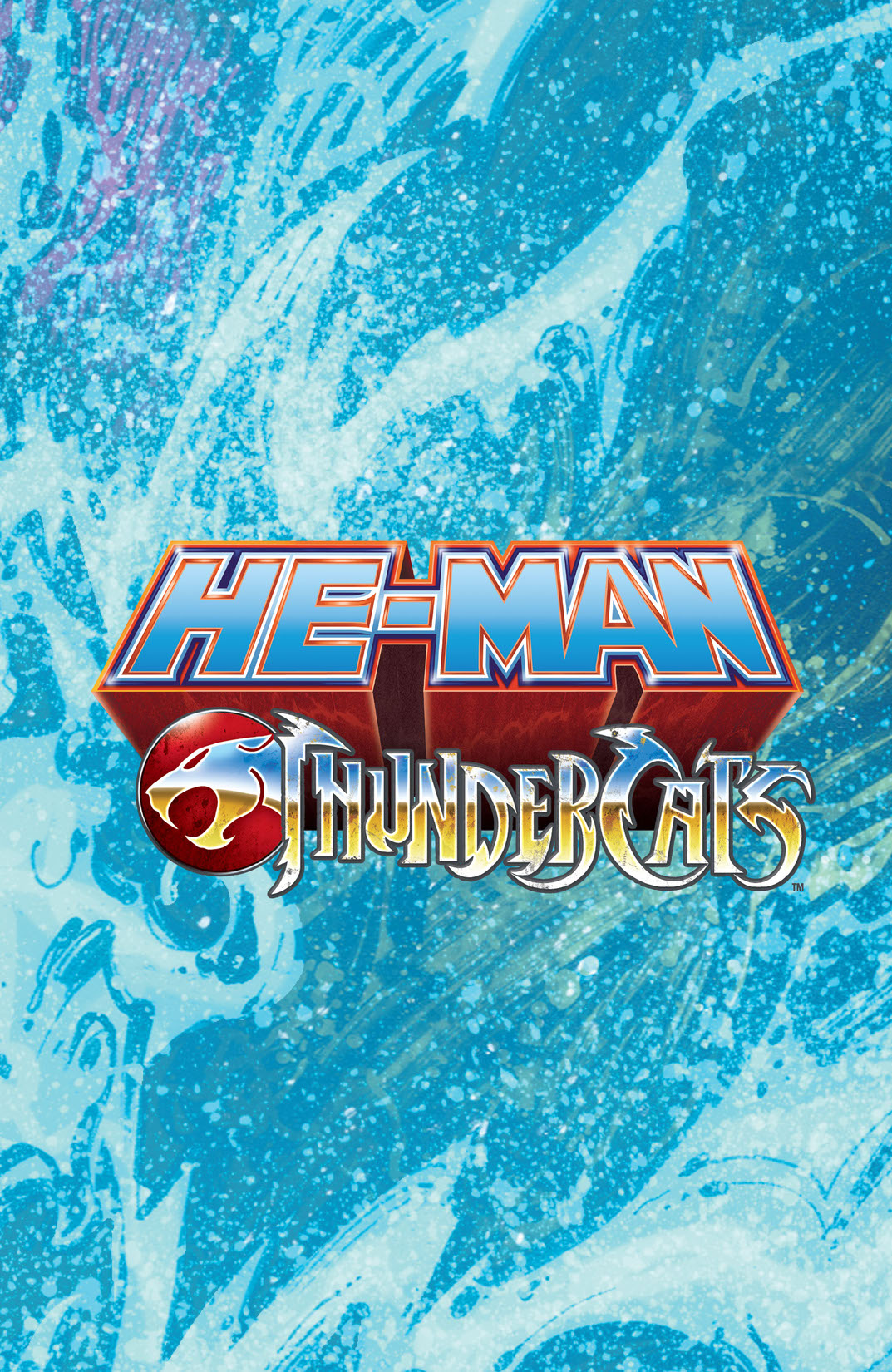 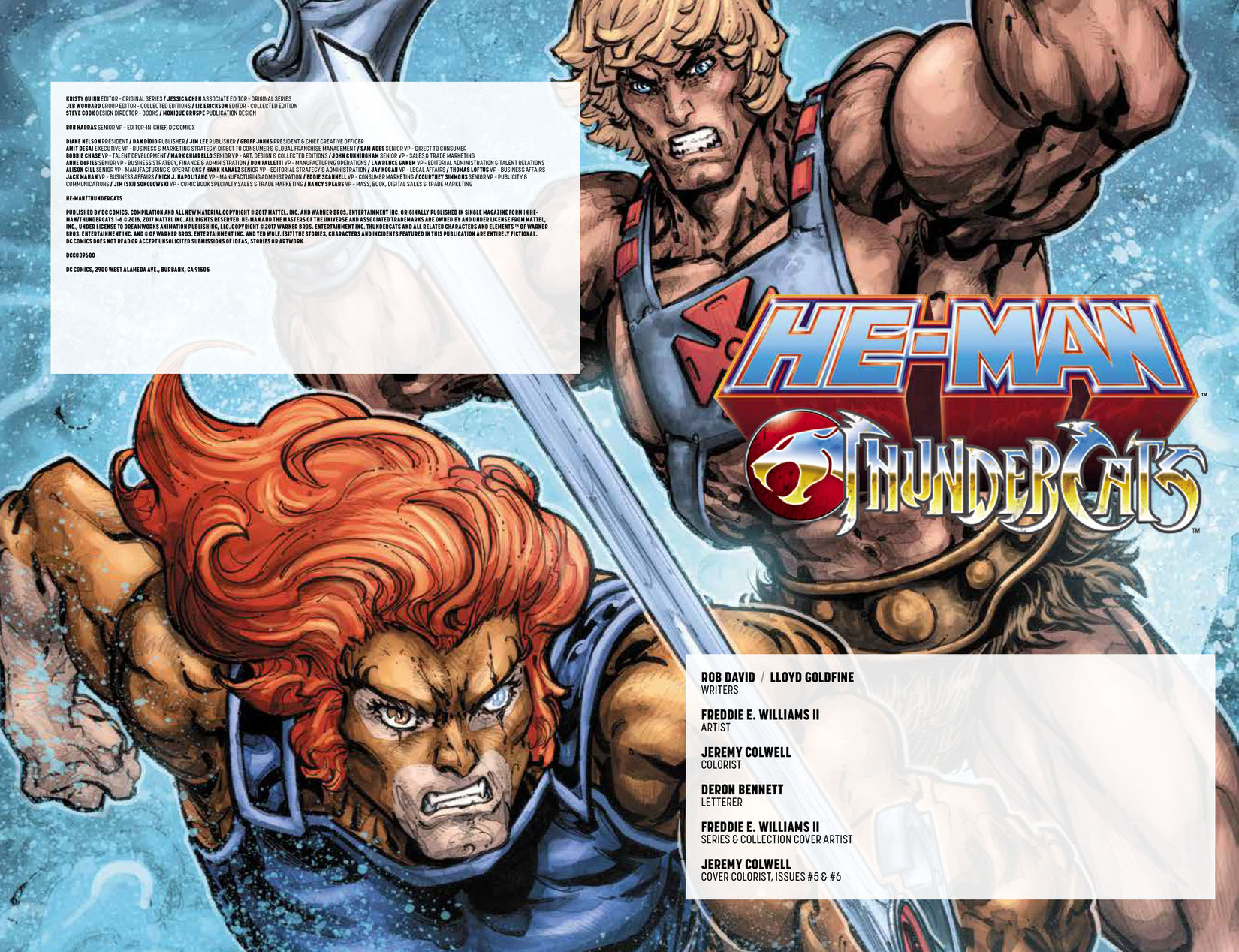 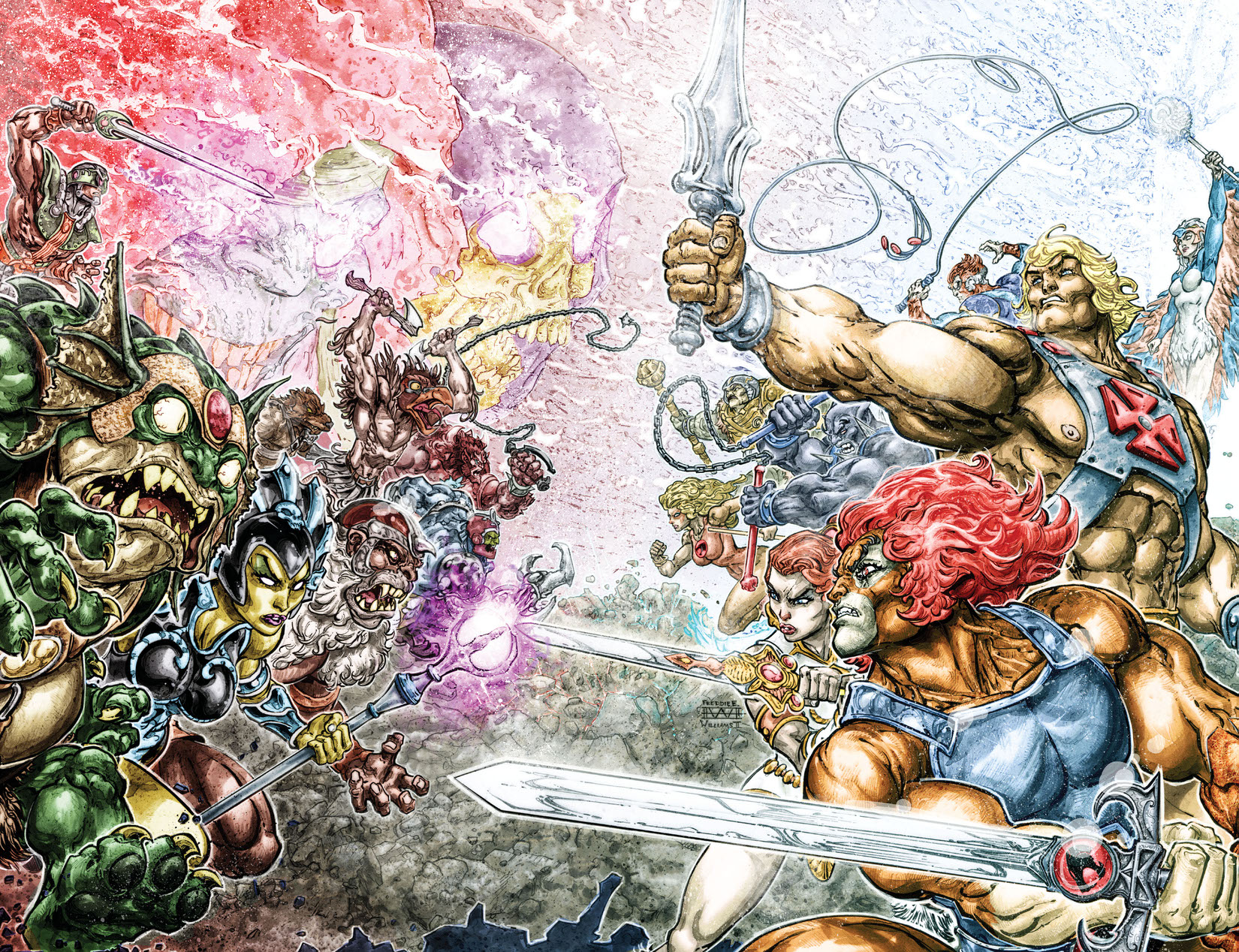 It’s the team-up fans have been waiting three decades to see! Full of the most beloved heroes and hated villains from both classic action franchises, HE-MAN/THUNDERCATS is an astonishing adventure from He-Man’s head writer and producers Rob David and Lloyd Goldfine (TMNT: Turtles Forever), stunningly illustrated by Freddie E. Williams II (BATMAN/TEENAGE MUTANT NINJA TURTLES)! It’s called Eternia-the homeworld of He-Man and the Masters of the Universe. Here, this legendary hero harnesses the Power of Grayskull to protect his planet against the evil forces of Skeletor, the skull-faced embodiment of evil. But dimensions away, another evil has set its sights on Eternia’s champion. The menace of Mumm-Ra is spreading, even as his hated rival, Lion-O, is crowned king of the Thundercats. Mumm-Ra knows only one weapon can stand against Lion-O’s unstoppable Sword of Omens: He-Man’s Sword of Power. And he and his merciless minions are prepared to take it by any means necessary. Now the heroes and villains of two of the greatest adventure sagas ever will join forces in a war for the fate of two worlds. Can He-Man and Lion-O, the Masters and the ThunderCats, put aside their differences and stop the combined power of Skeletor and Mumm-Ra? Or will these two champions of all that is good be forced to clash swords themselves? Collects HE-MAN/THUNDERCATS #1-6.