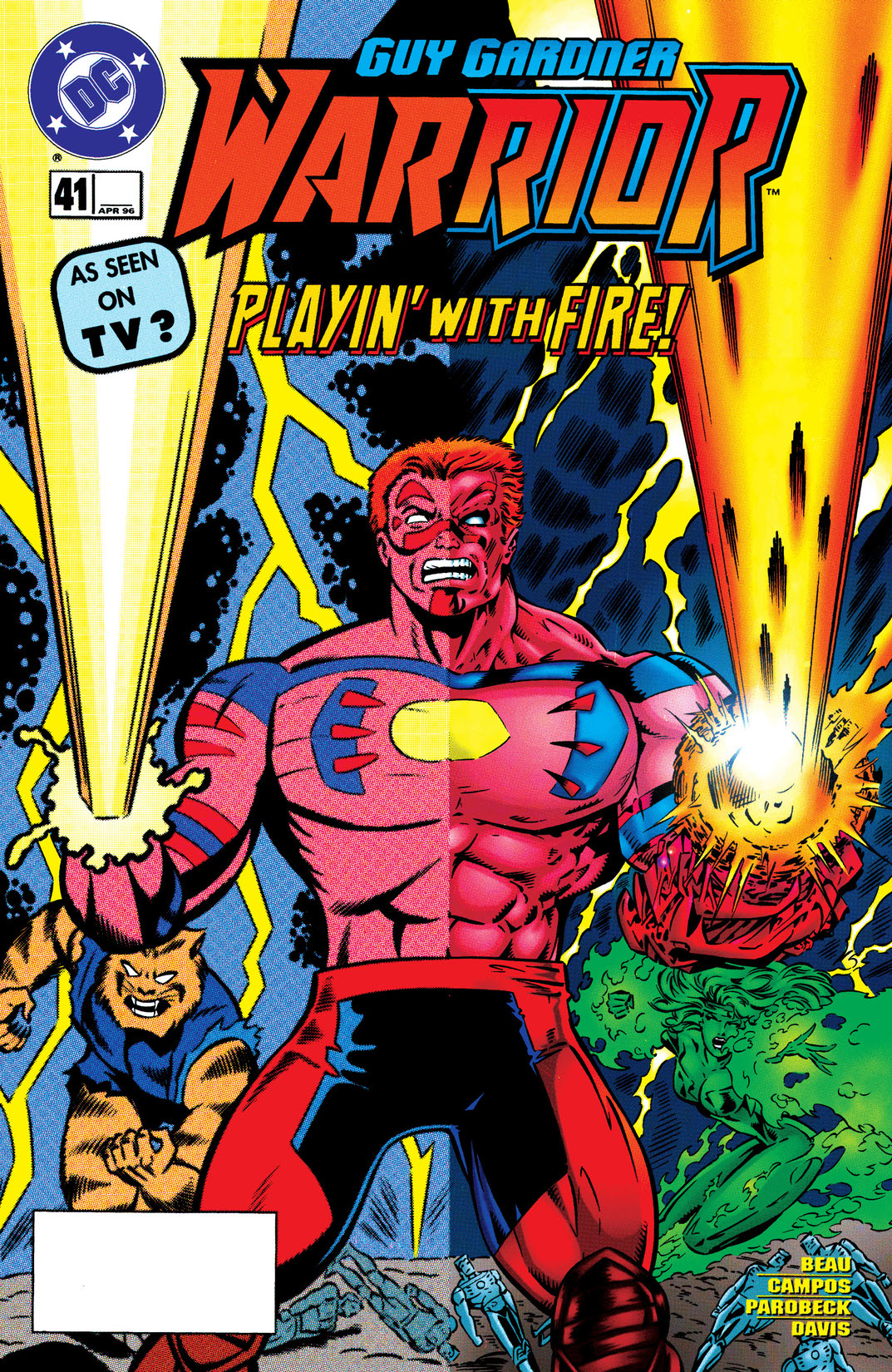 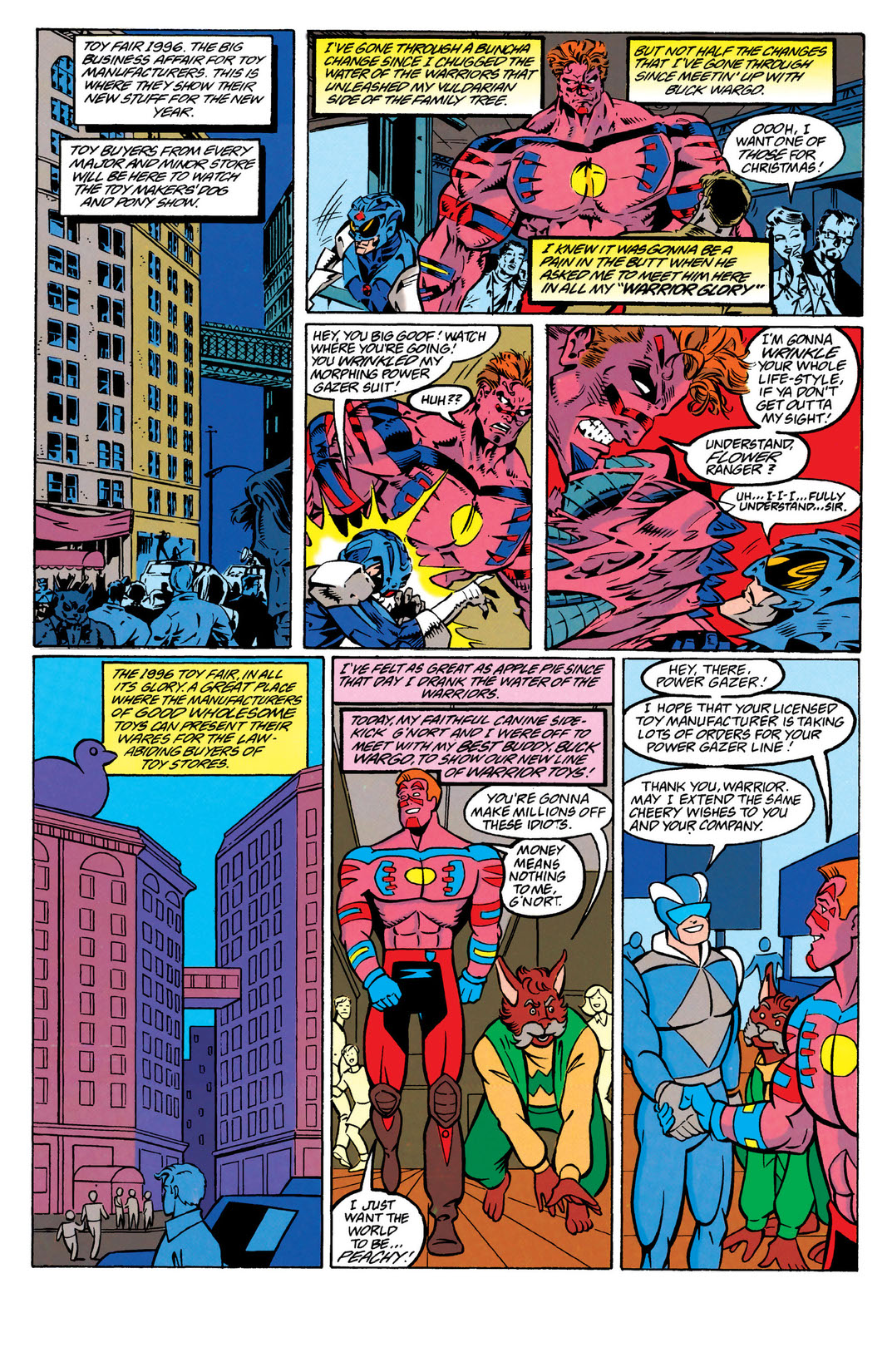 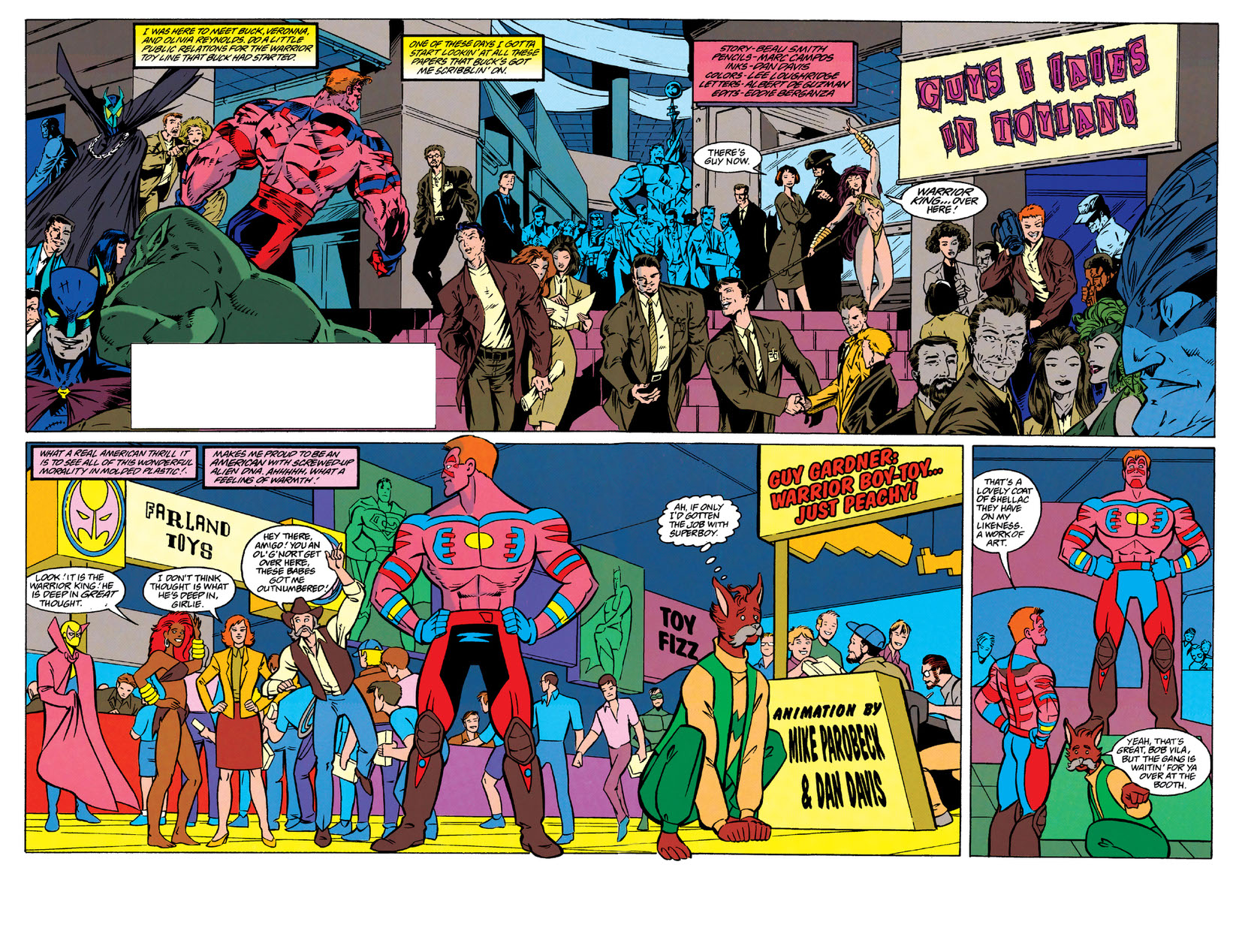 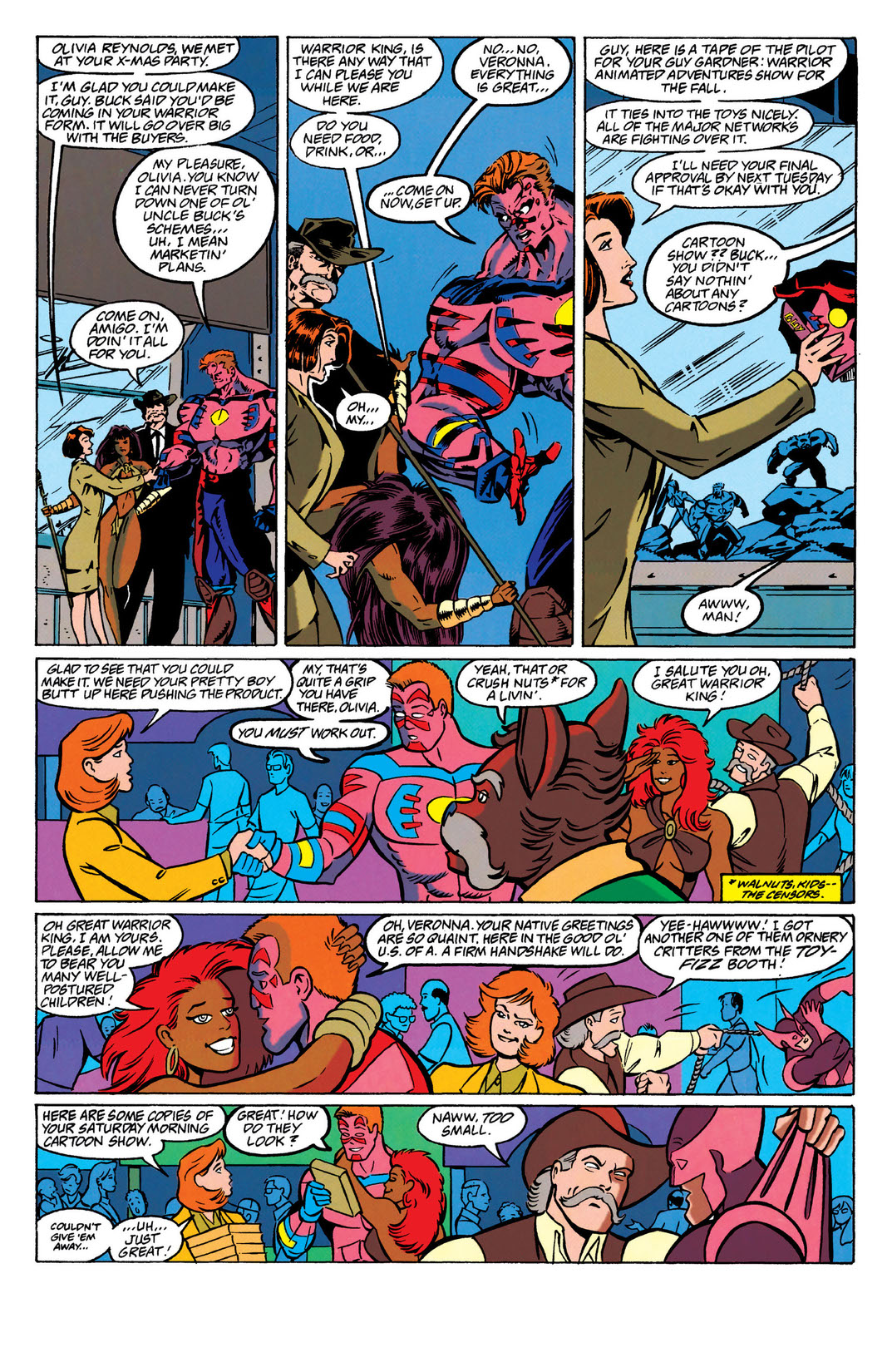 It's a double threat for Warrior as he tries to survive the merchandising of his image in a new toy line and an animated series based on his adventures. Meanwhile, he has to fend off the menace of Dungeon, who's been sent by Quorum to capture Guy Gardner. Plus, Warrior's “romance” with the Justice League's Fire heats up.