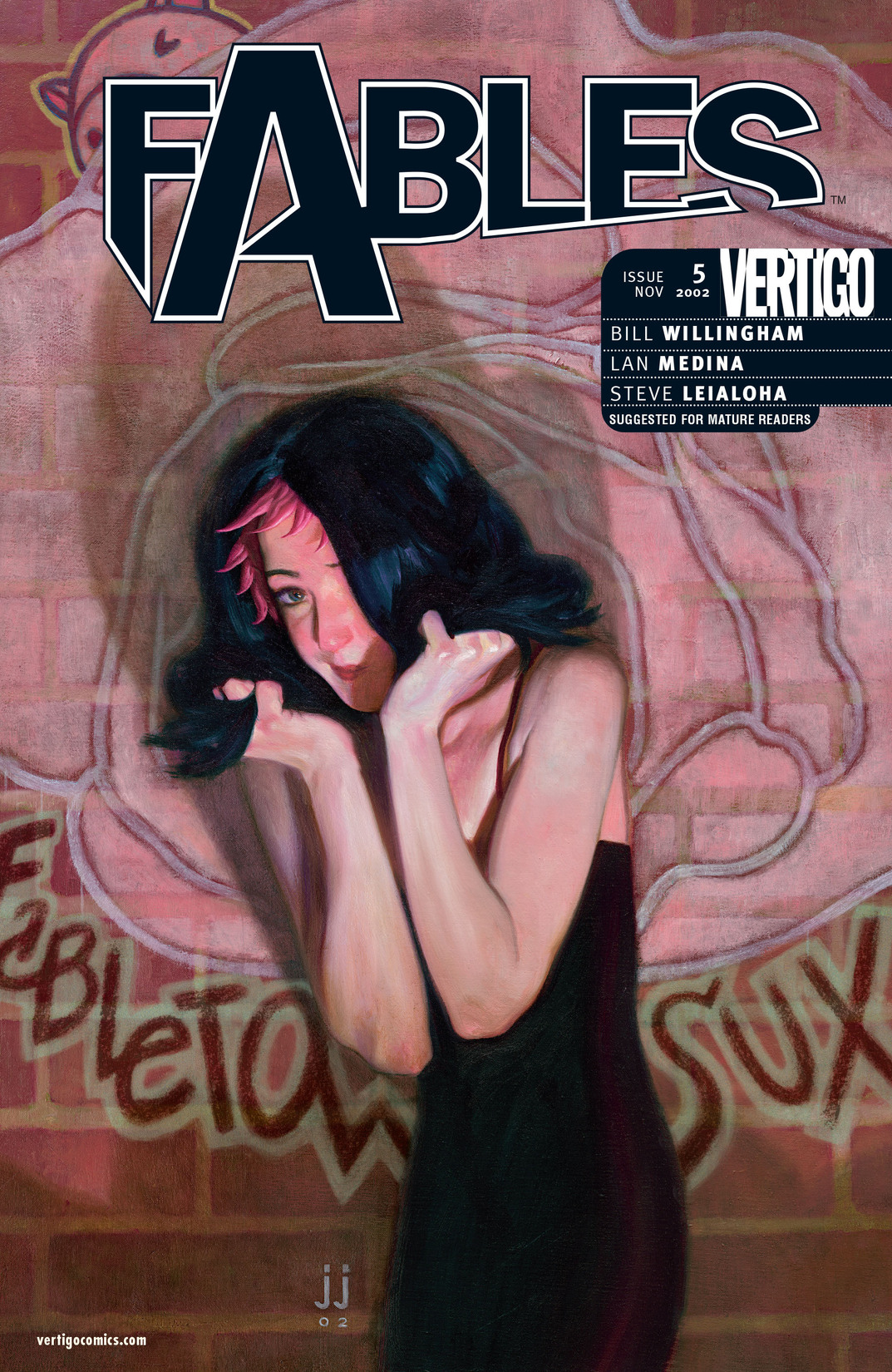 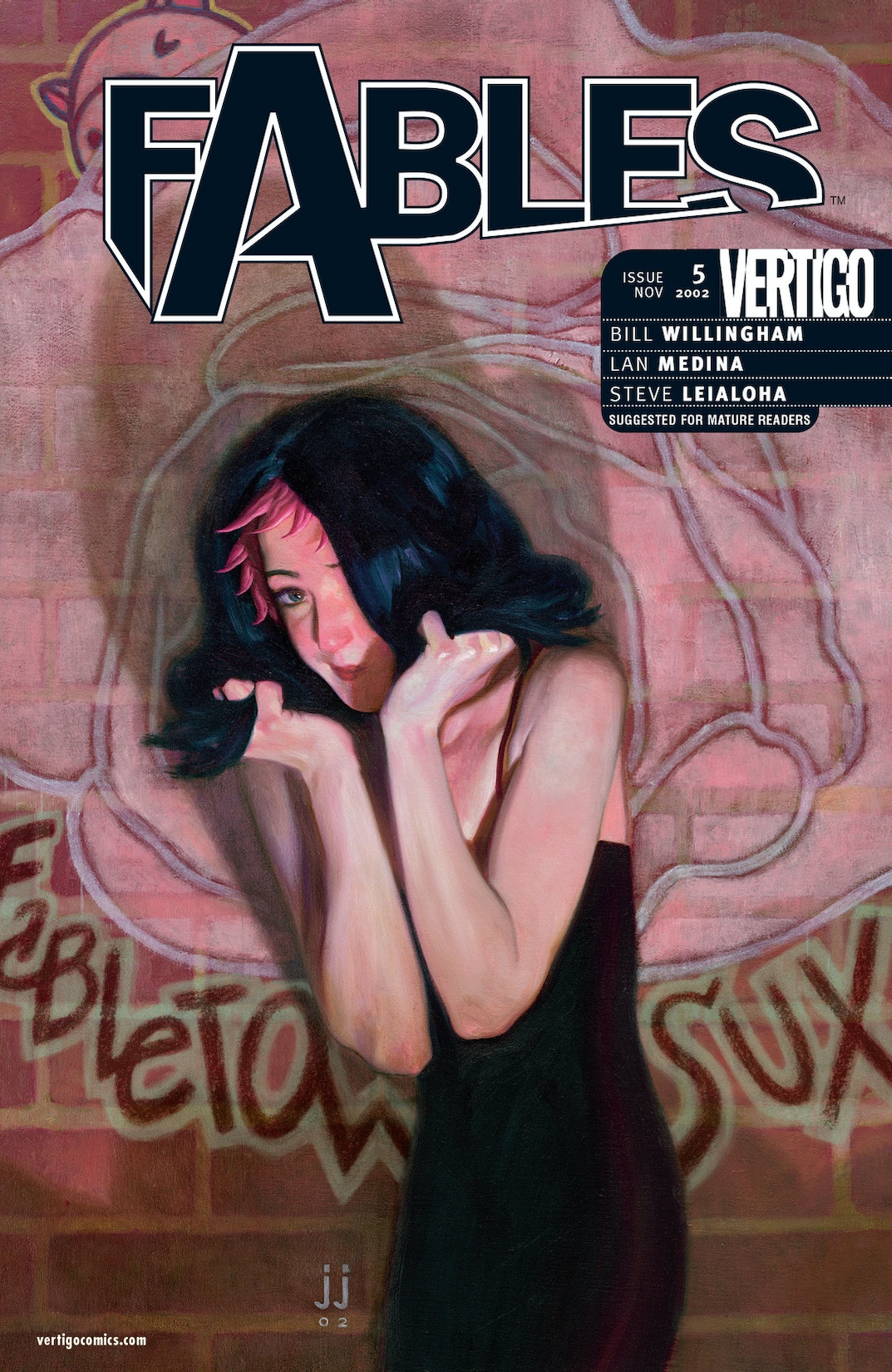 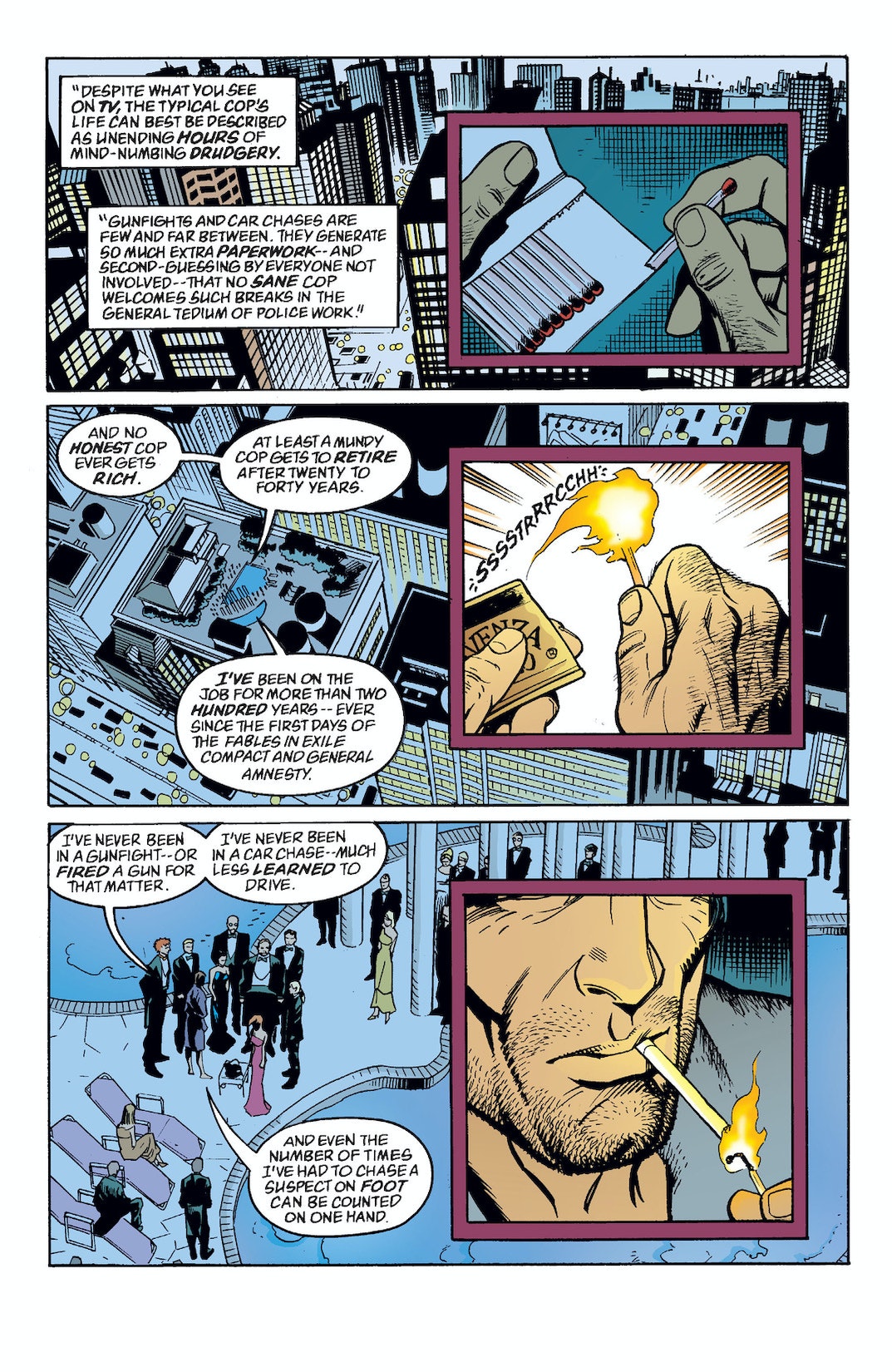 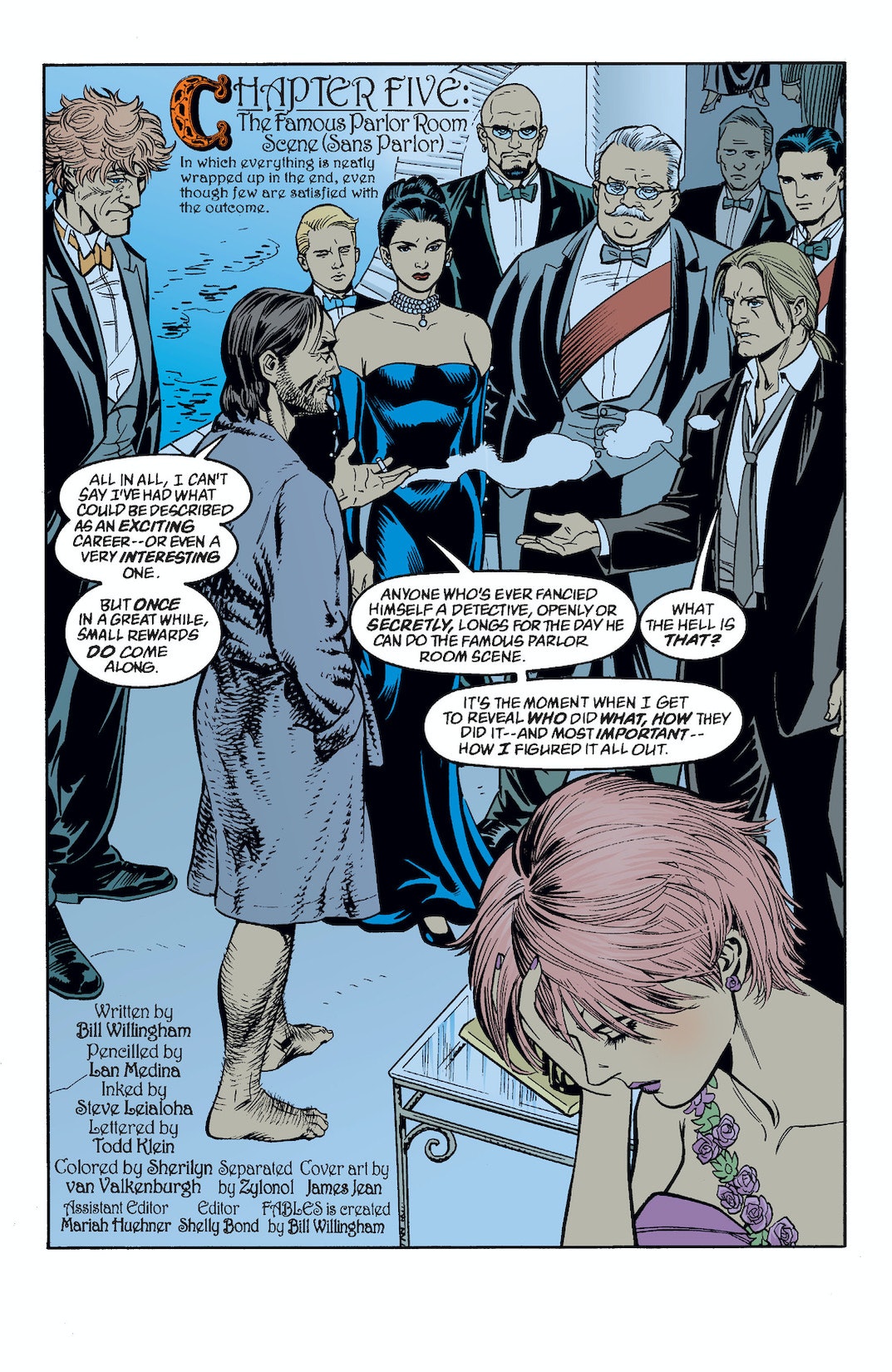 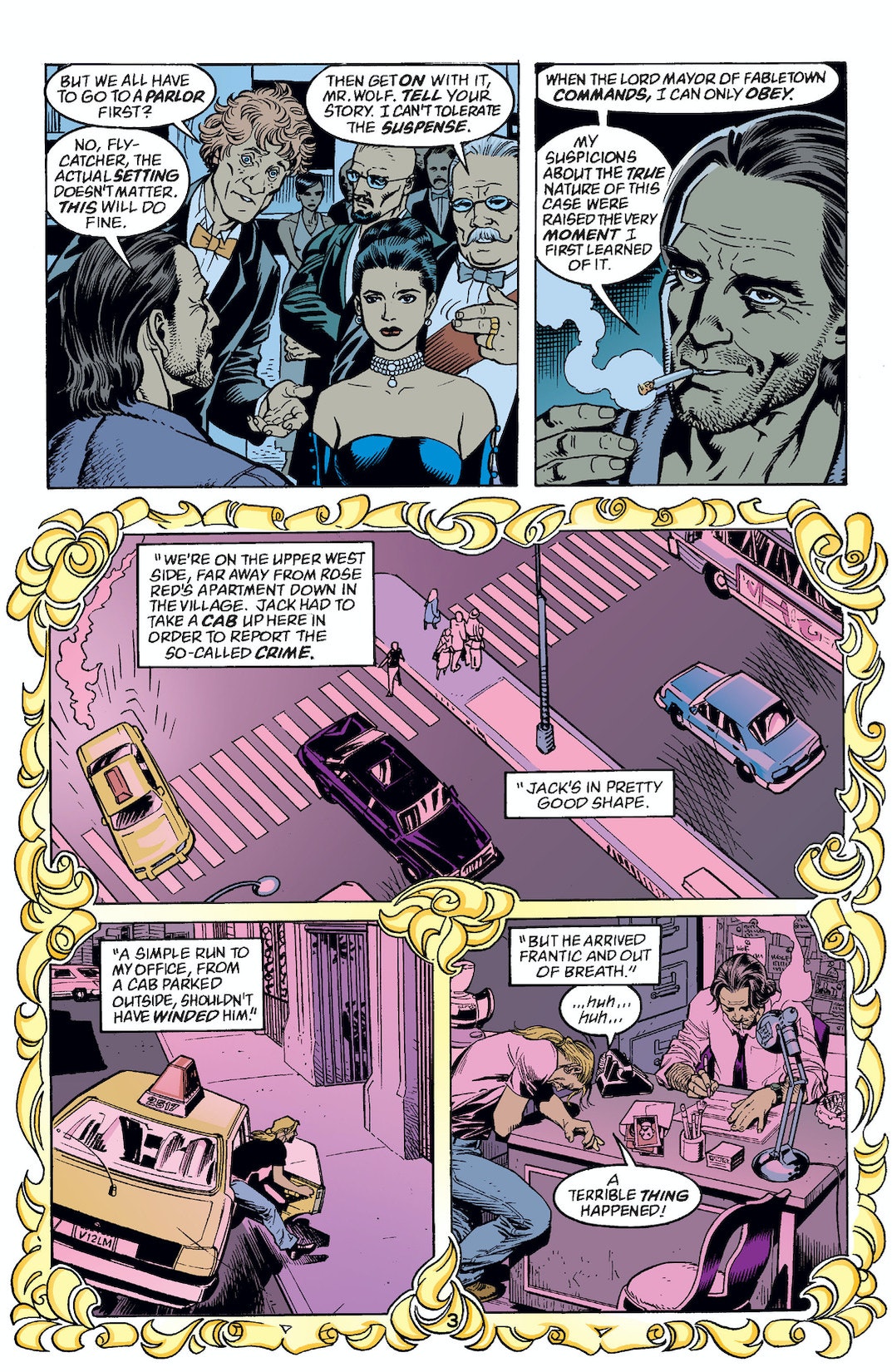 Rose Red's body has been found, and the identity of her murderer has been revealed. Now Bigby Wolf, Fabletown's sheriff, shows us how he put the clues together to solve the foul crime. Also, Prince Charming has auctioned off his royal titles and gets his first taste of his life to come...as a penniless nobody.