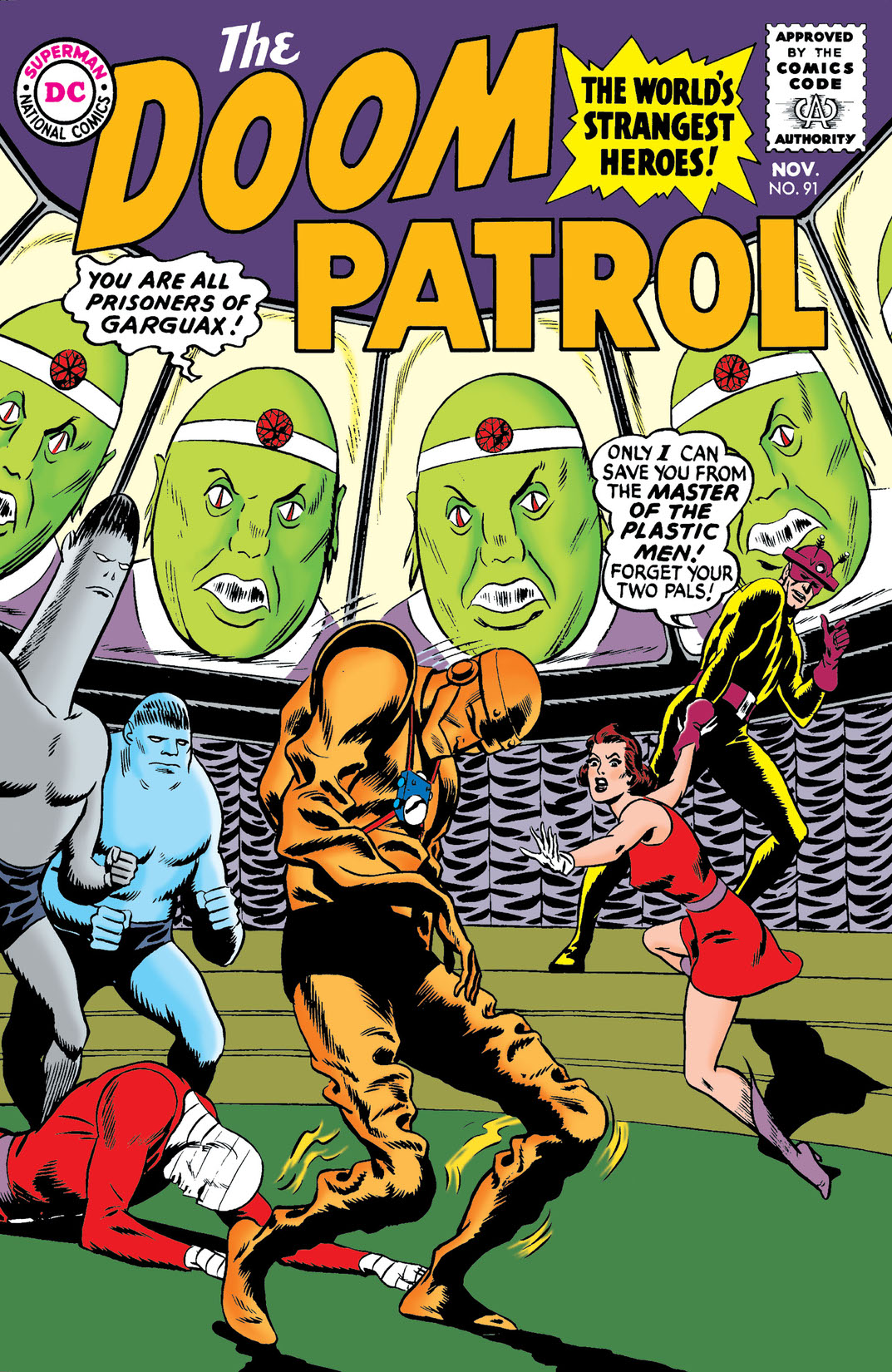 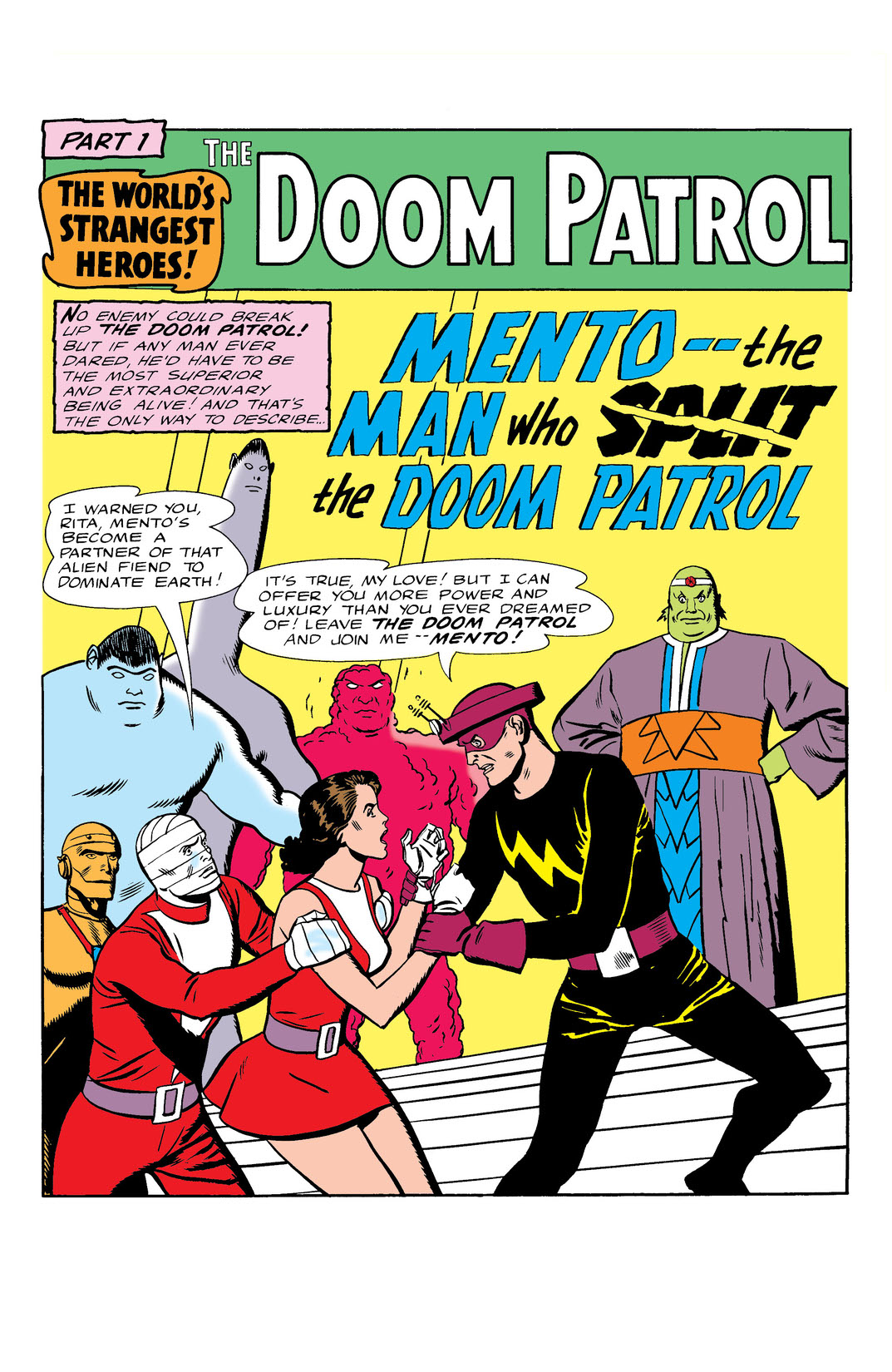 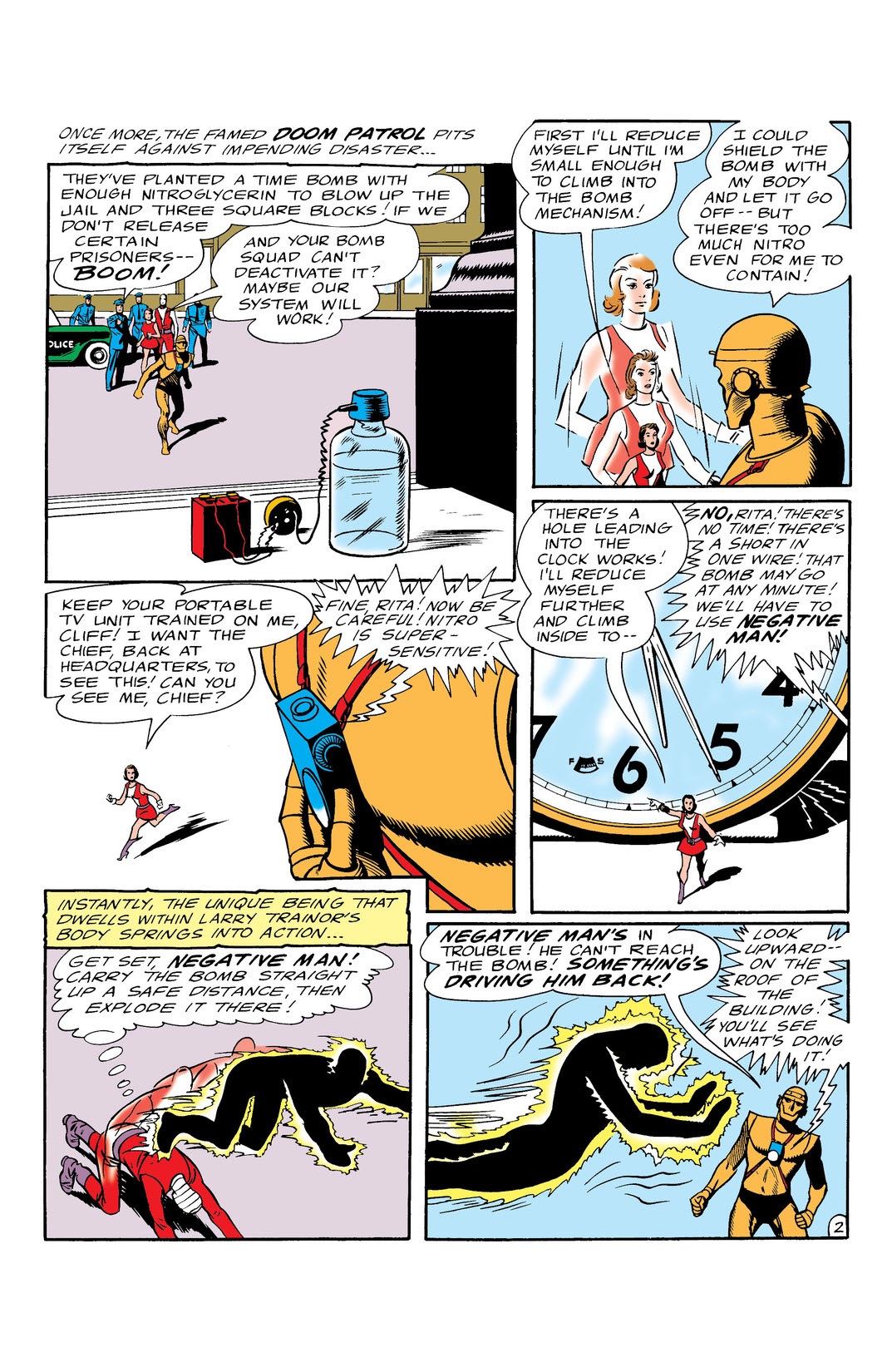 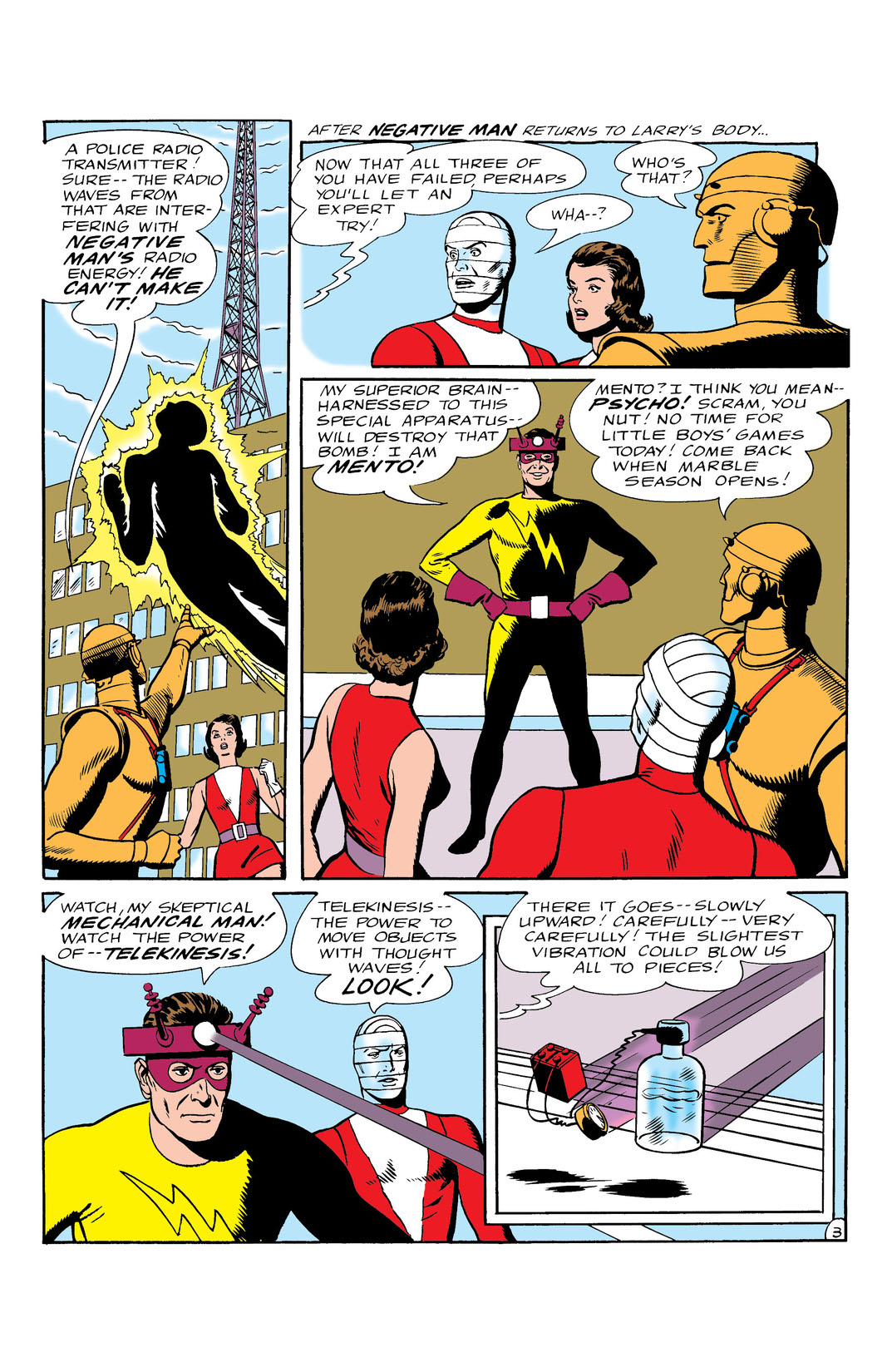 The Doom Patrol are called to a prison where a nitro-bomb has been placed to destroy the institution unless the prisoners’ demands are met. When the Doom Patrol tries to stop the bomb, they are intercepted by a man named Mento, who uses his mental power-enhancing helmet to dispose of the bomb instead. Mento, however, has his sights set on the lovely Rita!