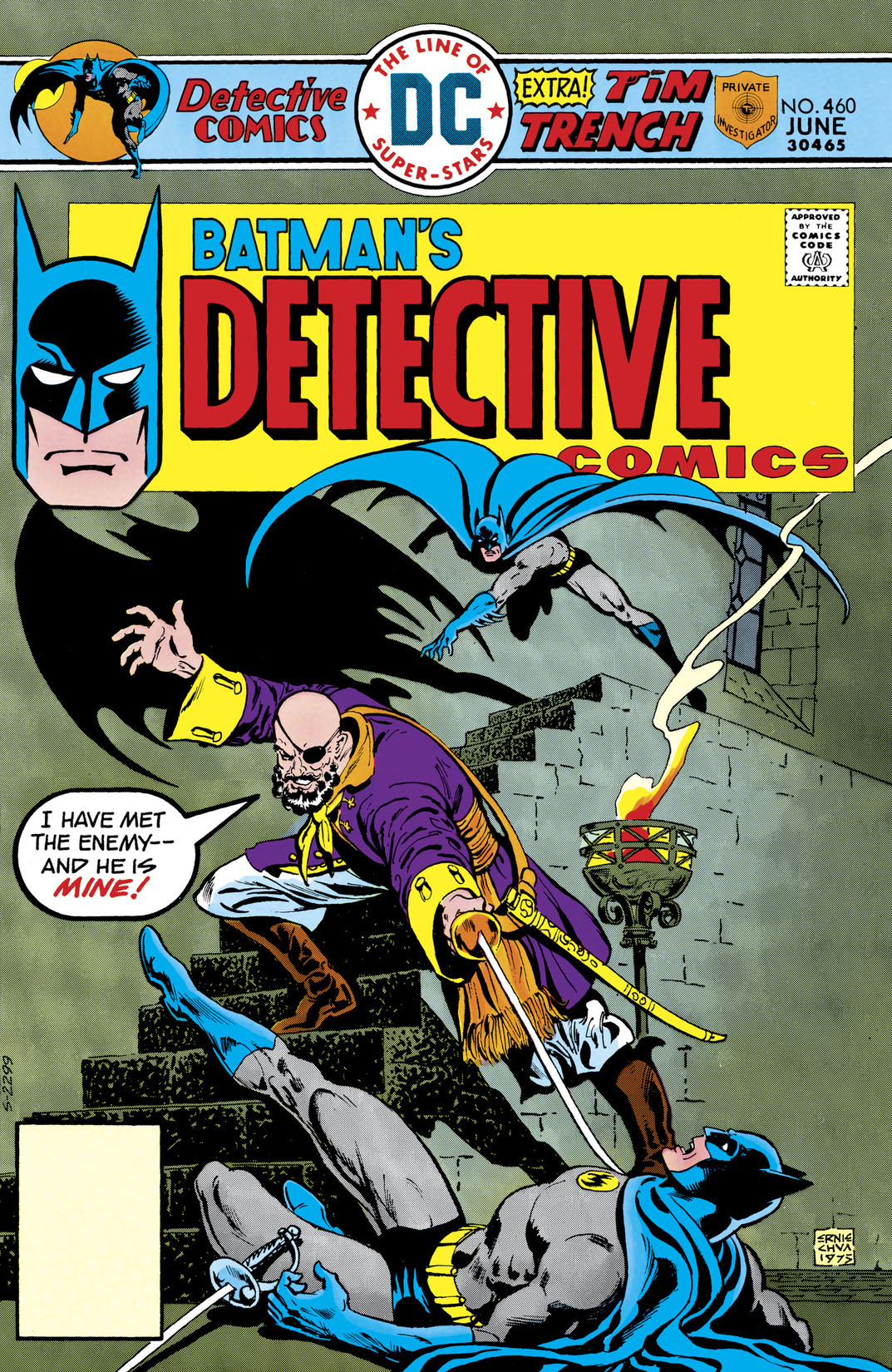 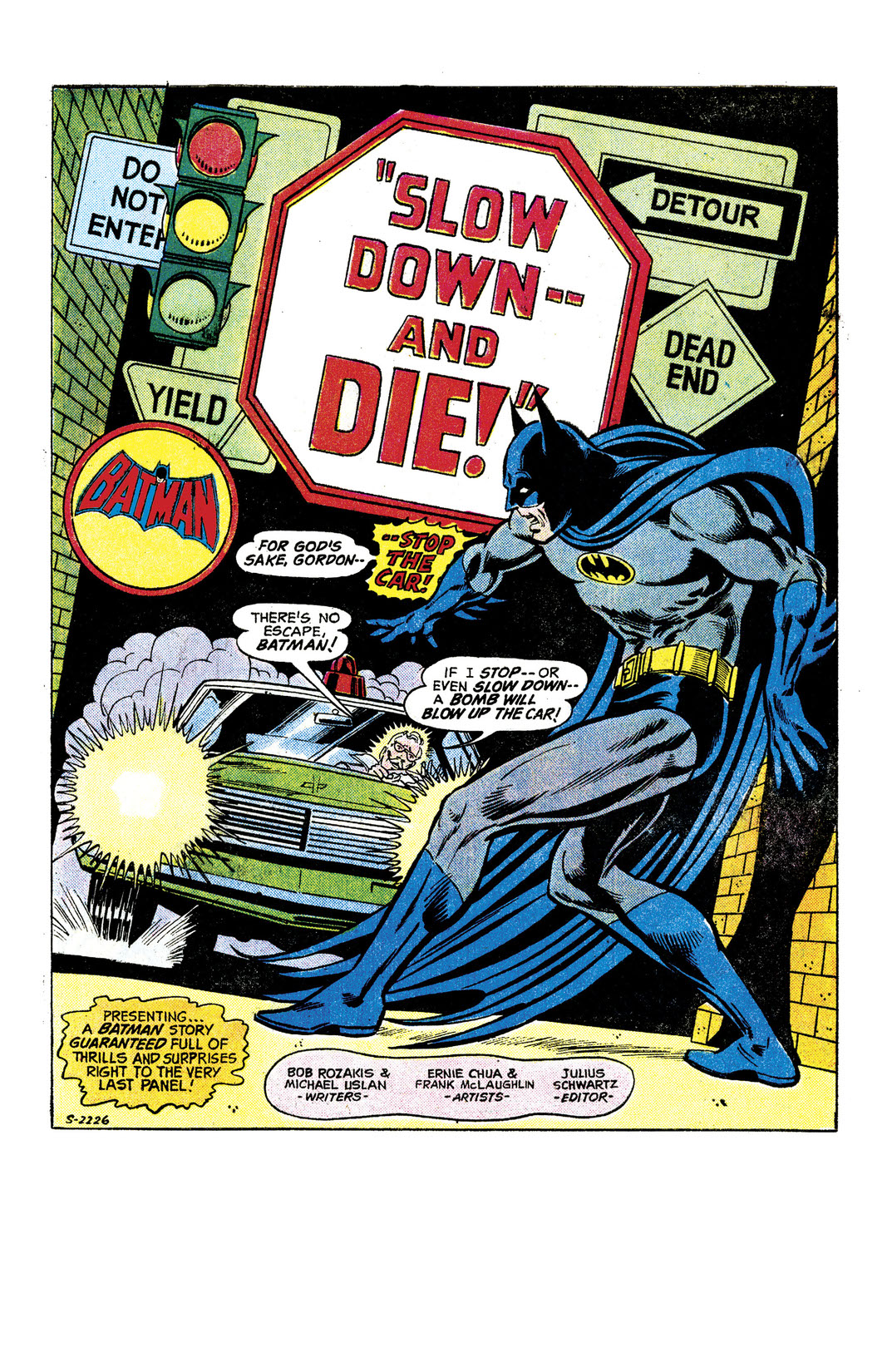 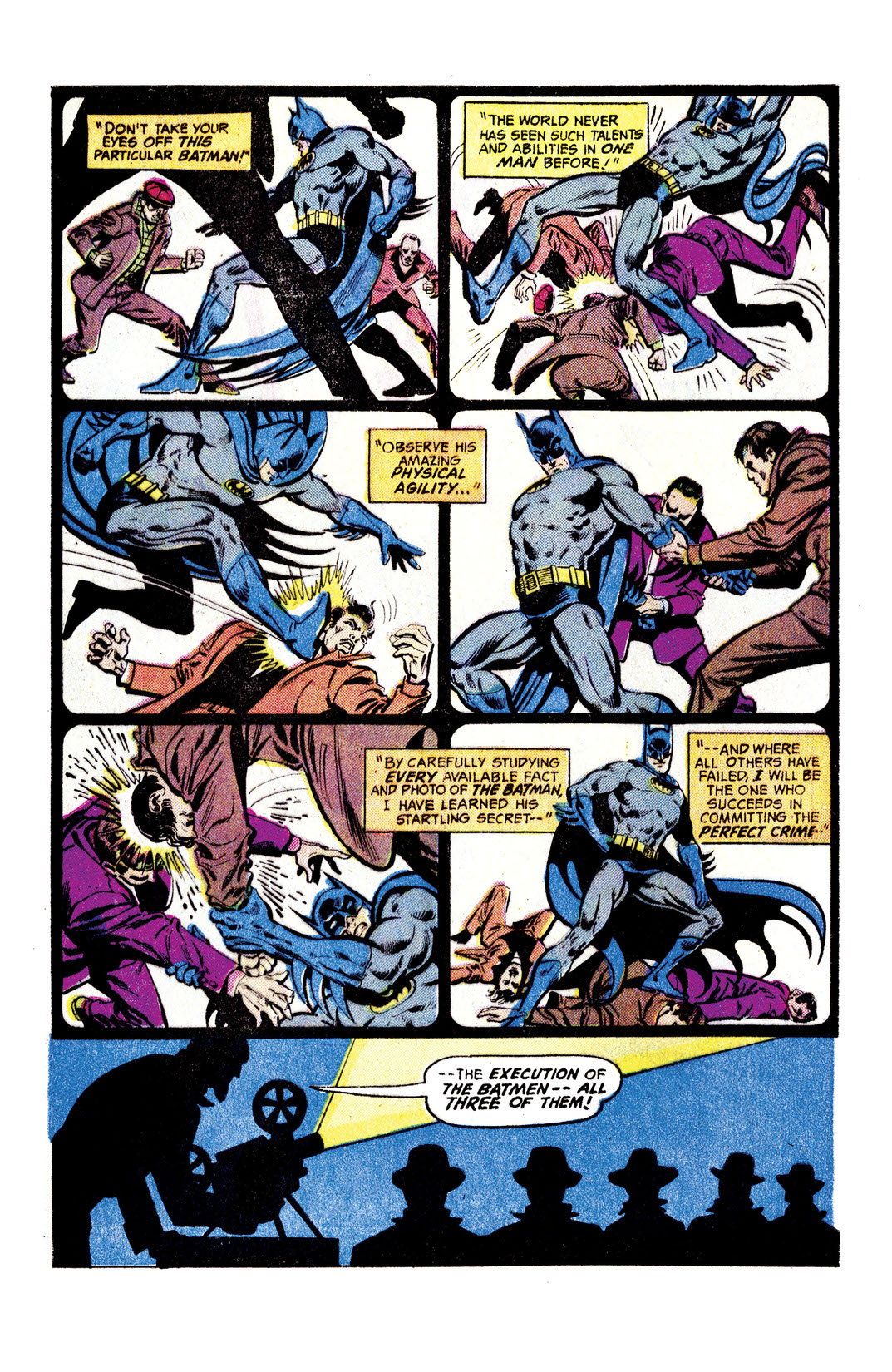 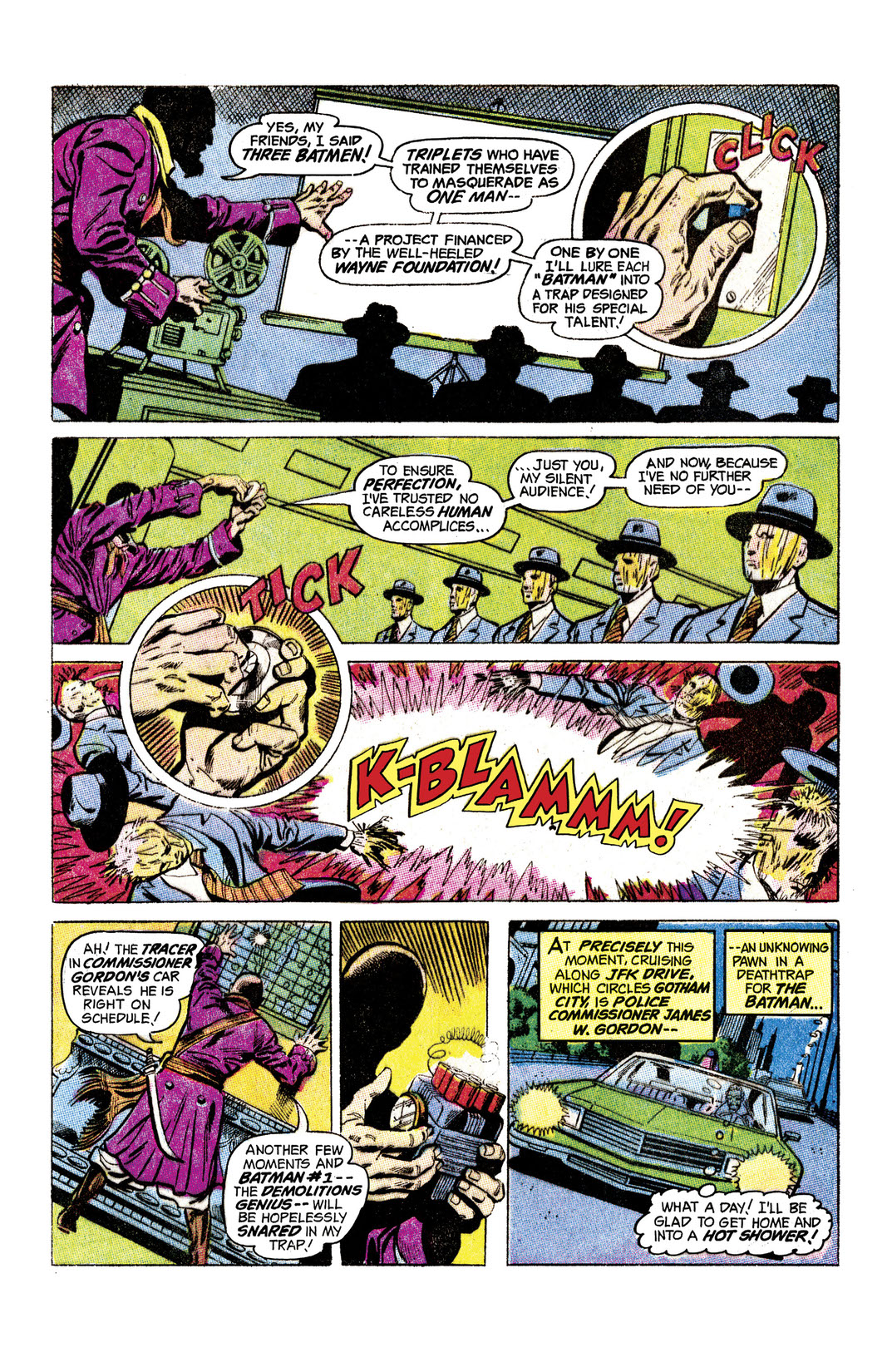 “SLOW DOWN – AND DIE!” Captain Stingaree, a sword-wielding villain, becomes convinced Batman is really portrayed collectively by the Courtney triplets, a team of private investigators, and captures one Batman, who proves to be Michael Courtney.