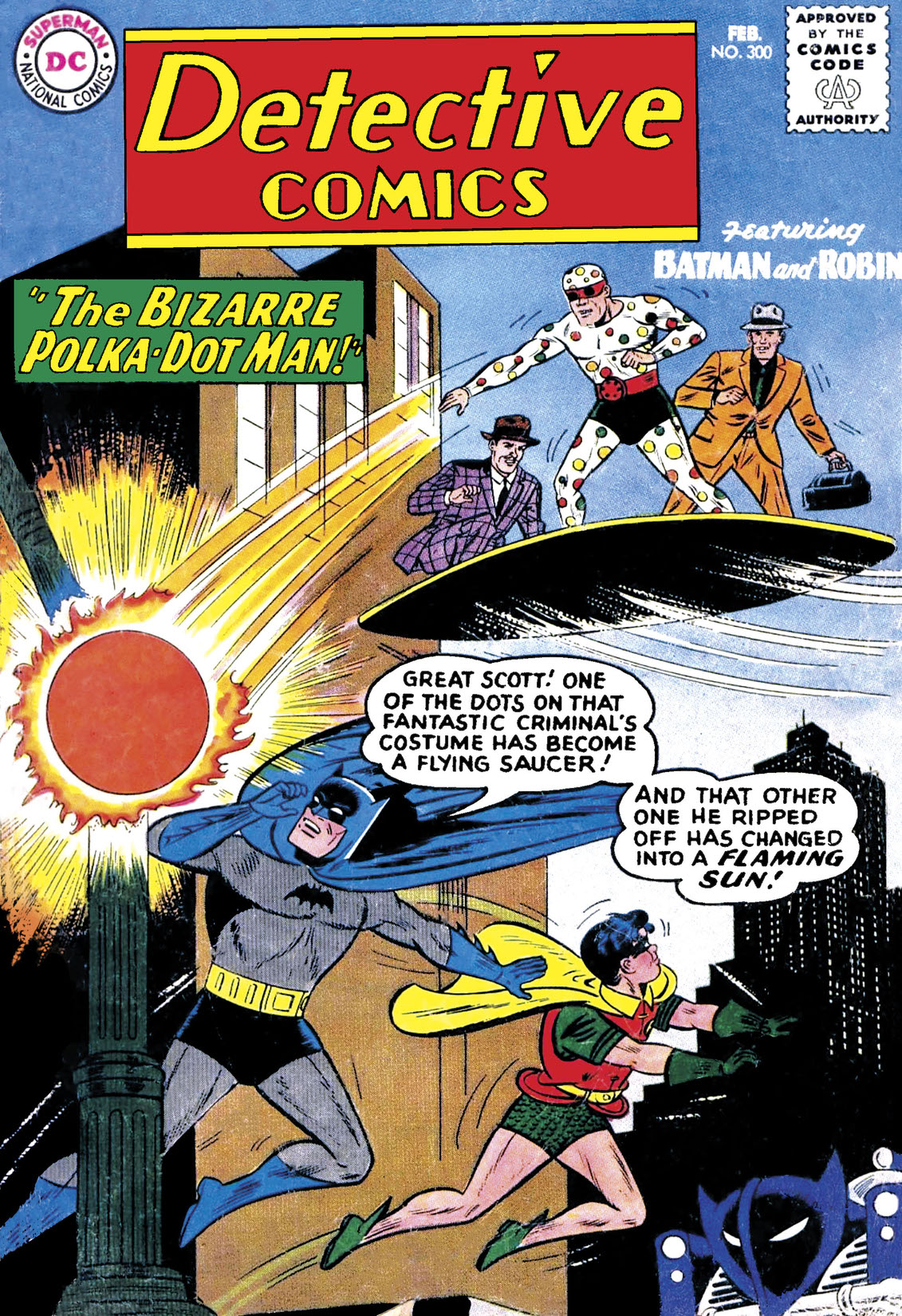 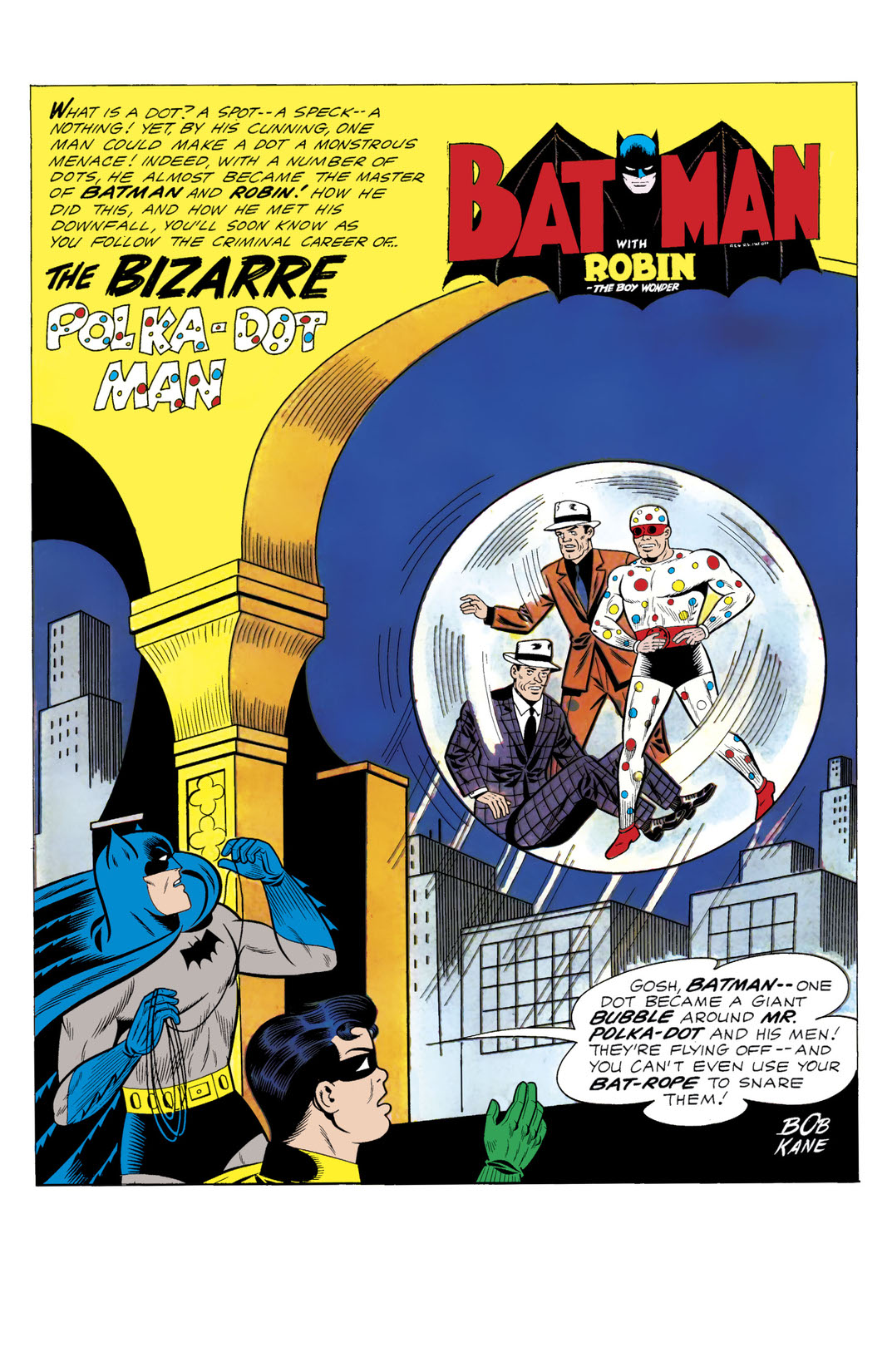 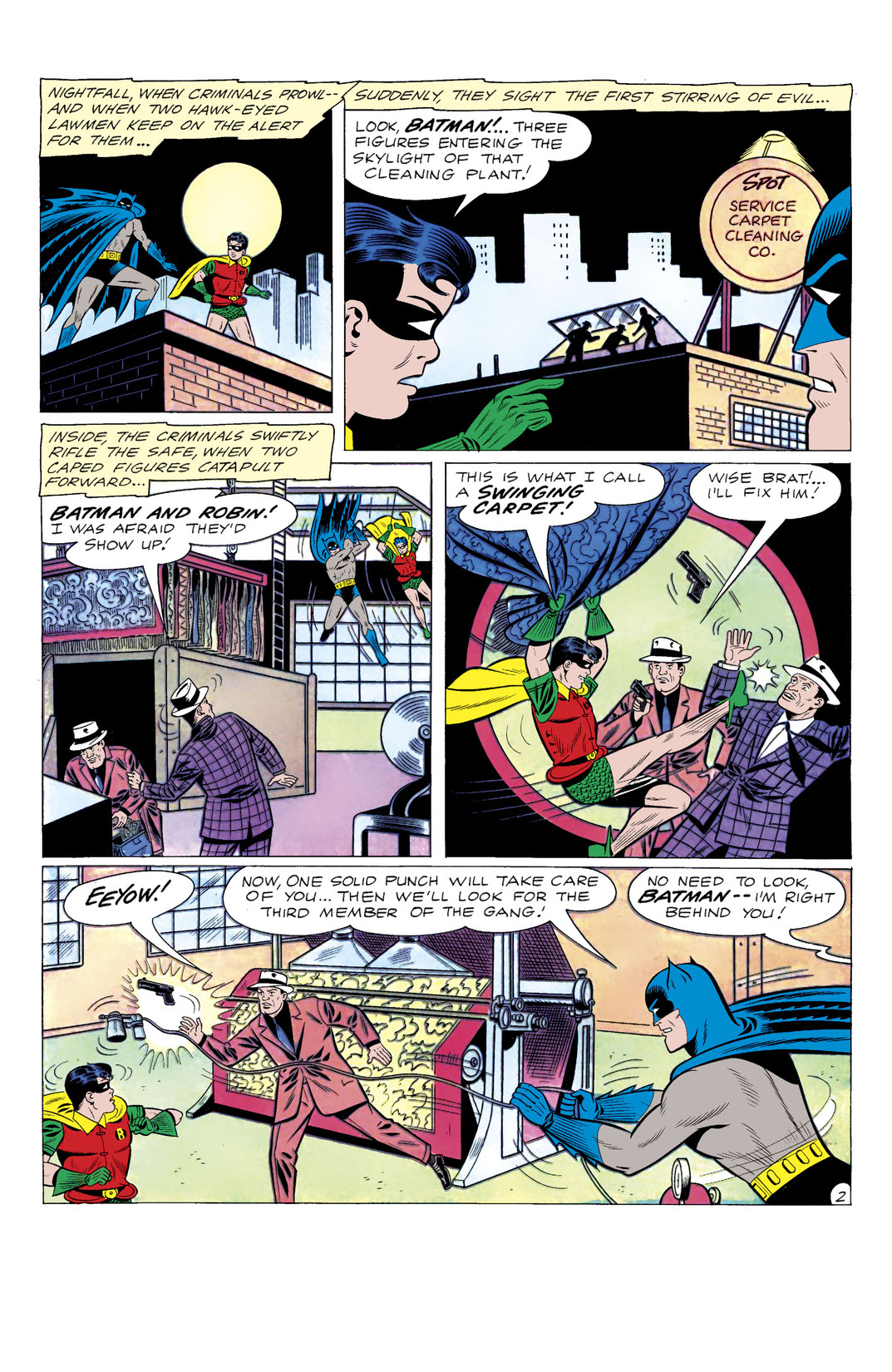 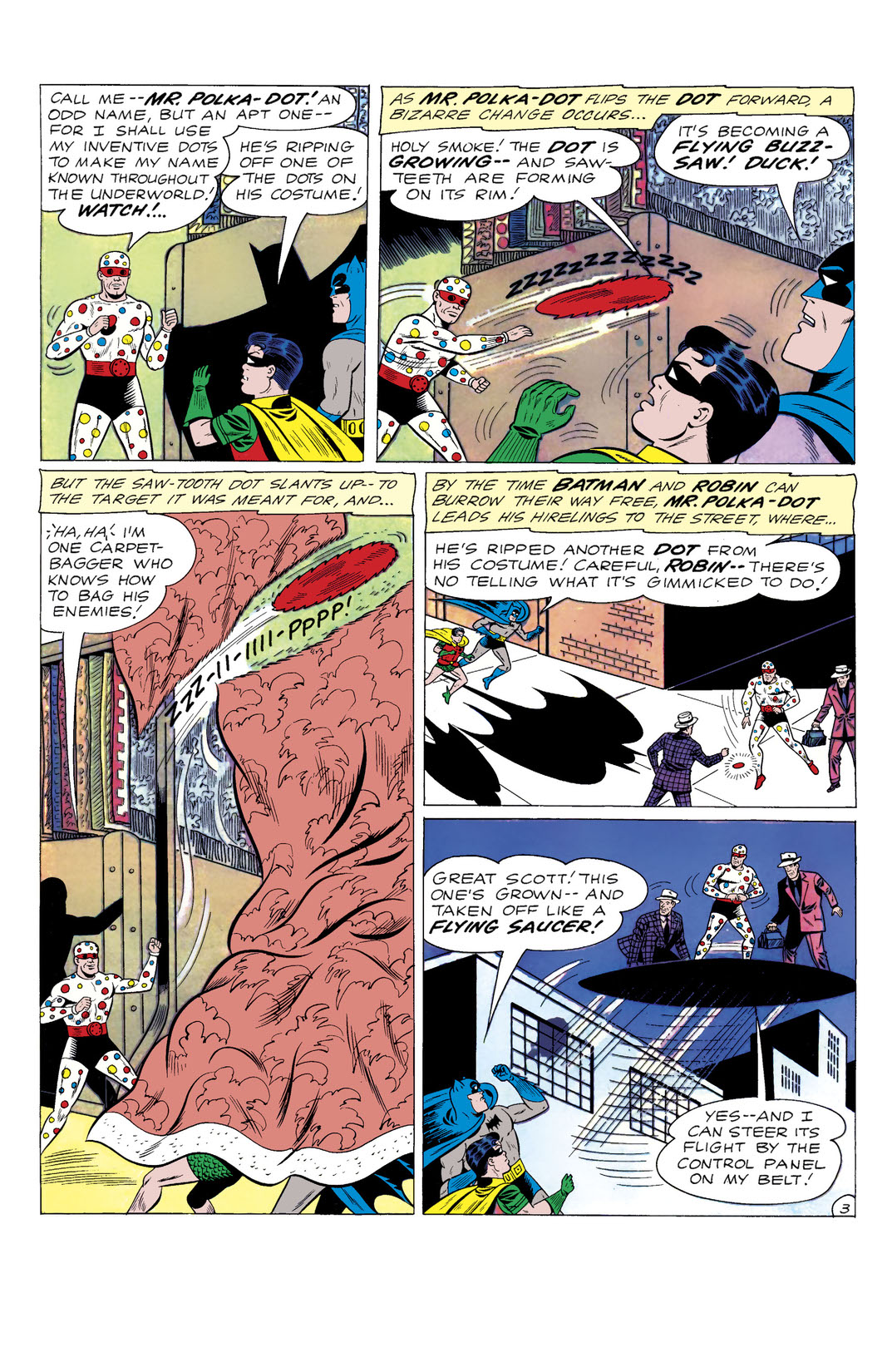 “BATMAN: THE BIZARRE POLKA-DOT MAN.” Batman and Robin confront a new costumed criminal in Gotham by the name of Mr. Polka Dot, who has started a crime wave based on spots and dots.