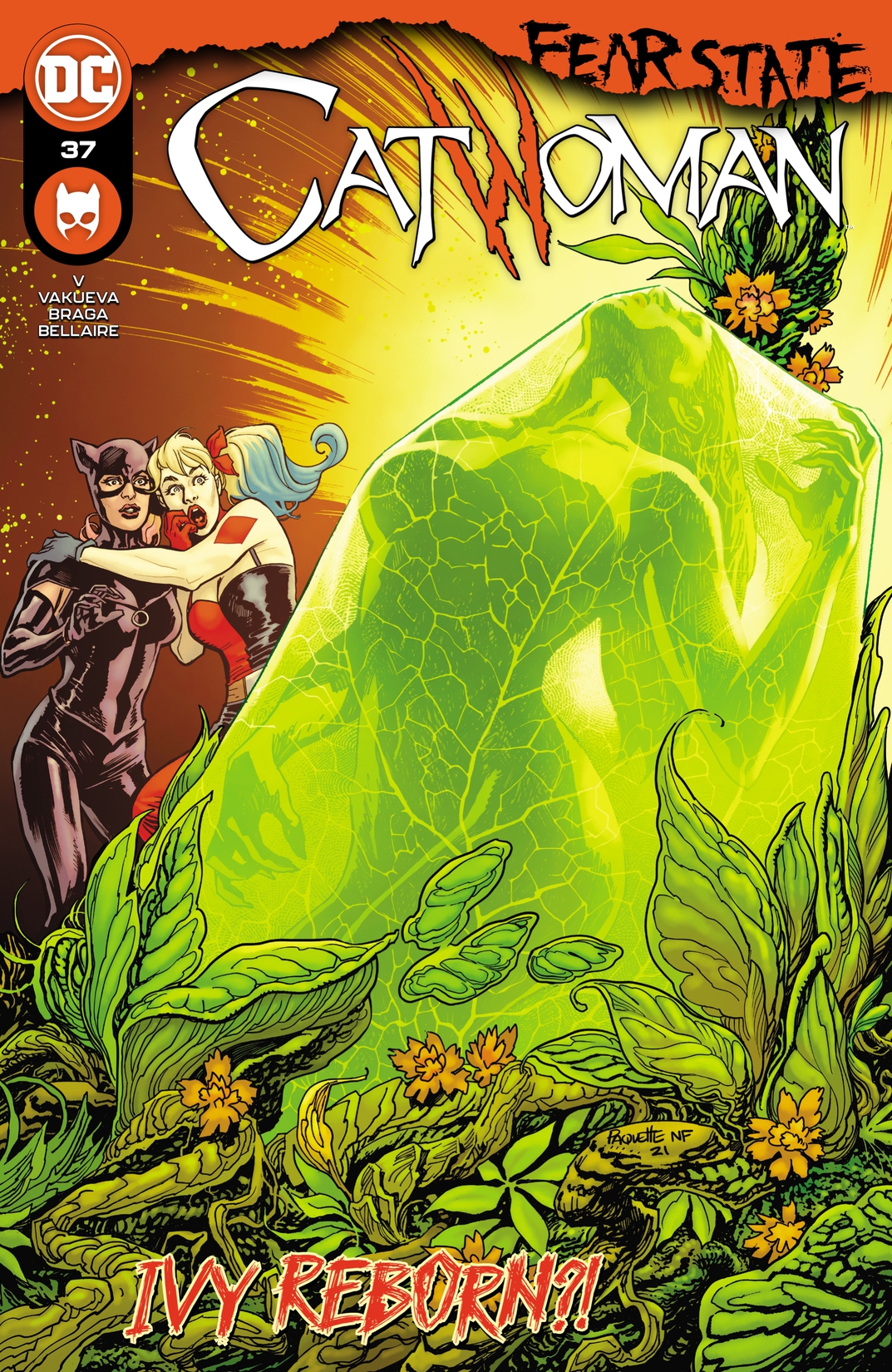 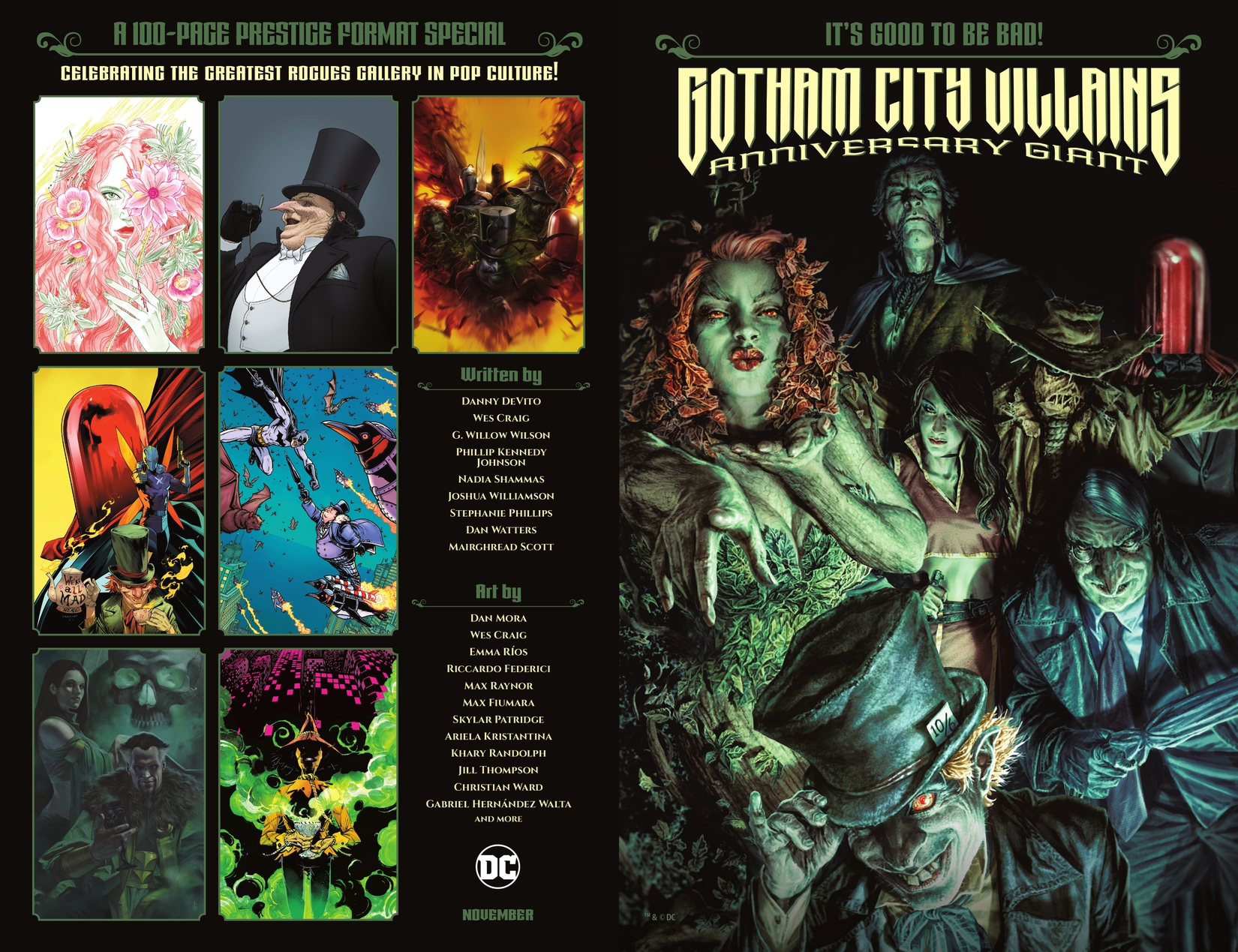 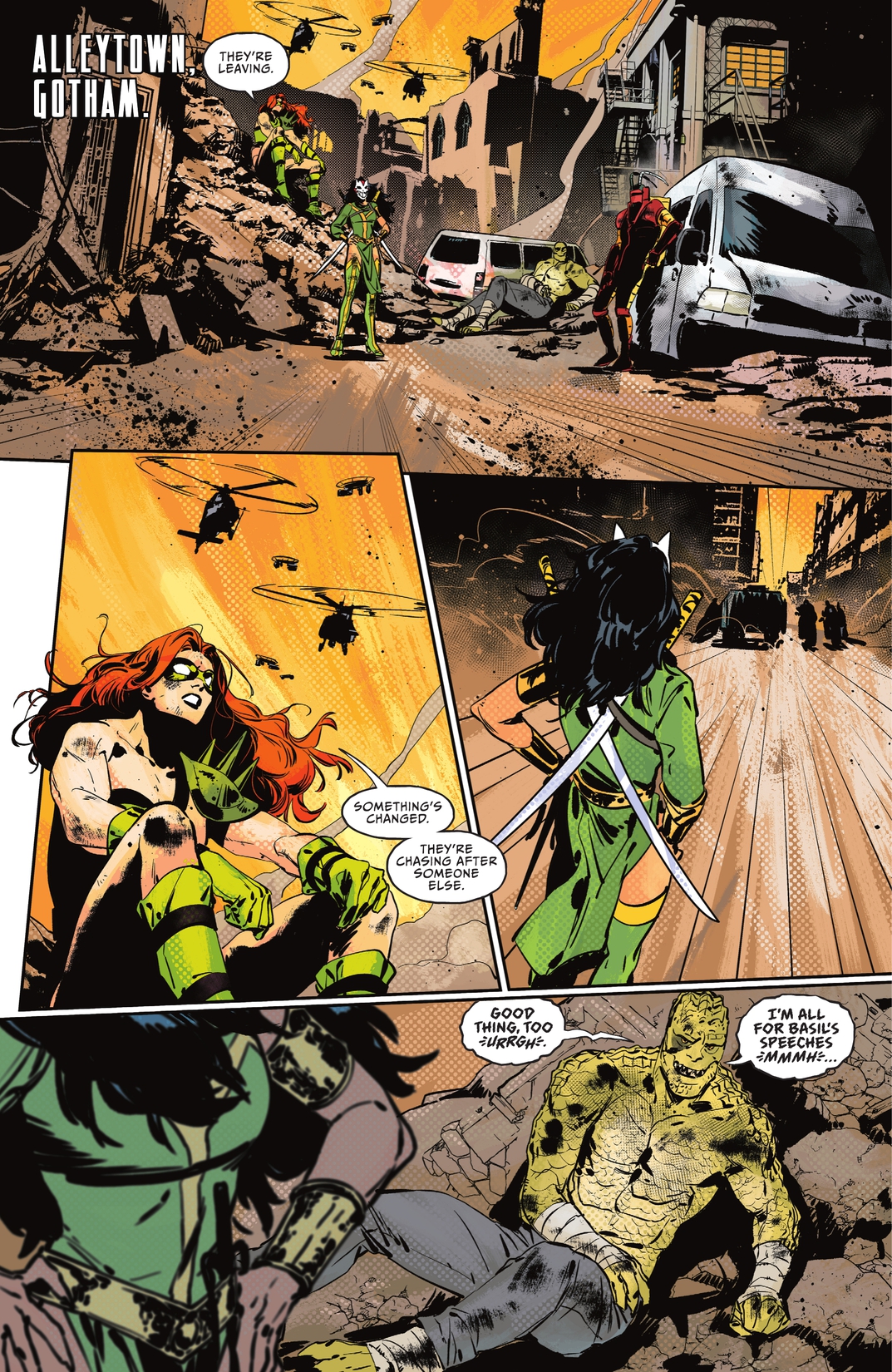 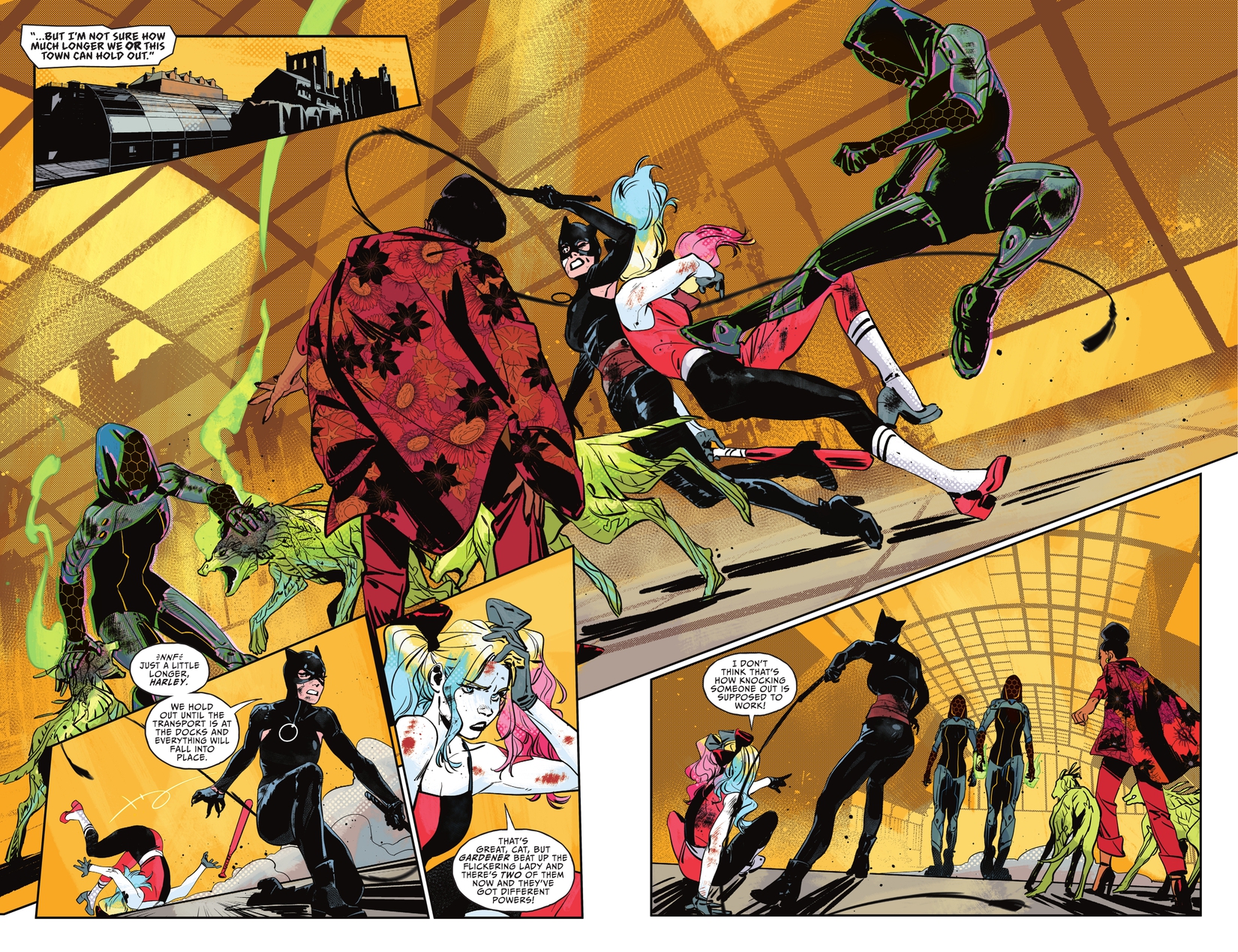 Catwoman’s attempts to keep Alleytown, and those around her, safe from collateral damage have failed. Simon Saint, the Wight Witch, Father Valley, and the Magistrate have all compromised her newly founded kingdom and brought her entire life to the brink. But despite Selina’s dreams of queenhood crashing down around her, there is still hope in the form of the Alleytown Strays. Could these children, trained by Selina, be her salvation? Or will they, too, pay for their involvement with Catwoman with their lives? And with Queen Ivy and Ivy aware of each other now, will they destroy the city or become one again?