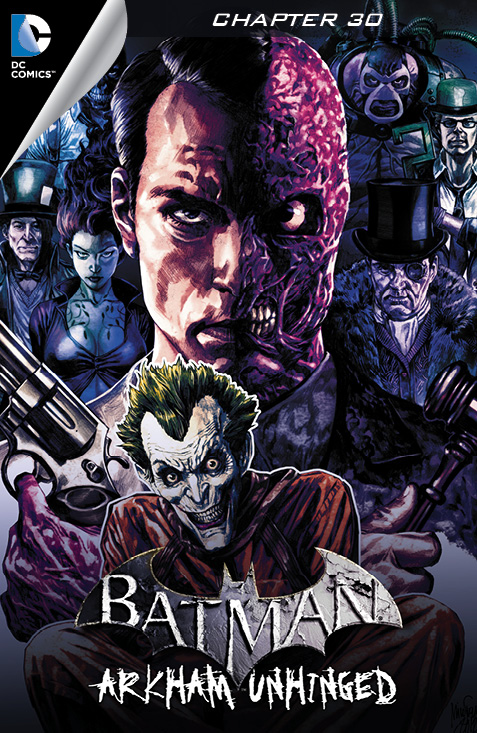 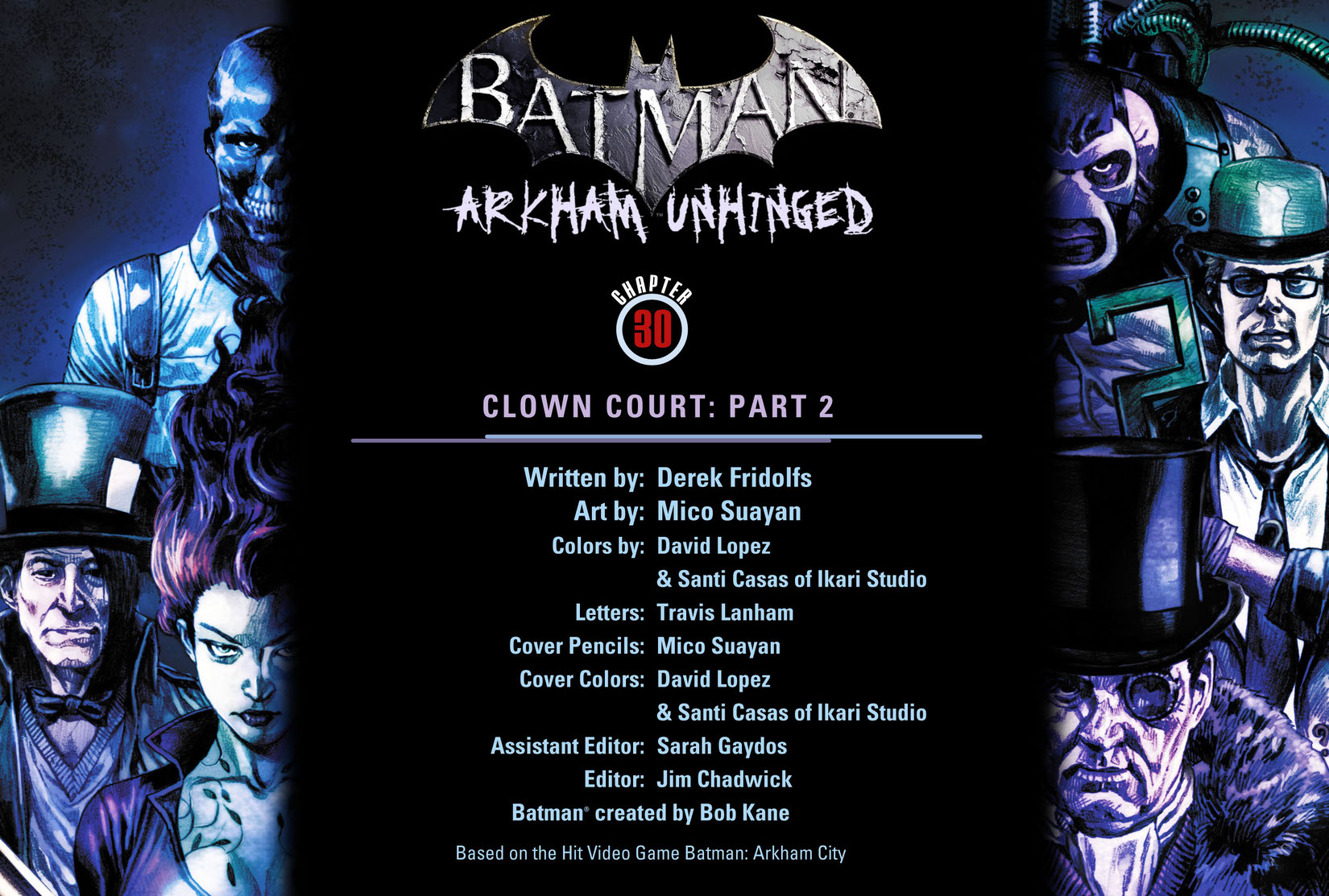 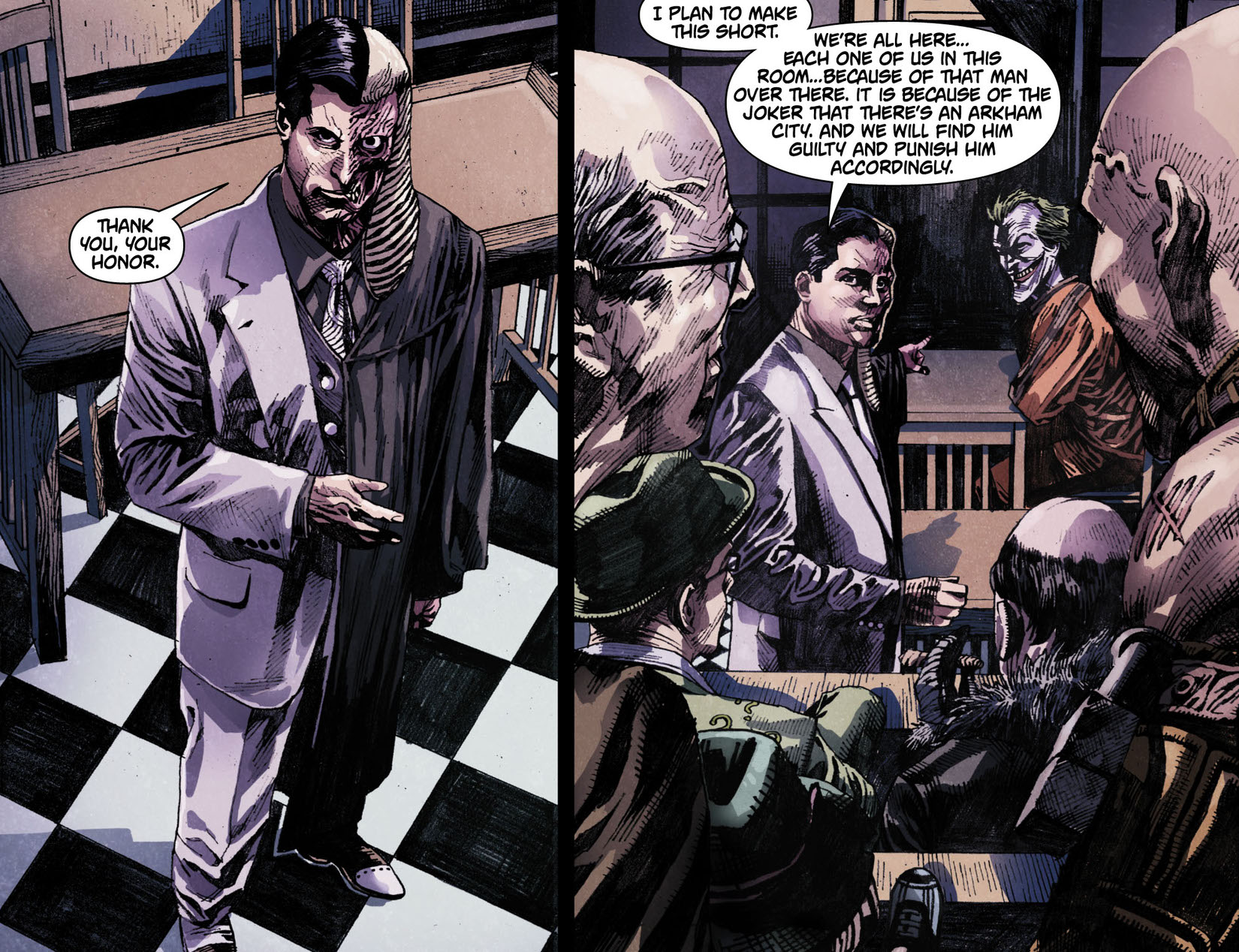 The case of the citizens of Arkham City versus Joker begins! Judge Harvey Dent calls many witnesses for the prosecution to the stand to argue in favor of convicting Joker...but Joker has a key ally as his defense attorney. When it comes time to deliberate, the jury's interrupted by a surprise, last-minute witness!